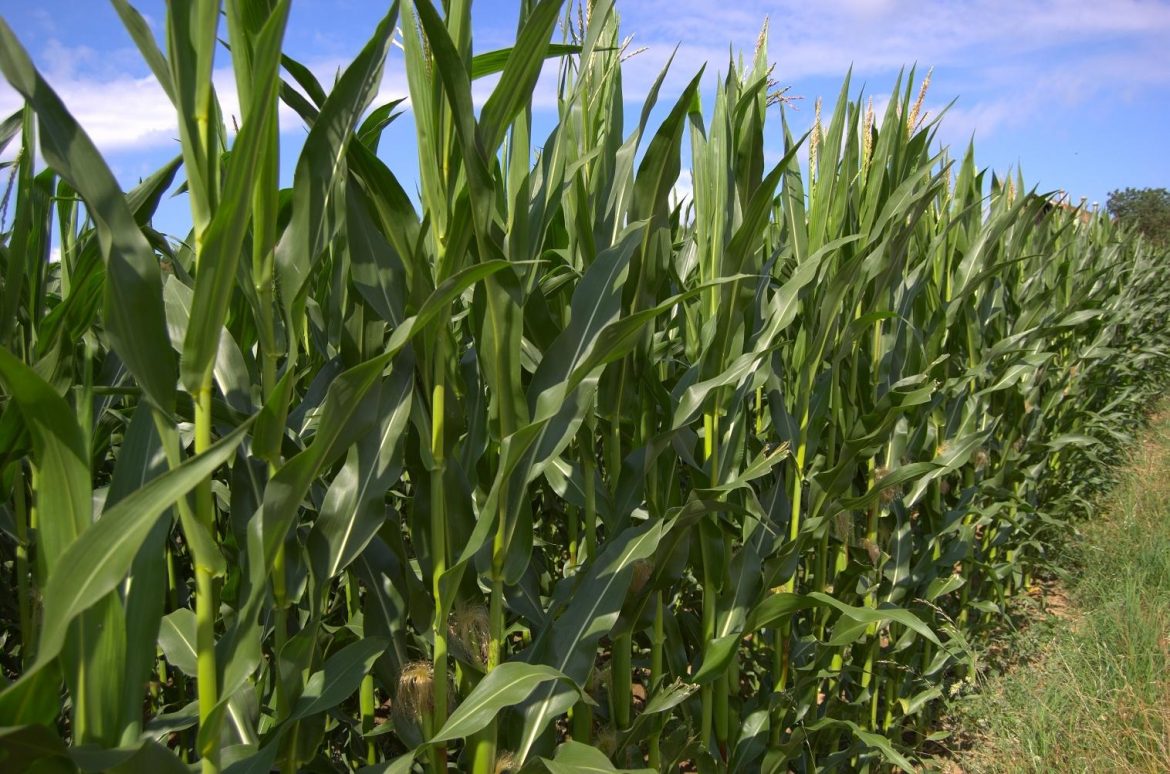 A changing climate has contributed to higher maize yields in Michigan and other Corn Belt states, a new study has found.

It attributes more than one-quarter – 28 percent – of the region’s higher crop yield since 1981 to trends toward overall warmer conditions, cooling of the hottest growing-season temperatures and farmers’ climate-related earlier planting and choice of longer-maturing varieties.

The climate trend accounts for 15 percent of the total yield gain, said lead author Ethan Butler of the University of Minnesota Department of Forest Resources.

Maize is “an important food, feed and fuel crop in the Midwest that is both highly productive and strongly influenced by temperature,” according to the study. It includes corn used as grain for processed food, sweeteners and alcohol, animal feed and ethanol but not sweet corn.

Butler and researchers at the University of California Irvine and Harvard examined U.S. Department of Agriculture (USDA) data for 1981 through 2017 for 12 Corn Belt states, including six in the Great Lakes Basin – Michigan, Wisconsin, Indiana, Minnesota, Ohio and Illinois. The others are Iowa, Kansas, Kentucky, Missouri, Nebraska and South Dakota.

The figures varied among the states, climate and trends in how farmers manage the timing of when their crop is planted and how long it takes to mature.  Combined, they accounted for an average 28-percent increase in yield across the Midwest, according to the study, “Peculiarly Pleasant Weather for U.S. Maize.”

Perhaps the study’s most surprising finding is that the hottest temperatures “have actually cooled” during the past 36 years in the Corn Belt, unlike in other parts of the country, Butler said. That means fewer “killing degree days” in which the crop is exposed to damaging high heat.

Lenawee County is Michigan’s leader in corn production, USDA data shows. Other counties in the top 10 include St. Joseph, Ionia, Allegan and Montcalm.

Overall, the state’s crop is worth more than $1 billion a year, with annual production of about 300 million bushels, according to the Michigan Corn Growers Association.

However, Jim Zook, the association’s executive director, cautioned that the study should be taken “with a grain of salt” because yield has steadily increased since 1936 in the state.

Zook attributes the higher yield primarily to improved technology in the seeds – the kernels –that “protects and enhances” traits that increase yield, as well as to advances in the precision of machinery that farmers use in the field.

And he questioned the study’s assessment that changing temperatures play an important role in higher yields. “We can only plant when ground conditions get over 50 degrees,” he said.

Butler agreed that the majority of the increase is due to non-climatic factors such as better agricultural technology, improved genetic stock and better crop management techniques.

Butler said, “Across the Corn Belt, what farmers have been doing has worked out really well.”

While yield has improved in Michigan, total annual production is down because the state’s farmers have been planting fewer acres since the peak of almost 356 million bushels in 2014, according to the Corn Growers Association website.

The reason is economics, Zook said. When maize prices are low, farmers shift their land to more profitable crops such as wheat, soybeans and dry beans.

The study published in the “Proceedings of the National Academy of Sciences” said continued improvements in yield “are critical to meeting the demands of a growing and more affluent world population.”

But it warned that there’s no guarantee that “beneficial climate trends” will continue and Butler emphasized that the research team’s historical analysis doesn’t speculate about the future. Climate scientists say that a warming climate leads to more frequent extreme weather events.

As the study put it, “Whether historical patterns of adaptation will prove successful under future climate is also unclear. If droughts like those in 1988 and 2012 grow more frequent or intense, they could overwhelm the benefits of planting longer-maturing varieties