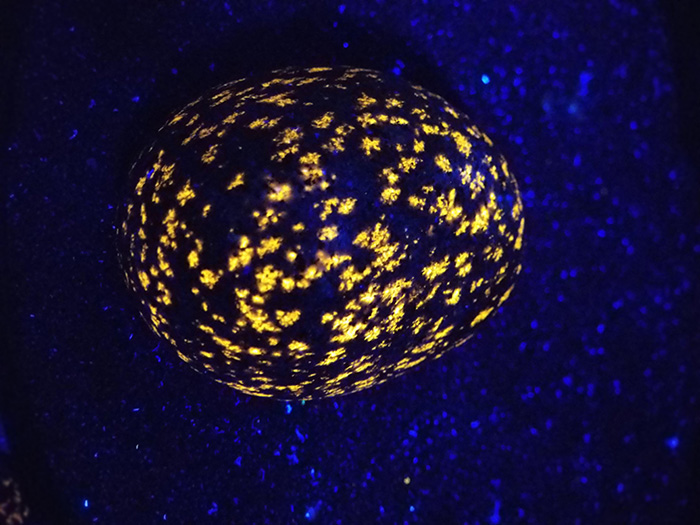 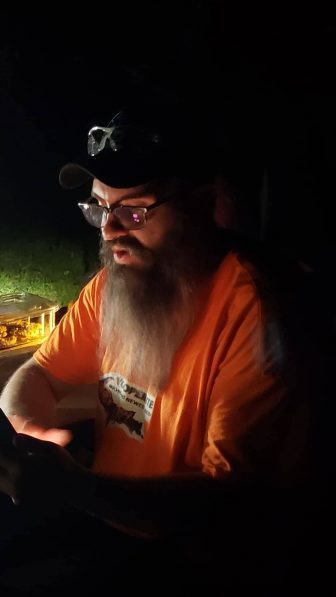 Michigan native Erik Rintamaki discovered a glowing rock on the shores of Lake Superior – and a new career path.

The Upper Peninsula resident found the luminescent stone near Newberry in June 2017. He called the stone the “yooperlite.”

He doesn’t claim to be the first person to have found it on the beaches, but he is the first to get the stone verified by a lab at Michigan Technological University.

Rintamaki uses a blacklight to illuminate the beach. Yooperlites glow a fluorescent orange when the light hits them.

But yooperlite has opened doors for Rintamaki. He hosts yooperlite tours, sells the stones on eBay and hopes to trademark the name to sell merchandise with it.

“As soon as your flashlight hits one of these rocks, it glows like there is an internal fire in that rock,” said Molly Spencer, who took the yooperlite tour in August.

The tours can be booked through the yooperlite Facebook page and yooperlites.com. This season he led all of the tours himself, but he might have to hire more tour guides for next summer if the demand continues to grow.

Since his discovery, he has been interviewed by many publications including Forbes, CBS News, the Detroit Free Press and news organizations in Asia.

Rintamaki has depended heavily on the support from online communities, including Natures Rainbow on Facebook and the Florescent Mineral Society, which is a community made up of professional and amateur rock hounds. Members post their rock finds on the group’s Facebook page and gain feedback from other members.

Although he could focus on his new popularity and the sales demand for the yooperlite, Rintamaki says he likes to connect with other people, hear their stories and share his.

“Every time someone finds their first it takes me back to when I found my first one,” he said.

As he guides groups up and down the shoreline he makes it his mission to help each individual discover a yooperlite of their own.

“There is something absolutely magical,” he said.

His popularity has caused his tour business, rock sales and messages to erupt. He had to hire a website designer, a financial advisor, a trademark attorney and a marketing team to keep up with the growth and to protect his brand and stop others from printing “yooperlite.”

When he’s not working at a casino as a poker room supervisor, he plans to collect rocks until the snow falls. He anticipates a busy season next year.

“This has been quite the little journey I’m on so far and it’s just getting started,” Rintamaki said.