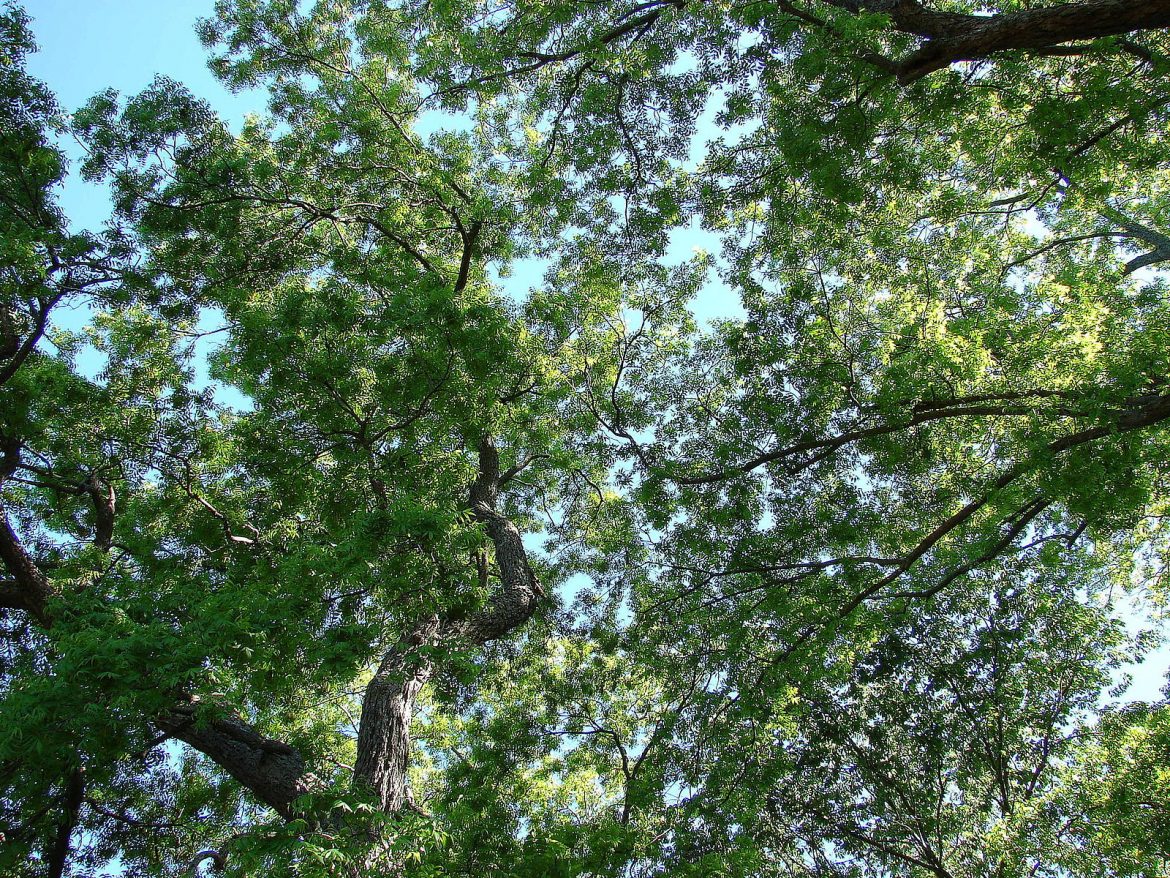 A nationwide loss of tree cover includes all the Great Lakes states but Minnesota, according to a new study.

And even the U.S. Forest Service data showing that the percent of tree cover in urban and community areas remains steady in that state is not statistically significant, said Brian Schwingle, a forest health specialist at the Minnesota Department of Natural Resources.

“It’s odd that Minnesota did gain impervious ground cover (which water can’t permeate or soak through) but we didn’t lose forest,” said Schwingle, who wasn’t involved in the federal study.

Among the other Great Lakes states, Illinois, New York and Ohio registered the largest percentage loss and Wisconsin the smallest.

During the five-year study, urbanization and suburbanization nationwide added about 167,000 acres annually of pavement and other impervious cover, such as roads and buildings. Impervious cover can increase air temperatures, harm water quality and stream flow, increase building energy use and emit more pollution.

Ohio was among the five states with the greatest percentage increase in impervious cover during the study period.

As folksinger Joni Mitchell would have put it:

In total, 45 states showed a net decline in urban tree cover, according to the study.

Forest Service scientists David Nowak and Eric Greenfield used aerial photographs to reach their conclusions, which appeared in the journal “Urban Forestry & Urban Greening.” They’re based at the State University of New York College of Environmental Science and Forestry in Syracuse.

Reasons for the changes include development, storms, disease, fire, pests and property owner choices on what to do with their land. On the plus side of the equation are planting efforts, tree growth and natural regeneration, the study said.

“This trend will likely continue into the future unless forest management and/or urban development policies are altered, particularly given the threats to urban trees associated with development, climate change, insects and diseases, and fire,” the study reported.

For example, the invasive emerald ash borer has devastated tens of millions of ash in Michigan, many of them street trees that had been planted – ironically – to replace elms previously killed by Dutch elm disease, said Kevin Sayers, the state urban forestry coordinator at the Michigan DNR.

“It’s like a series of waves,” Sayers said, adding that the new worry is the Asian long-horned beetle. That wood-boring invader threatens maple, birch, elm, willow and other hardwood species, according to the National Invasive Species Information Center.

Michigan was the first Great Lakes state to report the emerald ash borer in 2002. Minnesota was the last, in 2009.

Minnesota’s situation may get worse as more ash die. A 2010 DNR survey found that ash constitute about 20 percent of community trees in the state, with the proportion as high as 60 percent in some communities in western Minnesota, said DNR forestry outreach specialist Jennifer Teegarden,

“At this point there could be significant canopy loss,” Teegarden said, noting that the DNR has no grants to help communities remove, treat or replant infested ash.

The Forest Service study said, “A critical question related to urban forest sustainability is whether tree cover is trending upward, downward or remaining stable. By knowing the amount of and direction in which urban tree cover is moving, urban forest management plans can be developed to provide desired levels of urban tree cover and forest benefits for current and future generations.”

Sayers, who wasn’t part of the study, said Michigan communities that participate in the Tree City USA program submit annual reports on how many trees they plant, remove and prune.

The program recognizes local governments for excellence in urban forestry management. Michigan has 115 participating communities this year, Wisconsin is among the top five states and Ohio has more than 200 participants – the most in the country.

“Every year we’re losing public trees – park trees and street trees – and those are from our best- managed communities,” Sayers said. “If that’s a barometer, it’s no surprise we’re losing trees.”

But it’s more than a matter of mere numbers.

The study didn’t put a dollar value on other benefits, such as reduced storm water runoff and “improved social well-being,” but lead author Nowak said, “We are working on reduced storm water runoff and air temperature effects, among others. Quality of life will be a tougher one to assess as it is vague, but many of these individual effects – for example, air temperatures– affect quality of life.

Nowak said, “If cities want to reverse that trend, they may need to do things differently. Cities could develop local tree cover goals and plans to attain those goals. Knowing rates of change in urban forests is important, but what society does with this information to help create more sustainable and healthy forests in the future is more important.”

One thought on “Where has all the tree cover gone? Fast time passing?”