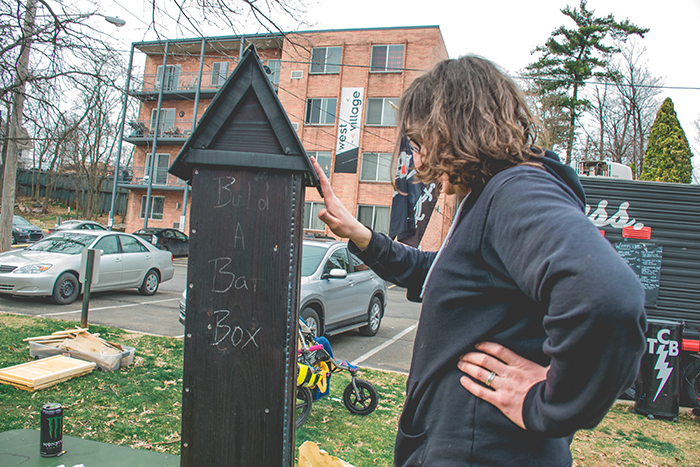 Peter Fowler is the president of the Bat Association of Michigan State University.

In April, the association threw a workshop. They talked about the importance of bats and their impact on the ecosystem, and they built some “bat boxes.”

“For the community bat houses we wanted to build something small, easy to mount in a number of locations and relatively versatile,” Fowler said. 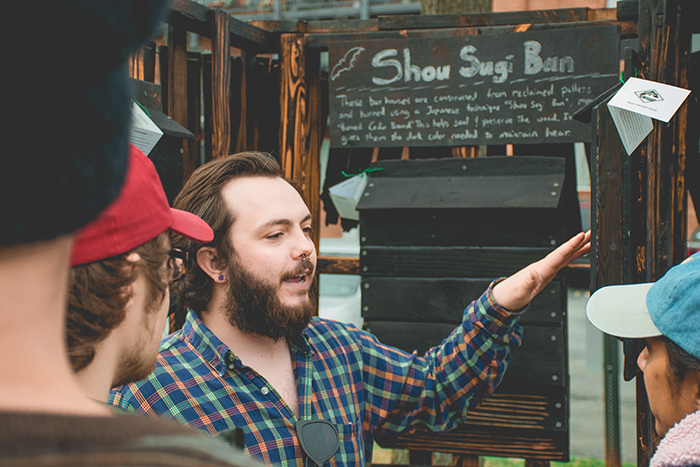 The bat boxes are 2- to 4-foot tall black wooden boxes that can hold up to twenty bats. Fowler says bat box building is a meticulous process.

“We’ll be burning them using a centuries old Japanese method called ‘Shou Sugi Ban,’ which literally translated means burn cedar board,” Fowler said. “Burning the boards helps preserve them, makes them water resistant and gives them a dark color that can maintain the heat.”

Volunteers from across the state came to the workshop.

“We were really excited about the prospect of getting more habitat restoration going in the area,” Fowler said.

Fowler says bats are losing habitats left and right, including in mid-Michigan.

“Just a couple of years ago, 200 trees were removed from the former Red Cedar Golf Course, which were known to be home to a number of endangered Indiana bats,” Fowler said.

Fowler says that by building bat boxes, they’re trying to educate the public on the importance of the winged creature. 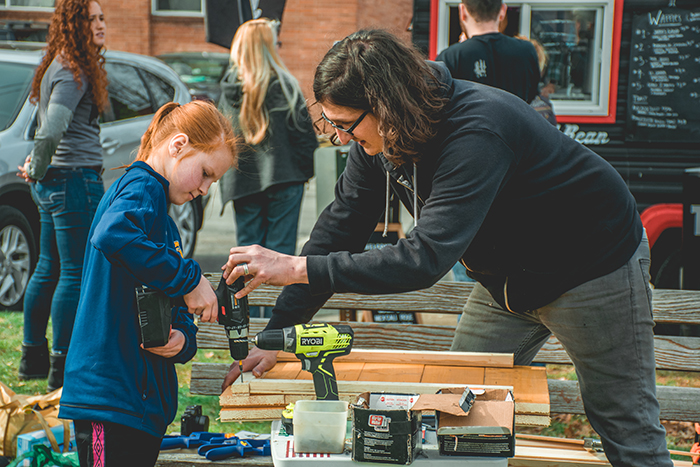 “Bat houses are a great way for the community to engage in habitat restoration, and it also serves as a point of education about the important role these often-ignored animals serve our ecosystem,” Fowler said.

Alexandra Shigley is the president of the Zoological Students Association, which helped put on the event.

Shigley says giving bats homes will prevent the spread of disease by isolating bats and preventing them from gathering in large groups.

“In Michigan we have the white nose syndrome, and it actually wakes them up from their winter hibernation,” Shigley said. “It can spread so quickly. Researchers will go into these caves and the bottom of these caves will just be covered in bats.”

Both groups are giving Lansing area residents bat boxes to put up in their neighborhoods. Shigley says that if you’re afraid of bats getting into your house, these bat homes may be a solution.

“It’s important for people to know that bat boxes are a way to keep bats out of your house but give them a healthy place to live,” Shigley said.