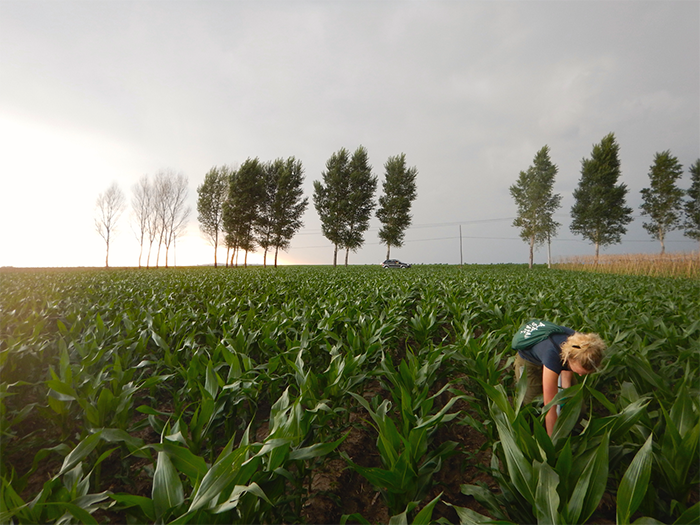 What do Chinese soybean farmers have in common with the health of Michigan’s rivers?

While their relationship may not seem obvious, both are now studied through an emerging concept in scientific research called telecoupling.

That’s when researchers connect the science of human behavior and the study of ecology to better understand how the world is connected. It’s a technique that can help experts predict future natural disasters and environmental needs.

Scientists are increasingly optimistic that understanding these connections can provide more accurate predictions of environmental disasters, Herzberger said. That allows us to create policies to better balance people and the environment.

The idea of coupled human and natural systems isn’t new. The new aspect of this framework is finding connections among systems around the world.

The concept is exemplified by Chinese soybean farmers switching to grow corn and rice due to the large amount of imports of soybeans from the United States and Brazil.

The change in crops could reduce soil quality, Herzberger said. 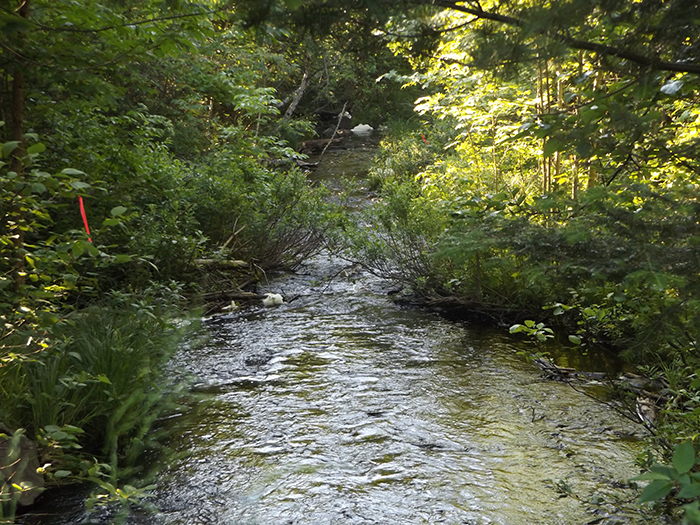 Researchers studied the North Branch of the Paint River in Michigan to help develop the decision-support tool. Image: Andrew Carlson

This environmental effect has the potential to cause China to buy more corn and rice from U.S. farmers, Herzberger said.  Or the exact opposite: It could cause the Chinese government to create incentives to grow soybeans again, therefore needing less from the U.S.

In the case of the health of Michigan’s rivers, the telecoupling framework combined ecological data gathered from Michigan anglers and the state Department of Natural Resources representatives to better predict trout distribution in a changing climate.

Andrew Carlson, another doctoral candidate in the Department of Fisheries and Wildlife at Michigan State, developed a computerized system that brings together social and environmental data to predict climate changing effects on Michigan’s trout.

The tool is based on local data, but the goal is to gather information globally to better predict what affects trout location within and beyond Michigan, Carlson said.

Future research will focus on how people interact with the environment, perceive fish management and encounter natural resources via angling or tourism, Carlson said.

“The telecoupling framework connects human systems and ecosystems in ways that have never been identified before,” Carlson said.

People study fisheries on a local scale, but this framework challenges scientists to look at the bigger picture to study world-wide influences as well, Carlson said.

Others have already made similar connections.  For example, MSU researcher Jiangua “Jack” Liu discovered how promoting conservation of pandas in zoos around the world increased conservation efforts of their habitats in China.

We are only beginning to understand the interactions between coupled human and natural systems in fisheries and wildlife, Carlson said.  New and helpful ways to apply that understanding are likely to emerge as we learn more about them.

“The telecoupling framework allows us to create predictive models to better design environmental policies with knowledge of their effects on people and the environment,” he said.  The real benefit could be an increased quality of life with less risk to persons and property.