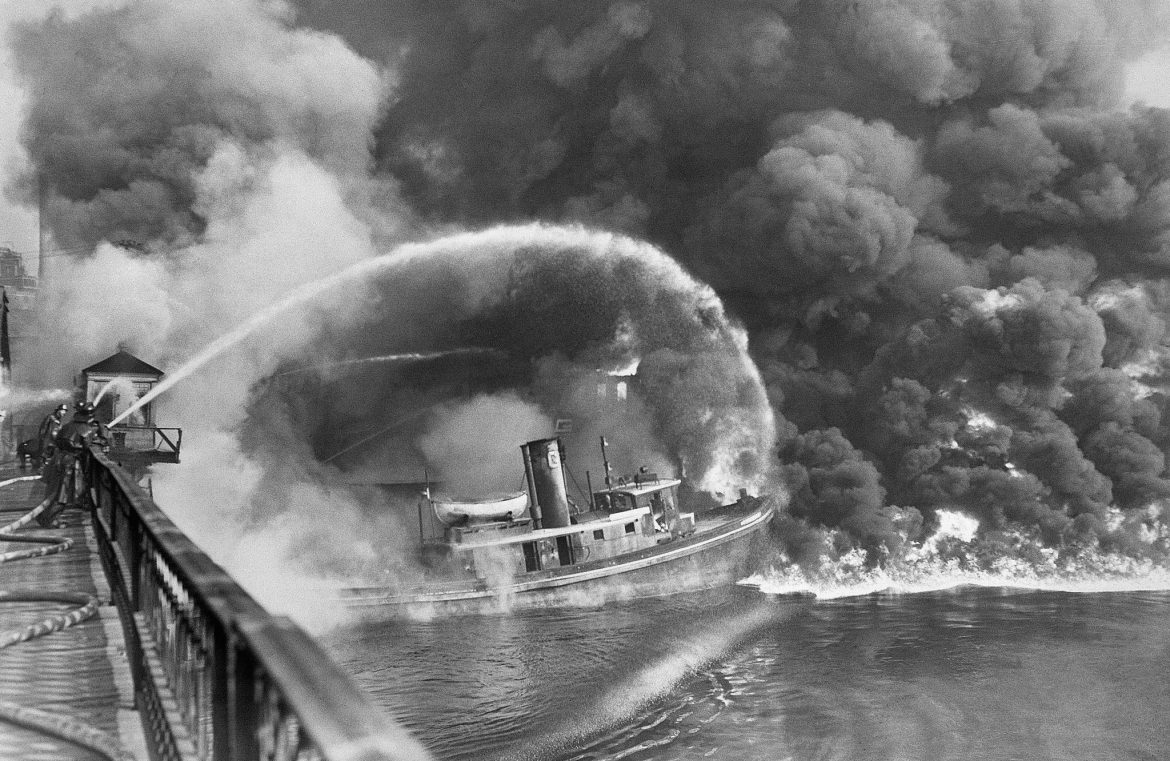 A river that once caught fire is once again among those under the microscope for pollution pouring into the Great Lakes, researchers say.

“This is a Great Lakes-wide problem,” said Heiko Schoenfuss, director of an aquatic toxicology lab in St. Cloud, Minnesota.

It’s a problem his lab has studied at 16 sites in three rivers, each flowing to one of the Great Lakes, said Heiko, the senior author of a report about the impacts of pollutants on fish published in May in the journal ScienceDirect.

The river most affected is the Cuyahoga River in Cleveland that flows into Lake Erie, according to the report.

This is the same river once consumed by flames in the ‘60s caused by heavy pollution in the river, said Michael Murray, a staff scientist for the National Wildlife Federation’s Great Lakes Regional Center.

“The river is symbolic because it highlighted the obvious manifestation of pollution,” Murray said. “Many say it helped spur Congress to write the Clean Water Act back in 1972.”

Location of three sample sites from the report.

While fire is no longer a concern for the river, pollution is still a big part of the conversation. The pollutants nowadays are as diverse as personal care products like shampoo and laundry detergent to pesticides and even hormones, Heiko said.

His team at the Aquatic Toxicology Laboratory at St. Cloud State University has a sense of how they got there.

“In the upstream regions where you have a lot of agriculture, you see a lot of pesticides or hormones,” he said. “When you get downstream, you see more urbanization where wastewater treatments plants and home septic systems will discharge those pollutants.”

The river is much better than it was when she moved to Cleveland 30 years ago, said Agnieszka Wooten, who frequently hikes and paddles the area. Back then, animals like beaver, otter and bald eagles were not seen near the river.

“It wasn’t too many years after that I started noticing that eagles are coming back to this area,” she said. “It’s clean enough for them.”

Improvements to the water quality in the Cuyahoga River have had a huge impact on animals living in and around the river, Murray said.

“We consider the bald eagle a success story,” he said. “The pollution used to really affect them in that river.”

While the animals are not going belly up, Heiko said the effects of pollutants on fish in both the river and Great Lakes remain a concern.

“What they do is very subtly change the fish hormones for reproduction and metabolism,” he said. “They are subtle, but over time they can add up and you might see an adverse effect on an ecosystem.”

He compares the changes in fish to a home thermostat. You may not notice if someone comes in and changes the temperature a few degrees, but it will show a difference on your monthly bill.

Although the pollutants make subtle changes to the fish, they are still safe to eat, Heiko said.

“I would definitely eat a fish out of the Cuyahoga River,” he said.

Pollution visible beyond a microscope still has some local residents worried, Wooten said.

“The farther up steam you go, especially during the rainy seasons, trash gets washed upstream,” she said. “You’ll see condoms, bottles, sanitary napkins that people dispose of.”

Talking about the pollution in the river and raising awareness about the impacts it has on the Great Lakes has her hopeful for the river’s future, Wooten said

“People try to avoid these subjects they give you a weird look (and ask) ‘Why do you want to talk about these things?’” she said. “But it is an important conversation.”

Editors note: This story was updated April 20, 2018, to correct the number of rivers studied.