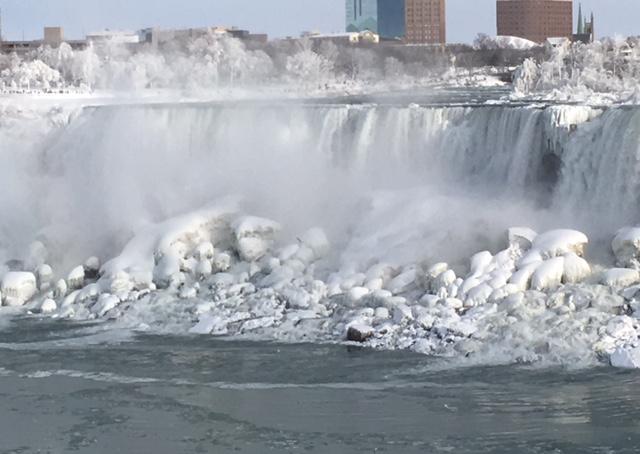 If you like ice, you have to love the Great Lakes, where it comes in all shapes and sizes. With the recent deep freeze, we’re seeing a lot more ice than in the past few winters — including a frosty Niagara Falls. Here’s a look at some unusual shapes and sizes:

Pancake ice forms as sections of ice collide amid the waves, and the edges get raised and rounded, like a pizza. Here’s a sample on Lake Michigan from Visit Grand Haven:

Ice balls begin as a small chunk of ice, and get bigger as waves sculpt them, as this recent MLive video shows. They can even grow to boulder size.

And there’s the ice volcano, shown here in a 2016 video from the shore of Lake Erie (via Wide World of Trains):

But one of our all-time favorites is ice stacking — basically glass-like pieces that are tossed by waves. Here’s a 2016 video from the shore of Lake Superior (via RadiantSpiritGallery):

One thought on “Video: Ice balls, ice volcanoes and more ice on the Great Lakes”