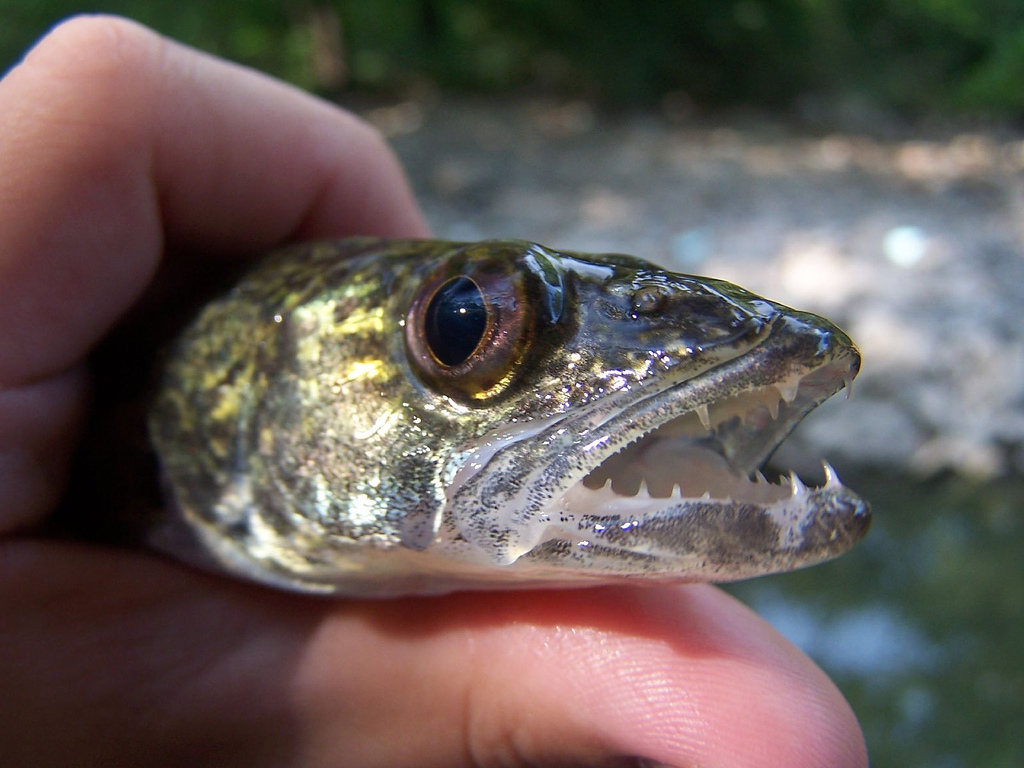 Lake Huron walleye aren’t picky when it comes to food. And perch are on the menu.

The lake’s food web has changed dramatically in the past 15 years, paving the way for a walleye comeback, just a few decades after their near-collapse. The walleyes’ adaptive taste has played a big role in their reemergence as one of the top predators in the lake, according to a recent study in the journal “Ecology of Freshwater Fish.”

But wildlife managers worry that the walleyes’ good fortune threatens perch, another important sport and commercial fishery in the crook of Michigan’s Thumb,  Saginaw Bay.

“One of the side effects of walleye recovery is that they have been feeding heavily on young yellow perch,” said Dave Fielder, a fisheries research biologist with the Michigan Department of Natural Resources.

In response to the walleye boom, the department revised catch limits in the bay in late 2015, Fielder said. Walleye limits went from five to eight fish per day, while the minimum size was lowered from 15 to 13 inches. The shift is consistent with the department’s changing approach to a walleye fishery that has now stabilized. The hope is that it will also benefit perch.

The bay’s perch population is stable, but the walleye have created a bottleneck, he said. Young perch are common, but few survive into adulthood. 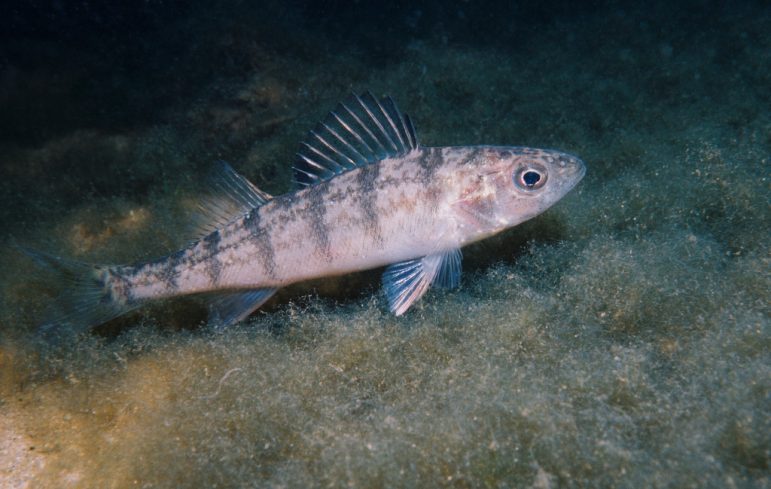 Perch make up a large part of walleye meals, although that fluctuates by season. Previous surveys show walleye almost exclusively eat perch in the fall, said Tomas Höök, a professor in the Department of Forestry and Natural Resources at Purdue University and one of the study’s co-authors.

Scientists believe the shift in perch and walleye numbers was caused by the collapse of alewives, an invasive species that proved to be the last block to the food web’s Jenga tower.

“A lot of things changed when the alewife basically disappeared in 2003,” said Steven Pothoven, a fishery biologist with the Great Lakes Environmental Research Laboratory, in Ann Arbor, Michigan, and one of the study’s co-authors.

No study has proven that the alewife collapse caused the walleye resurgence, but the timeline adds up too perfectly for scientists to see it as coincidence.

The alewife, one on a list of invasives from the Atlantic Ocean that traveled by canal to the Great Lakes, had integrated itself in Lake Huron in the mid-1900s and came to serve as an important food source for walleye. But scientists now say the alewife may have also hindered walleye reproduction by feeding on their young.

Walleye populations in the lake and especially in Saginaw Bay were almost all from raised stock, Höök said.

Researchers now recognize that the alewife were serving as food for more fish than was thought,  Höök said. The Atlantic Ocean natives were also living in what was close to the coldest habitat they could survive in. The aggressively cold winter of 2002 was enough of a punch to the population in Lake Huron to put them down entirely.

In the aftermath, some predators have adjusted and some have not. The walleye isn’t picky. It seized the opportunity and went after more perch–and other fish, like round goby and rainbow smelt–to fill the void in their diet.

It’s not all bad for perch. Their numbers have increased, Pothoven said. There are just fewer of them surviving into adulthood.

Fishery managers hope to help both perch and walleye while stabilizing the bay’s food web by reintroducing another species.

Cisco, or lake herring, disappeared from much of the Great Lakes region in the mid-1900s after overfishing and habitat destruction decimated their population. There’s some evidence that they laid eggs and raised their young in the bay, Höök said. 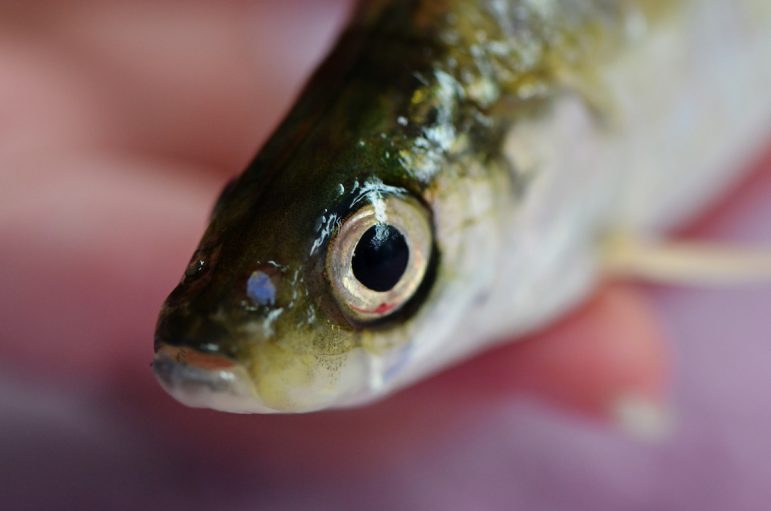 The cisco could act as a kind of buffer for perch, he said. They lack the uncomfortable back spines of the perch and give a larger energy boost than goby, an invasive fish that is an important part of the bay walleye’s diet.

The Michigan DNR has partnered with the United States Fish and Wildlife Service on a 10-year cautiously optimistic initiative to rear and stock cisco in outer Saginaw Bay, Fielder said.

“It’s an experiment,” he said. “But cisco have been successfully reintroduced in other areas.”

The walleye collapse in  Saginaw Bay was unwittingly aided by housing developers, Höök said. Their clear-cutting along the shore left the soil exposed and susceptible to erosion. Rain washed that soil into the water, eventually covering the reefs where the walleye used to spawn.

With the historic spawning reefs covered, researchers are looking to make new ones.

They just need to figure out if it’s possible, Fielder said. The goal is to restore one acre of reef. The effectiveness of that acre would decide the fate of the larger project.

If approved, teams would dump rock from barges into the bay to form the new reef, Höök said.

This article was revised to clarify that the United States Fish and Wildlife Service is leading the cisco stocking project in the Saginaw Bay.