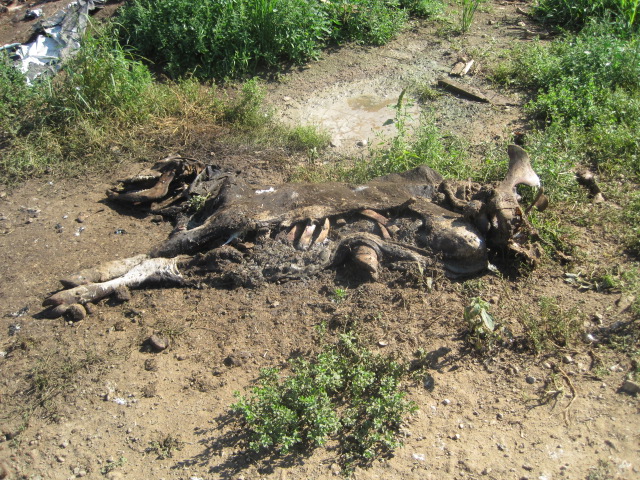 Unburied cow carcasses can lead to conflict between wolves and people, according to a recent study.

The study of wolves in Michigan’s Upper Peninsula found that nearly a quarter of the diet of wolves consists of cattle in areas near dairy and beef farms.

It’s not that wolves prey on livestock, said Tyler Petroelje, a doctoral candidate at Mississippi State University who led the study. Instead, it is a result of wolves eating at dumps where farmers put dead livestock.

The practice is illegal in Michigan, according to the 1982 Bodies of Dead Animals Act. That law requires that animal carcasses be buried at least 2 feet deep within 24 hours of an animal’s death.

Many livestock producers do not know about the rule. Plus, the rendering process to properly dispose of carcasses is expensive, so they leave the dead cows unburied, Petroelje said. Instead, farmers leave them on top of the soil where predators such as wolves scavenge for an easy meal.

Petroelje discovered that the wolves were feeding at these sites after tracking them using GPS collars as part of a larger study examining how predators impact fawn survival.

The team investigated sites with a large number of location clusters from the GPS collared wolves. Occasionally these locations were carcass dumps on farms. 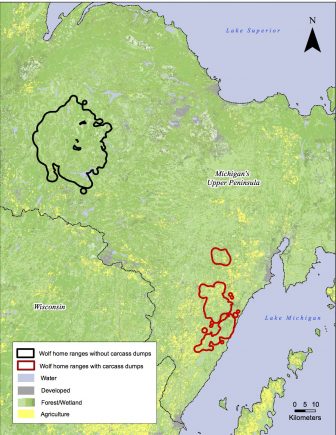 They discovered that carcass dumps directly changed the wolves’ behavior. Wolves that eat at them are less active and don’t travel as far, he said.

They also found that wolves preyed less on deer when supplementing their diet with livestock. That is a problem if wolves get used to eating the carcasses and start attacking livestock, Petroelje said. The wolves remain in smaller areas because they don’t need to hunt as intensely. That means more of them can be sustained.

This may seem like a win for wolf population recovery in Michigan, but there are negative consequences, experts say.

If wolves shrink their range, that creates room for other predator species, like coyotes, said Dean Beyer, a wildlife researcher with the Michigan Department of Natural Resources.

This increased predator presence can put pressure on prey species such as white-tailed deer, Petroelje said.

And it could mean that wolves come in closer contact with people.  This can lead to wolf “removal” by mandatory harvest or by landowners who feel threatened.

“If we want to minimize human-wildlife conflict, these carcass dumps are a good thing to think about,” Petroelje said.

Most farmers he met during the study were curious about what the wolves were doing on their property. In one instance a farmer buried a carcass after learning of the concerns about them, Petroelje said.

“It’s just education, they aren’t trying to violate the law,” said Jim Bowes, the deputy director of the animal industry division of the Michigan Department of Agriculture and Rural Development.

The department reminded livestock owners of the disposal regulations for carcasses in a Michigan State University Extension newsletter.

That was after receiving an unusually high number of claims from farmers that wolves had preyed on their livestock. The agency also heard about some people were hunting over livestock remains, using them as bait, Bowes said.

No one is examining livestock owners’ properties for carcass pits, he said. If local law enforcers receive complaints of large predation on livestock, someone may look at their disposal practices and educate them about best practices. 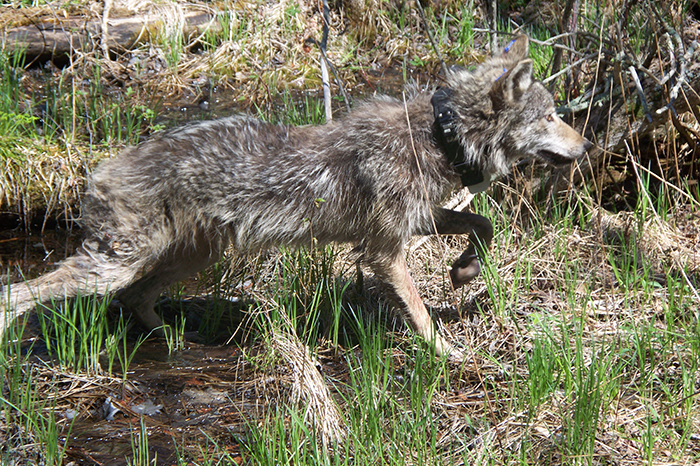 The carcass dumps aren’t the only way humans can impact wildlife behavior. Other food subsidies such as bird feeders or food waste in trash and landfills can affect feeding habits.

Food subsidies are any food from humans that is accessible to wildlife, either intentionally or unintentionally, Petroelje said.

“Overall, this research is just alerting us that as we continue to alter landscapes through human activities, it might roll into how it affects the ecosystem overall,” Beyer said.