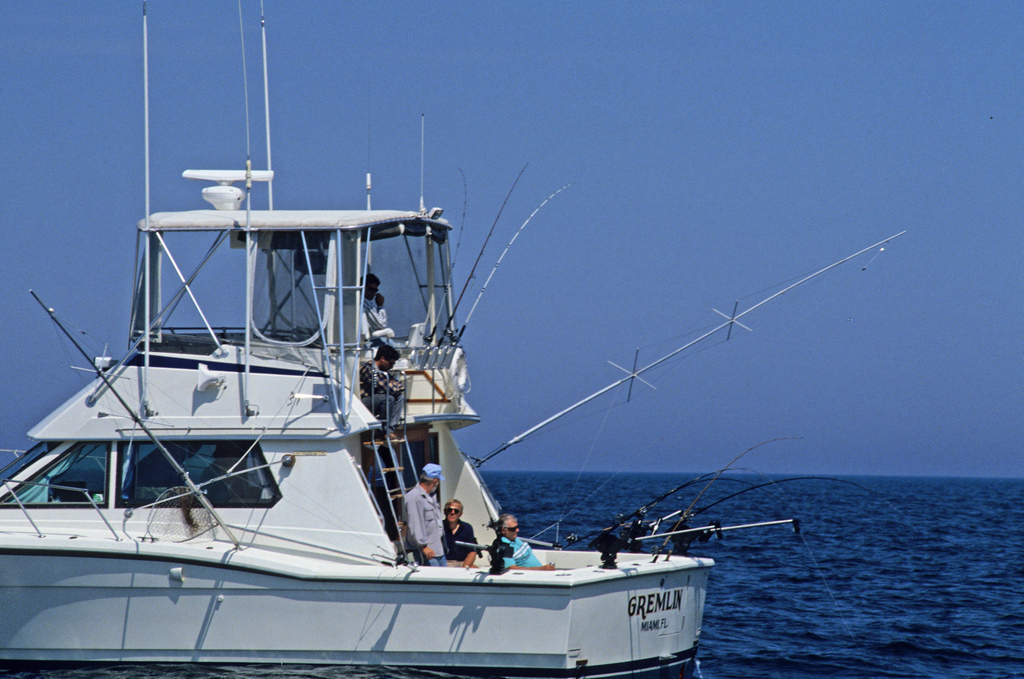 Sometimes it takes a village–of anglers, in this case.

It began with curious anglers in Lake Huron and Lake Erie sending photos of fish with stitches in their bellies to government agencies. What resulted was a multi-agency, bi-national effort of citizen science.

Scientists had been tagging walleye in the region with trackers for six years beginning in 2011 and began receiving the pictures not long after, said Richard Kraus, a supervisory research fishery biologist with the U.S. Geological Survey, stationed at the Lake Erie Biological Station in Sandusky, Ohio. Tagging required an incision in the belly of the fish.

The stitches closing those incisions were the source of the anglers’ fascination.

When the photos kept coming, Kraus said, scientists began to realize they could use the help.

“The interesting thing was, we hadn’t conceived of this initially when we started tagging fish,” Kraus said. “We said, ‘We have all of these pictures, maybe we can see how the fish are faring.’”

So they started offering a reward–$100 for each acoustic tracker returned and an encouragement to send photos. The received 276 trackers, about 30 percent of the 900 issued.

This is a good showing for citizen science, said Chris Vandergoot, a fisheries biology supervisor overseeing tracking studies for the Ohio Department of Natural Resources.

Studies like these allow the community to get involved in a simple way, he said.

“It’s not grandiose, and yet it’s contributing to the healthy management of the Great Lakes locally,” he said.

Commercial anglers, many of them from Ontario, captured the majority of the fish, Vandergoot said. They often returned the fish to officials with the Ontario Ministry of Natural Resources, who provided photos off the captured fish to the Geological Survey.

Kraus, Vandergoot and other researchers wanted to find out whether the fish they’d captured were healing well. If they weren’t, then their behavior would change, Kraus said, and efforts to determine the movements of a normal fish would be fruitless.

Fish with open wounds are unable to maintain the internal mixture of water and chemicals necessary to function normally.

The wounds were healing well, but the sutures used to close the wounds were lasting longer than expected–up to 18 months, Vandergoot said. Fish live in relatively colder environments than the humans the sutures were designed for, which slows the sutures’ dissolve. 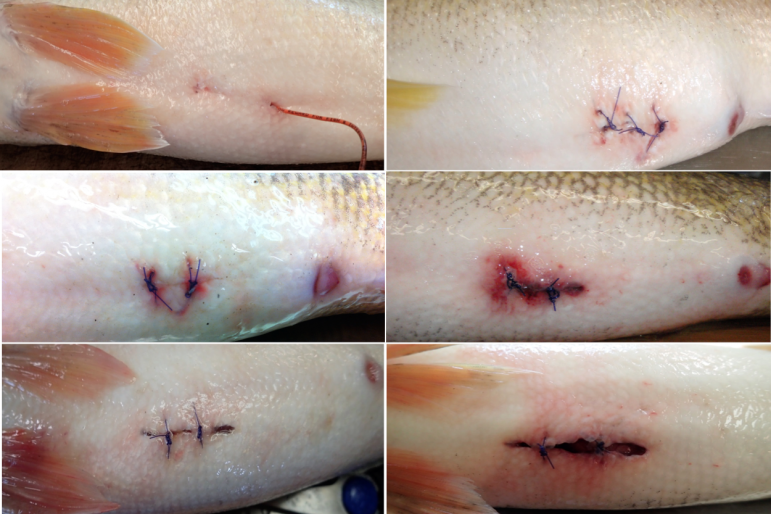 Fish sutures will not likely hit the market any time soon, he said, but they would spare their aquatic hosts some discomfort.

The results of their study appear in the journal Animal Biotelemetry.

Collaborative efforts are on the rise in the Great Lakes with initiatives like the new Cooperative Institute for Great Lakes Research, a research consortium partnering universities, agencies, organizations and businesses across the region.

This study was the result of another cooperative effort, the Great Lakes Acoustic Telemetry Observation System, a tracking network of tagged fish shared by researchers and scientists across country, agency and university boundaries.

The hope is to continue to involve citizens in these partnerships, Vandergoot said, adding that researchers get important on-the-ground information from anglers that informs their projects.