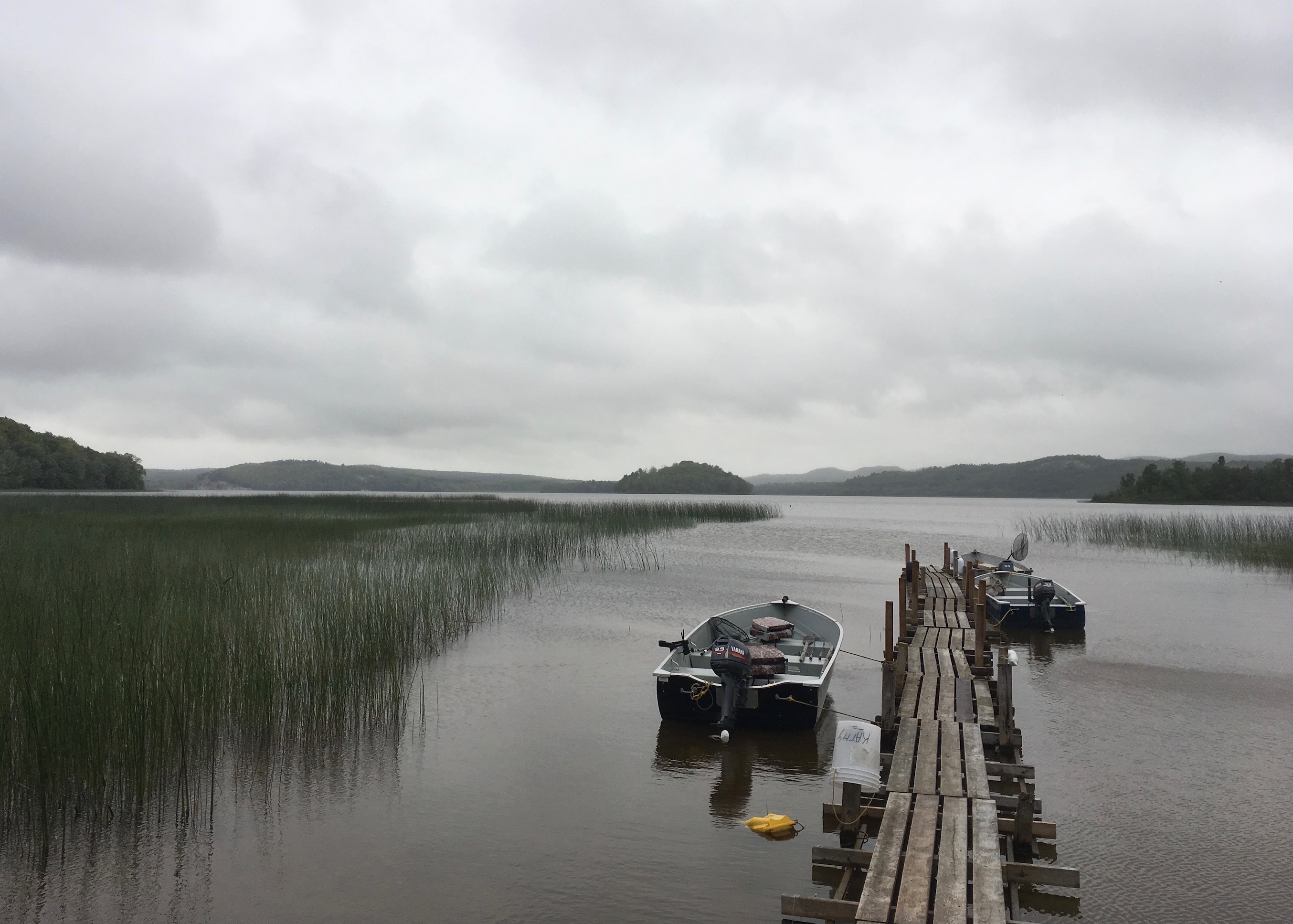 A view of Gordon Lake from the dock at Three Oak Resort. Small cabins for rent are common around lakes in the area. Image: Steven Maier. 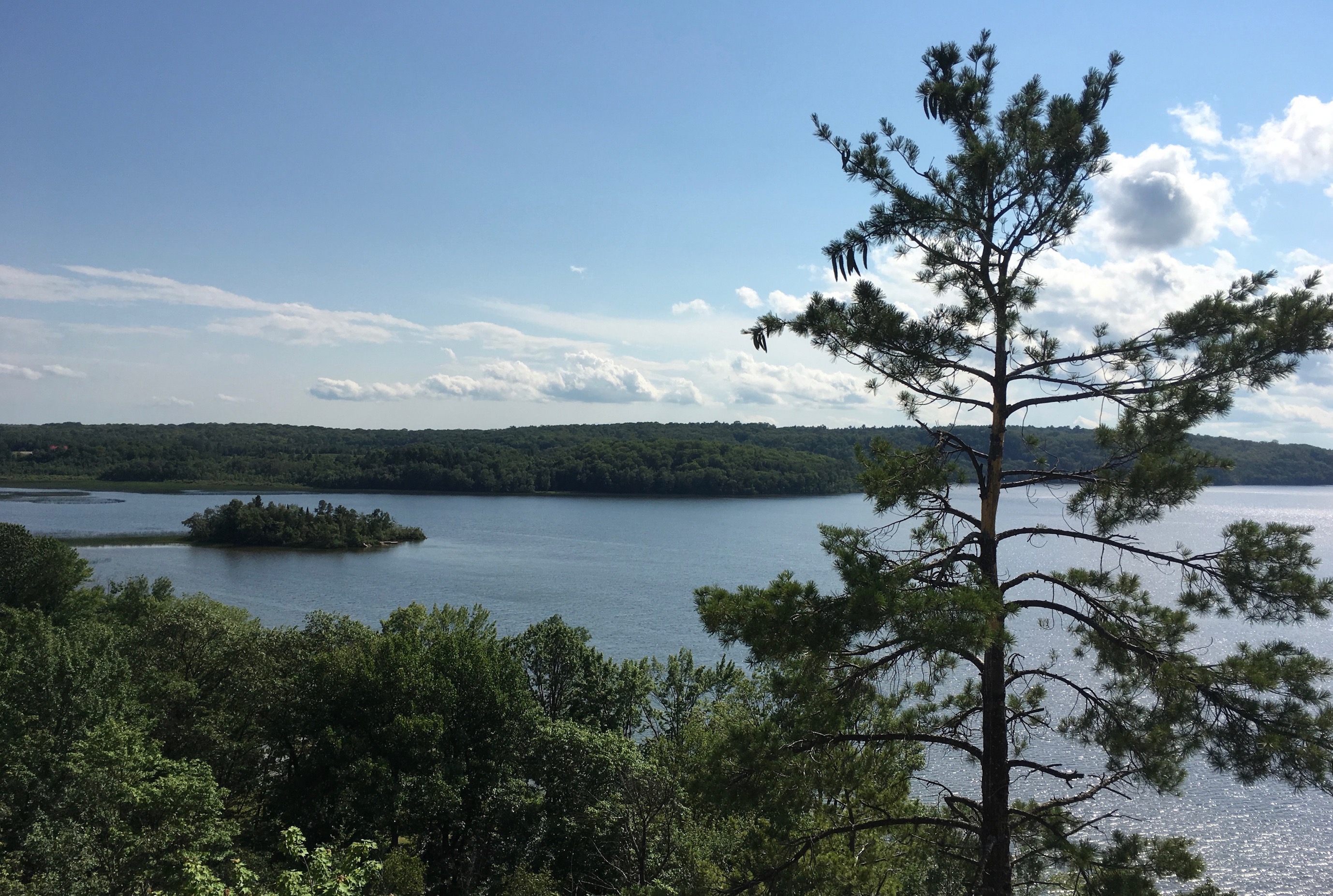 Gordon Lake from the face of one of its bordering peaks. Image: Steven Maier. 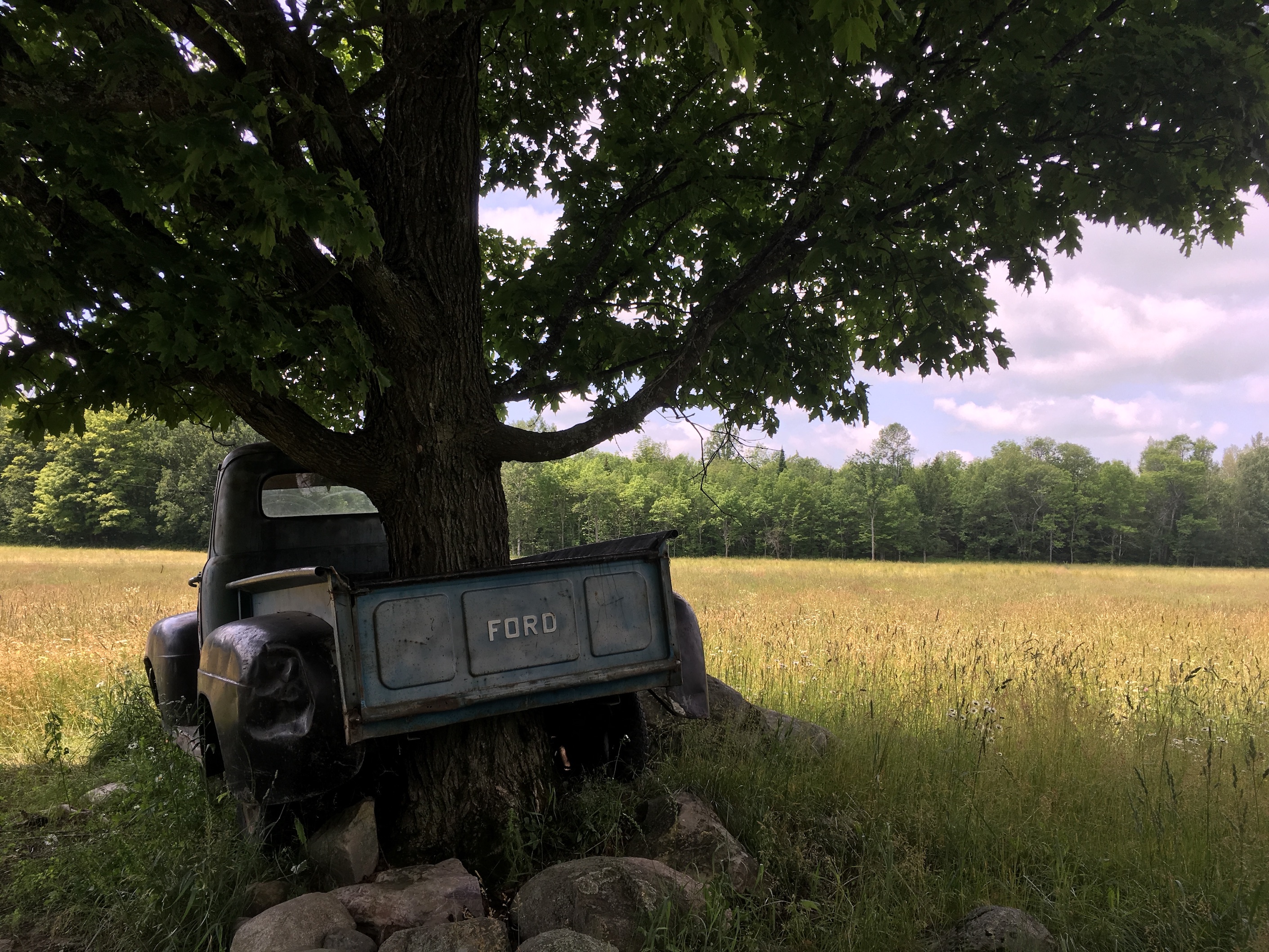 This truck outside of Bruce Mines has a tree growing through where its bed should be. Image: Steven Maier. 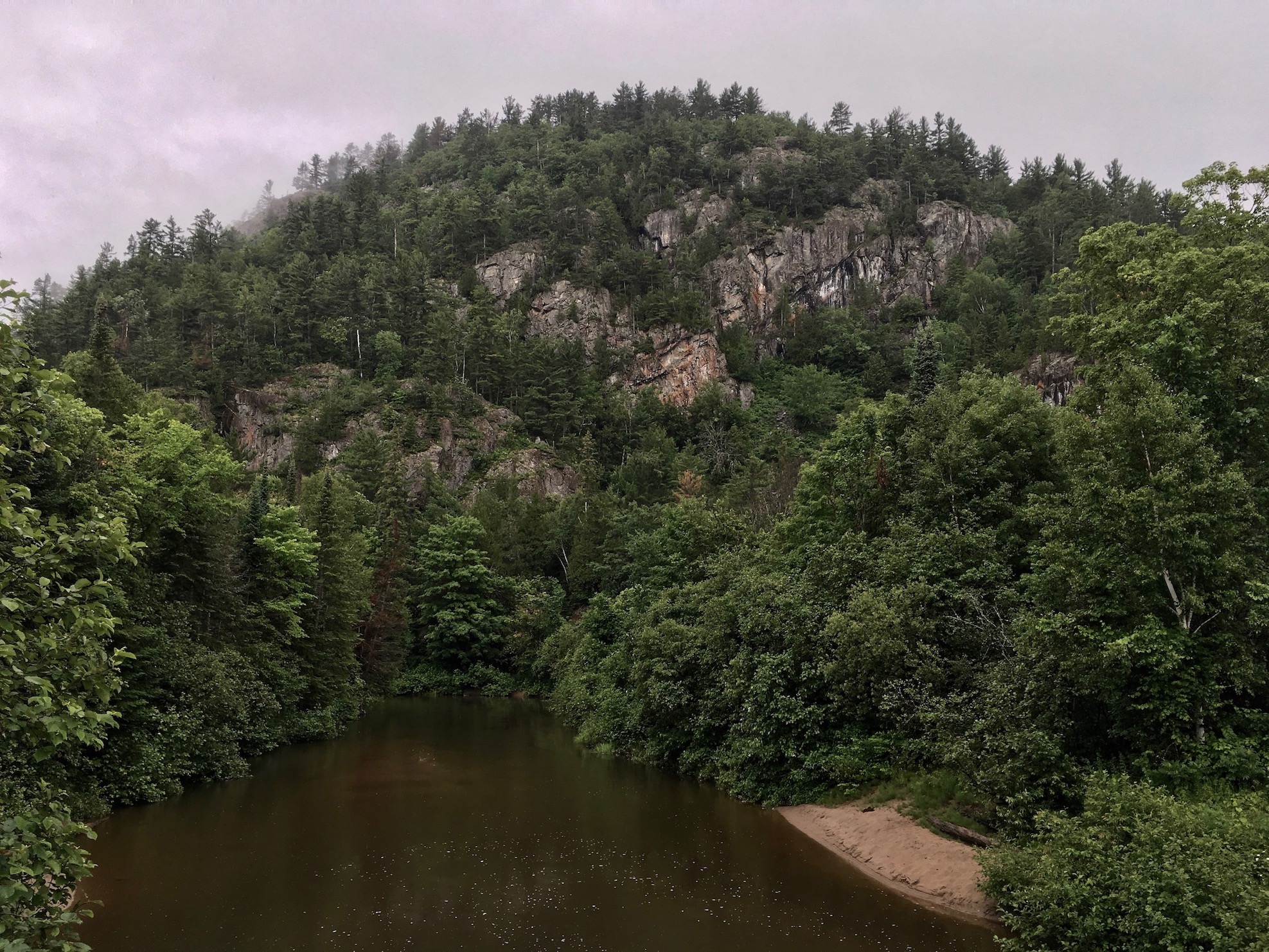 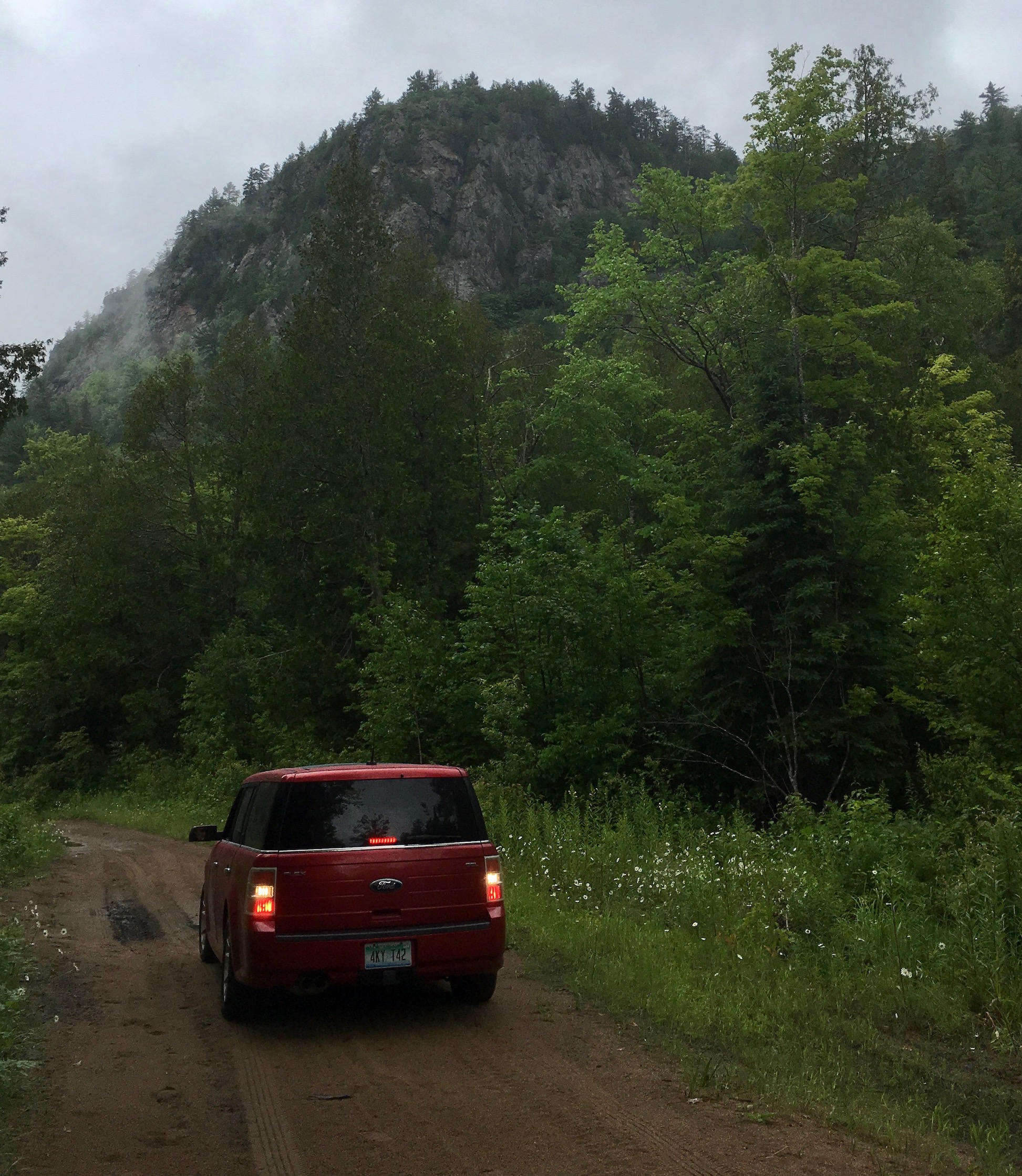 Adventuring along the Upper Echo River was cut short as the roads exceeded the abilities of our vehicle. Image: Steven Maier.

On Gordon Lake, three stony mounds rise from the water, this being the most impressive. Image: Steven Maier. 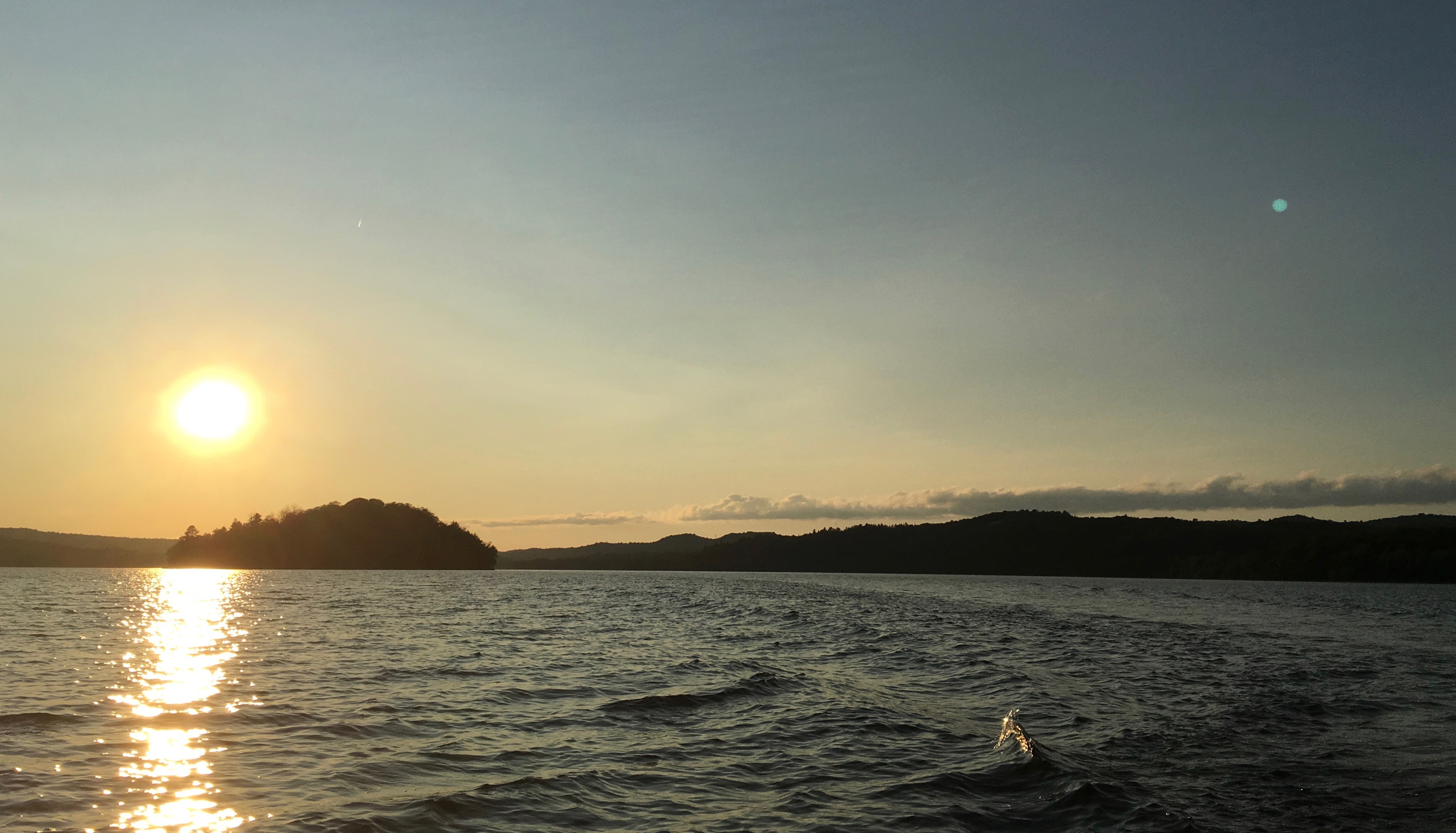 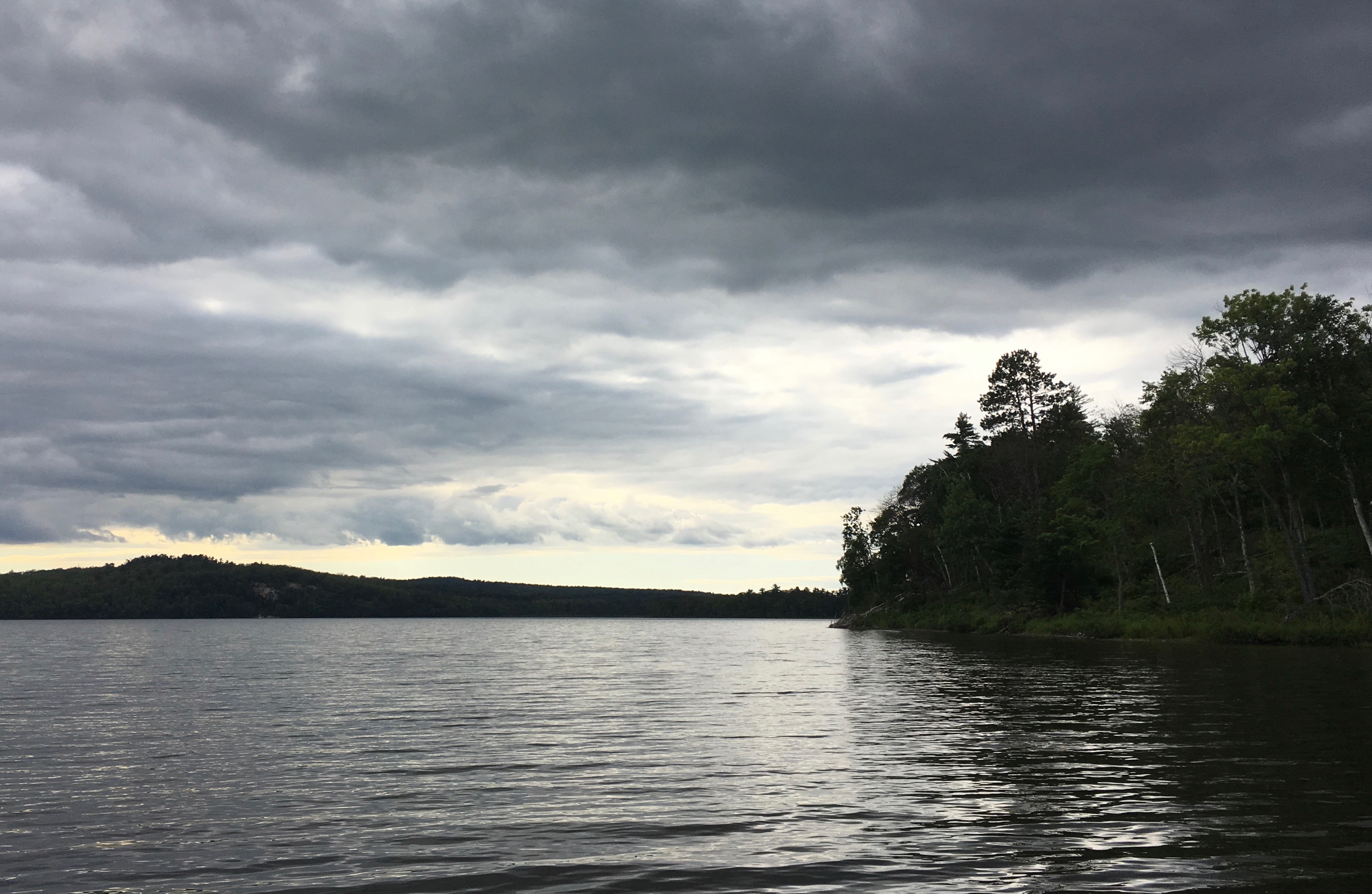 Fishing draws tourists to the area in the fall and spring. Image: Steven Maier.

Ontario’s Algoma district borders along Lake Superior and Lake Huron — a collection of stone, forest and basins of water long ago gouged by advancing ice.

Towns line the Trans Canada Highway 17 as it runs the district’s southernmost edge. Bruce Mines is typical of these; it has a population of less than 1,000 and no stoplights. It was home to the first mines in Ontario, which have now been closed for decades.

Fifteen kilometers to the north lies a collection of lakes, their basins bordered by rocky peaks. A few peaks rise out of the water, playing host to a resilient grove of trees and the occasional bald eagle’s nest or beaver’s dam. Many of these images were taken in a fishing boat on Gordon Lake. An amish homestead lies a few kilometers away, where horse-drawn plows are working the field.

To the northwest, Echo Lake is similar. Its southern edge is ringed with cabins, some of which clutch precariously at the steep bank they rest on. To its west lies a reservation, home to the Garden River First Nation, an Ojibwa band.

Much of the Algoma district is the same — lakes and streams and old-growth forest clinging to stone. Though the whole of Algoma stretches 19,000 square miles, only 115,000 people call it home.

One thought on “Sights of the Algoma District, Ontario”