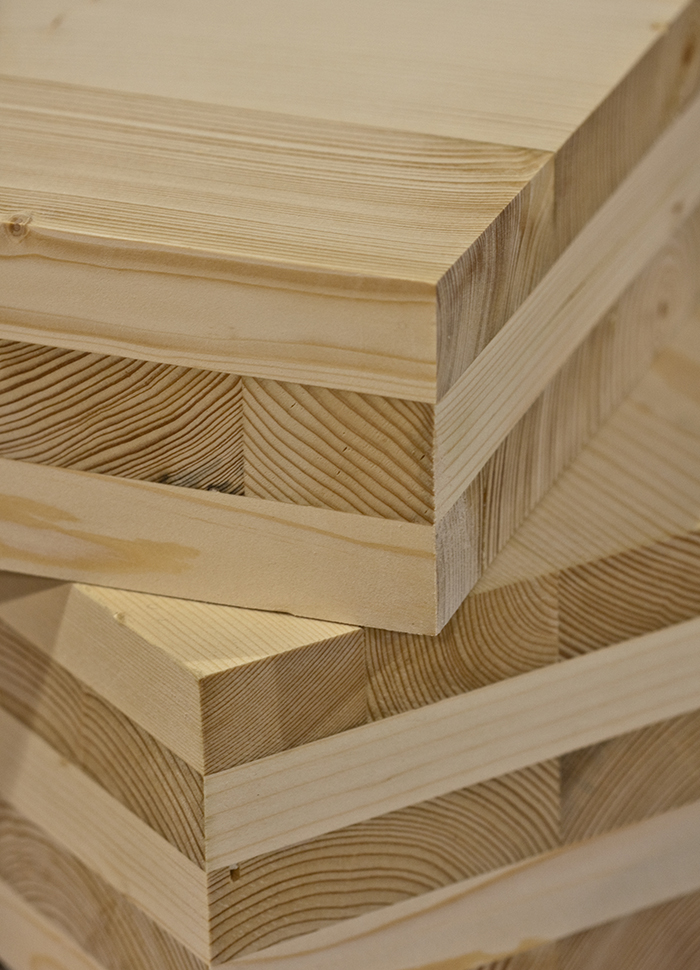 Editor’s note: This is the third in a series of stories about domicology, the study of policies, practices and consequences of abandoning buildings.

You may recycle in your home, but did you know the building itself can be recycled?

A group of researchers at Michigan State University studying the science of domicology–the term they use to describe the policies, practices and consequences of abandoned structures–are examining how wood from abandoned buildings can be reused.

The average Michigan home holds about 6,000 board feet of lumber, enough to fill two school buses, according to George Berghorn, assistant professor of construction management at Michigan State University. And there are 244,000 abandoned homes in Michigan.

The lumber in abandoned buildings is a mix of aesthetic wood products such as doors, siding and windows that can be sold as salvage. However most of the wood in homes is structural wood used to construct the frame of a building–the support for the walls and roof.

Robert Falk, a scientist with the U.S. Forest Products Lab in Madison, Wisconsin, has tested structural wood to see if it can be safely reused as structural wood in yet another building.

Structural wood receives a grade that describes its quality and best use. Once wood has been nailed and cut, it may not be sound enough to be reused structurally. It needs to be tested and re-graded.

Falk and his colleagues attempted to work with the wood and deconstruction industry to develop a new system for grading. But industry officials have decided that it must be regraded by existing standards for new wood, he said.

Because of the high cost to have the wood inspected and re-graded, deconstruction and reclaimed wood industries need large stockpiles of reclaimed lumber to make it worth the expense, Falk said.

For a lot of people in Detroit, re-grading structural lumber is on the radar but it’s not a top priority, said Jeremy Haines, executive director of Reclaim Detroit, a nonprofit deconstruction organization. Right now, Reclaim Detroit lacks a system to grade reclaimed lumber.

Some researchers envision other ways to reuse lumber in cross-laminated timber. It is made by taking long sticks of lumber and sticking layers together, alternating 90 degrees.

Demand for cross-laminated timber products has grown, said Kris Spickler, a heavy timber specialist with Structurlam, a mass timber manufacturer in British Columbia, Canada. It can be used as a load-bearing wall that does not require additional wood framing.

It is lighter, cheaper and less wasteful than concrete and steel, Spickler said. Cross-laminated timber panels are also easier and quicker to put up because the structural support and wall can be constructed with the installation of one panel.

Structurlam has erected more than 300 buildings with cross-laminated timber since 2011. It is ideal in multi-story buildings–the company has built one 18 stories tall, Spickler said.

Structurlam gets its wood from trees damaged by pine beetles in the Pacific Northwest. To make a cross-laminated timber from reclaimed lumber, the surface must allow the adhesive to bond, Spickler said. Reclaimed lumber must be sent through a sawmill to fit it to the standard size and prepare it to accept adhesive.

But Spickler said he thinks this is not the best use of reclaimed lumber.

“Large timbers can be really beautiful,” he said. He sees structural wood being reused for more decorative purposes.

Builders worry that the supply of reclaimed material is not consistent in quantity or size, Falk said. To make it feasible, there need to be standards to deliver uniform quality for manufacturers, he said.

There may be other options to recycle this wood, Berghorn said. They include manufacturing wood pellets to heat homes.

In northern Michigan, many homes that lack access to natural gas, according to a study Berghorn was a part of. Most heat with propane, an expensive fuel source.

Converting these homes to burning wood pellets would give their owners a way to use cheaper fuel and create a market for reclaimed wood.

Other options for wood as a fuel source include torrefied wood, a coal substitute that is better for the environment and equivalent in energy value to coal.

Another possibility for wood from old homes is biorefinery, which is the process of breaking down the fibers in plant materials into fuels and other useful chemicals.

This could be an option for reclaimed wood because it will just be ground up anyway, Falk said.

But, Berghorn said, these products are way in the future because more research is needed to make them efficient.

For now, the deconstruction industry may be best for serving the local community and reusing the wood in non-structural applications, Falk said.

Tomorrow: Learn about how city officials are hoping to make Muskegon, Michigan the deconstruction hub of the Great Lakes.

Editor’s note: This story was updated July 12, 2017 with the correct spelling of Kris Spickler.