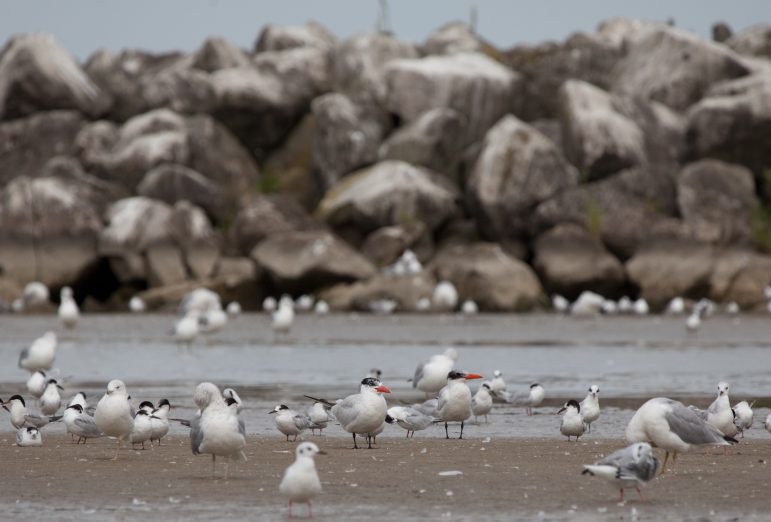 Editor’s note:  This is part of a daily series featuring one natural attraction in a Great Lake state or province. Of course, with more than 4,500 miles of coast and a landscape carved by glaciers, each state and province has many more than one great natural feature. So nominate your favorites in the comments below.  At the end of the series we’ll poll you on the region’s greatest natural feature.

Beachgoers should bring binoculars when they visit the Conneaut Township Park about seventy miles northeast of Cleveland on the shores of Lake Erie.

Conneaut is home to some of the best birdwatching in the United States, said Tamara Brown the public relations manager for Tourism Ohio. The natural marshes and mudflats attract birds from as far north as the Arctic. Birds are also drawn to an area of sand and silt that settled near breakwalls by the shore.

“Conneaut Harbor has become known for the amazing quantity and quality of the shorebirds that it attracts. Because of the migratory patterns, certain rare species can be seen in their largest numbers in the United States,” Brown said. 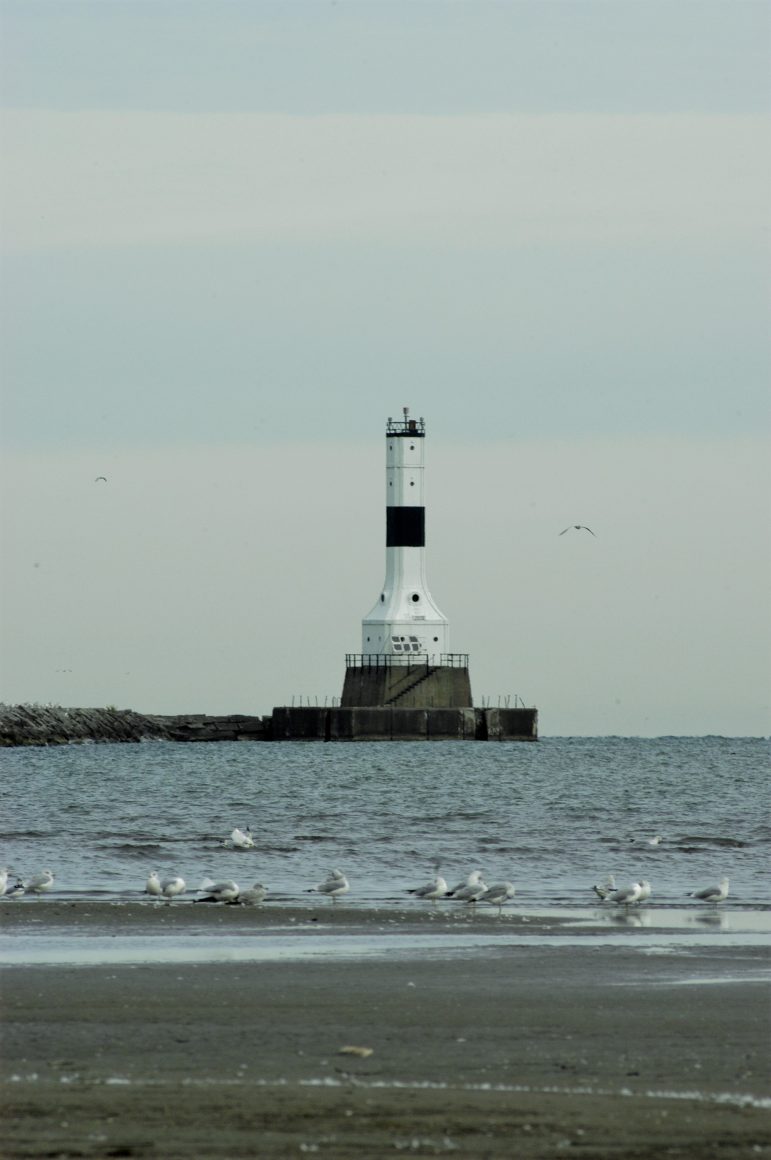 Rare bird sightings include the American white pelicans, one of the largest birds in North America. Its wingspan can stretch to 9-feet, which is much wider than the once-endangered brown pelicans that also migrate to the beach.

The Ohio Department of Natural Resources has an online birdwatching guide. It includes a wishlist of birds spotted in neighboring states, but not yet in Ohio.

Those include black-chinned and broad-billed hummingbirds, the fork-tailed flycatcher and yellow-billed loon, to name a few.

Conneaut Harbor’s beach is popular with sunbathers, so birdwatching is best during the week or early mornings on weekends.