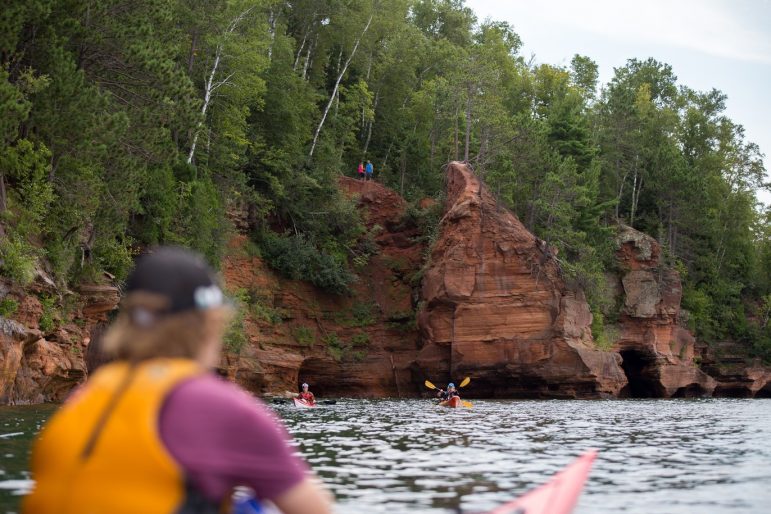 Northern Wisconsin’s Apostle Islands are worth the drive to the northernmost part of the state: Image: Travelwisconsin.com

One of Wisconsin’s most spectacular natural features is known by sea kayakers worldwide, but remains a hidden Great Lakes gem for many others.

Lake Superior’s Apostle Islands are off the coast of Bayfield Wisconsin, which is in the northernmost part of the state.

The group of 21 islands is designated as a National Lakeshore, but the National Park Service estimates it sees far fewer visitors than other Great Lakes’ coastlines like Sleeping Bear Dunes and Pictured Rocks in Michigan.

That’s because the Apostle Islands are a bit of a drive.

“You really have to say ‘I want to go to the Apostle Islands.’ It’s not on everybody’s radar, I think,” said Lisa Marshall, communications director for the Wisconsin Department of Tourism.

Marshall said those who make the drive won’t be disappointed.

Waves from Lake Superior carved out sea caves along the shore. A kayak or boat is the best way to explore the nooks and crannies of the colorful, sandstone cliffs. 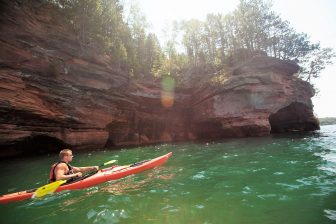 The caves and caverns are best explored by water. Image: Travelwisconsin.com

Shipwrecks are also found in shallow areas. They are naturally preserved because of Lake Superior’s cold temperatures.

“It is the kind of thing that you would see on a Nat Geo (National Geographic) Instagram post,” Marshall said.

Some of the islands are uninhabited and are only reached by water.

A cruise service can also take overnight campers to a quiet island.

“You may be the only one there. You and the bears,” Marshall said. Visitors might also see deer, falcon and bald eagles. 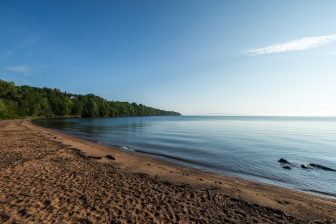 The 21 islands offer the opportunity for a quiet escape to a deserted island. Image: Travelwisconsin.com

Another feature is the “singing sands” of Julian Bay on the remote Stockton Island. When you rub the sands with your hands or feet, the tiny quartz pieces squeak. Singing sands are sometimes found in dunes and deserts, but not all grains of sand can sing. They must have the right shape, size and mineral make-up.

It proves that even the smallest bits of nature can be wonders.

One thought on “Great features of the Great Lakes region: Wisconsin”