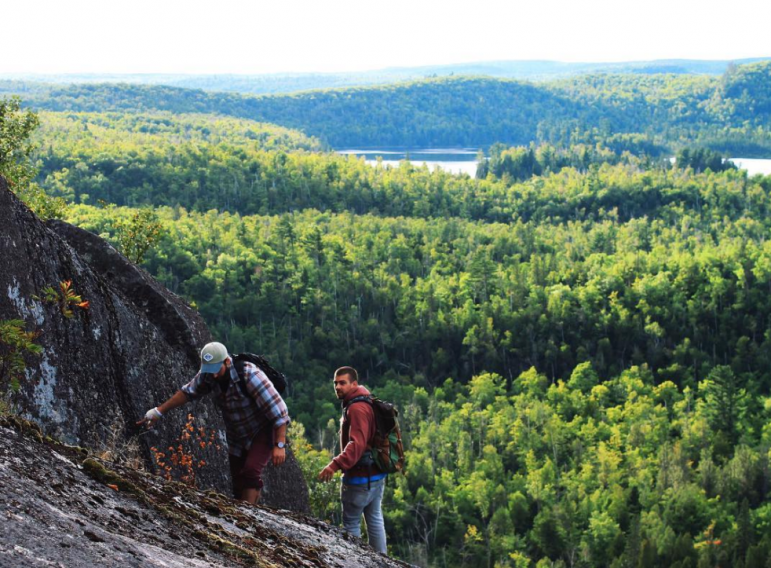 Minnesota’s lakes claim much of the state’s glory, but 310 miles of land-lovers’ splendor warrants attention too.

The Superior Hiking Trail is one of the Midwest’s longest trail systems. It runs along Lake Superior’s shoreline from Duluth to the Canadian Border.

Campers can spend days exploring rocky cliffs, inland lakes, rivers and waterfalls. They can spend nights at one of nearly 100 primitive campgrounds along the stretch, said Jo Swanson, the outreach coordinator for the Superior Hiking Trail Association. 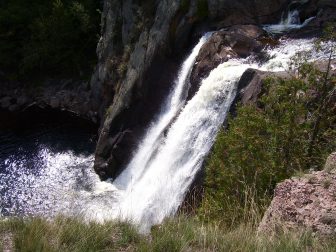 The campgrounds have shared sites, so the path may lead to new friendships.

“I mean sometimes you’ll get a campsite alone,” Swanson said. “That‘s still possible, but there is a lot of sharing going on and that’s nice.

The trail is also a spot for mid-summer foraging. Hikers can test their survival skills looking for wild berries, including unfamiliar ones like thimble berries, juneberries, elderberries and fire cherries. There are also common ones.

“Blueberries are the easiest to find,” Swanson said. “There’s even a place on the trail called blueberry hill . . . I don’t think they could find enough to really subsist on. It’s more of a ‘be excited when you see it, and enjoy a little taste now and then.’”

But the search for berries may not be simple.

People are often surprised by how difficult the hike can be because of the fluctuating elevations, Swanson said.

Instead of a single 5,000-foot climb, the trail may have 10 climbs of 500 feet, she said. ”So people are pretty exhausted by the end of a day of hiking and more than one person from a mountainous area has come and just been shocked at how challenging it is.

“People tend to think of Minnesota being flat and that is not the case.”

If the trek sounds intimidating, a shuttle service can return adventure-weary hikers back to their home base. It also eliminates returning on a trail they’ve already seen. 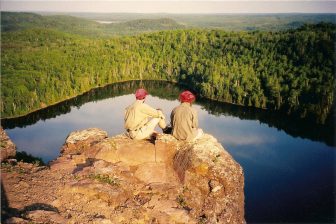 The trail preserves the natural beauty of Minnesota’s Lake Superior shoreline. Hundreds of volunteers spent 8,000 hours last year keeping it pristine. It takes a massive effort to maintain more than 300 miles of trails.

Maintenance and natural forces sometimes close sections of the trail. The Superior Hiking Trail Association posts conditions and closures on its website.