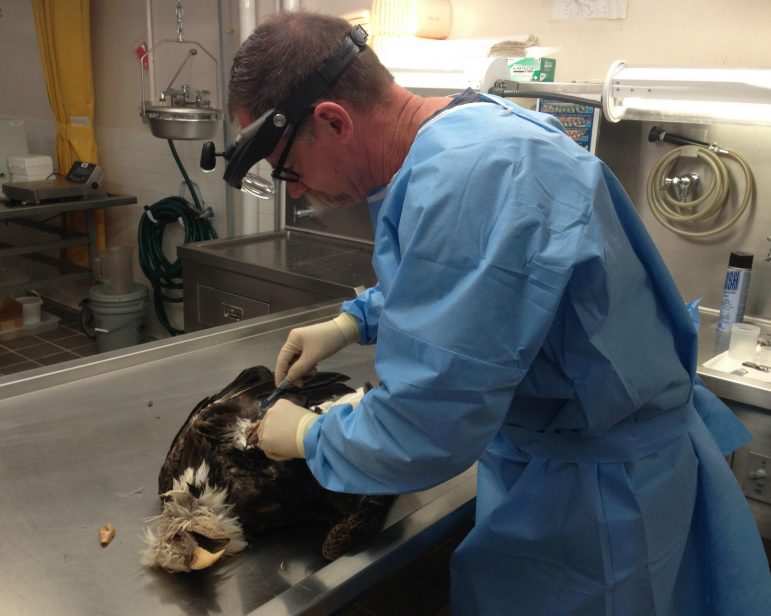 By Angelica A. Morrison & Jim Levulis

The comeback of the American bald eagle is a success story across the Great Lakes region, and keeping them safe is a high priority for many environmental professionals. But one serious threat to the great raptor is lead poisoning.

In New York, environmental officials are closely monitoring the problem. Biologists and researchers have noticed a disturbing trend: an increase in lead-related deaths.

“It’s definitely something we should keep an eye on,” said Kevin Hynes, a biologist with the state Department of Environmental Conservation.

Dead birds from the wild or from wildlife rehabilitators are taken to the agency’s office near Albany. There Hynes performs a necropsy, which is like an autopsy.

Right now, the number of lead-related deaths in New York is small, but the trend is concerning. There were  two deaths in 2009 and nine last year. 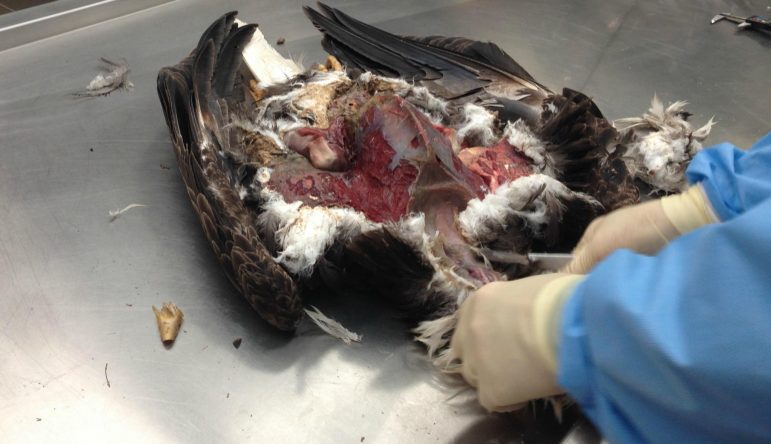 And those are only the reported deaths from birds found by hikers or brought in from animal rehabilitators. The total may be higher.

“No amount of lead is normal in a biological system,” said Julia Ponder, executive director of The Raptor Center. The non-profit, which operates out of the University of Minnesota, has been keeping track of the deaths.

The U.S. Fish and Wildlife Service’s most recent estimates showed 143,000 bald eagles nationwide. That includes more than 3,000 in the Great Lakes region.

The increase in deaths could be occurring because the eagle population has been on the rise in some states. 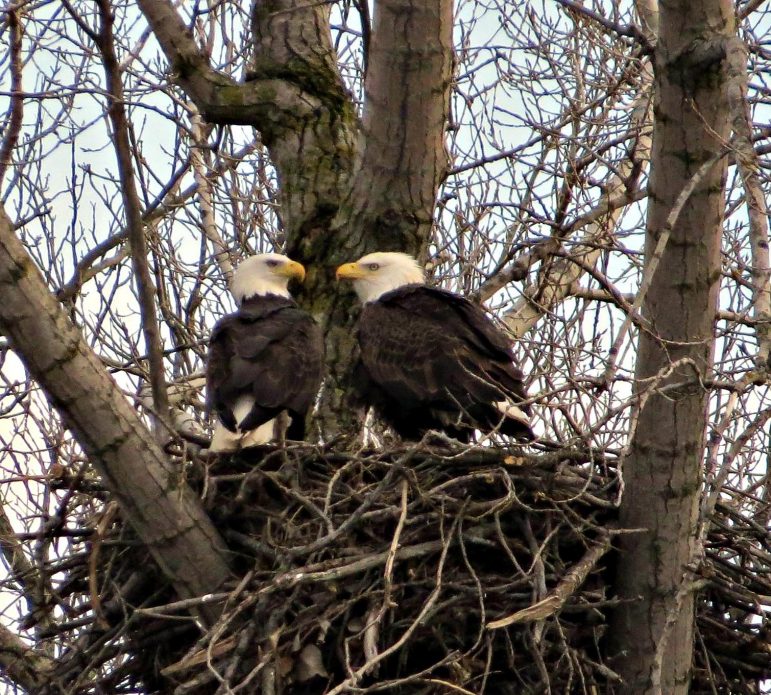 “We have more eagles now than we ever did,” Hynes said. “It could also be related to different hunting practices. We’ve opened up more areas in New York to rifle hunting … . So there might be more available rifle-killed deer gut piles or carcass parts on the landscape.”

Gut piles offer an easy meal — but can be toxic. Eagles feast on the field dressings of animals shot with lead ammunition, which is used by hunters because of its affordability and availability.

An eagle with lead poisoning usually displays symptoms like paralysis, lack of appetite and blindness. They may show signs of brain damage and developmental issues — one reason why they sometimes fly into trains or vehicles.

“When we talk about lead in humans, it’s children and pregnant women who are most affected, because of brain development. So it’s really challenging in wildlife to actually assess that, ‘Maybe this eagle has a neurological deficit because it consumed lead at some point,’” said Krysten L. Schuler, a wildlife disease ecologist with the Animal Health Diagnostic Center at Cornell University College of Veterinary Medicine.

Schuler has been collaborating with Hynes and the DEC to generate more data on lead-related eagle deaths. She’s in the early stages of gathering data for New York, Pennsylvania and Maine, and hopes to compile information for the Great Lakes region as well.

So far, Schuler has found that the majority of lead-related eagle deaths involved breeding-age birds.

And though the population is growing in New York State, she wonders, “… is it being sort of artificially suppressed, because we still have this toxin that they’re dying from?”

“It’s just letting [hunters] know that birds are still dying from lead poisoning,” she said. “And, they don’t necessarily have to be.”