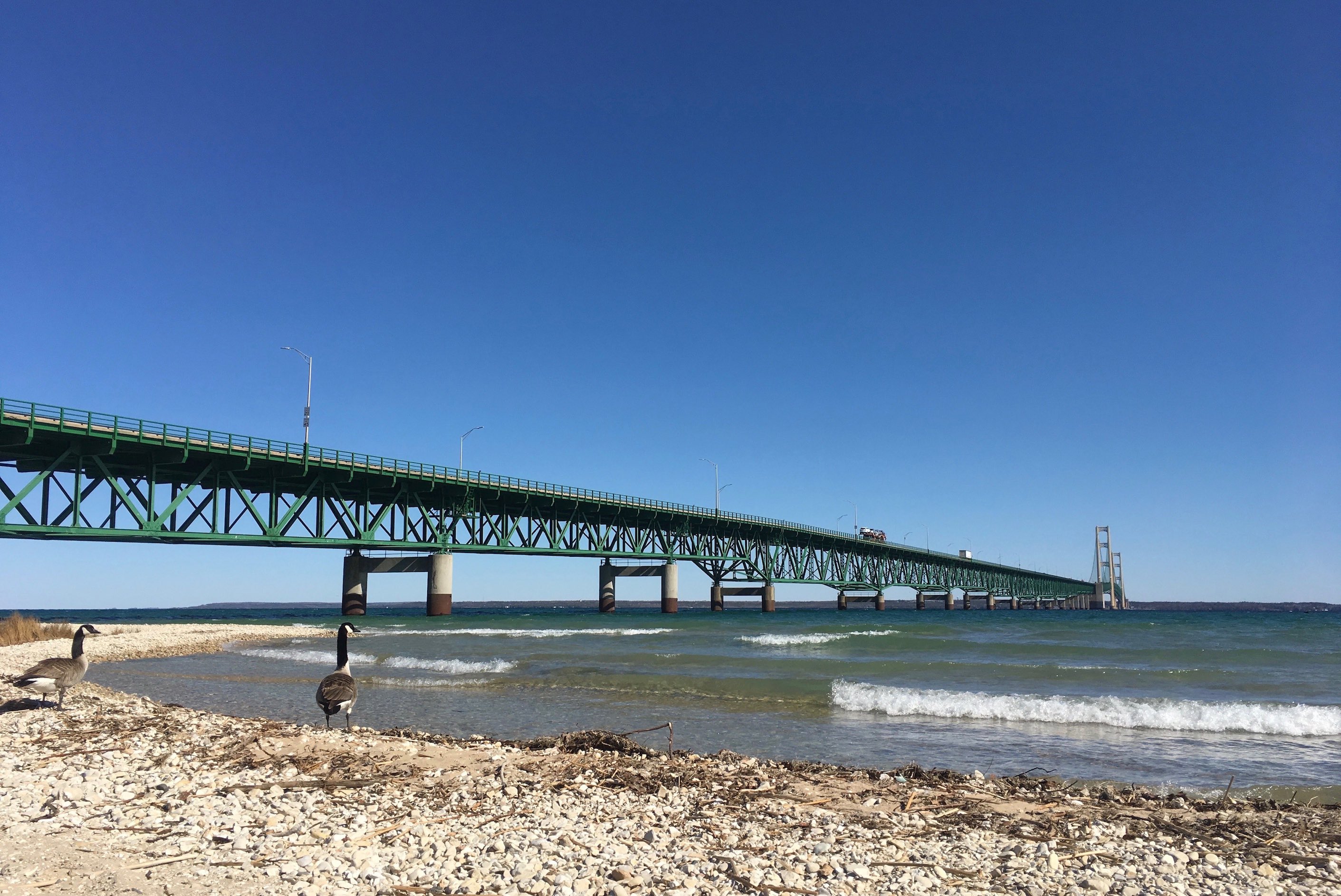 These Canada geese are still a peninsula's distance from home. Image: Steven Maier. 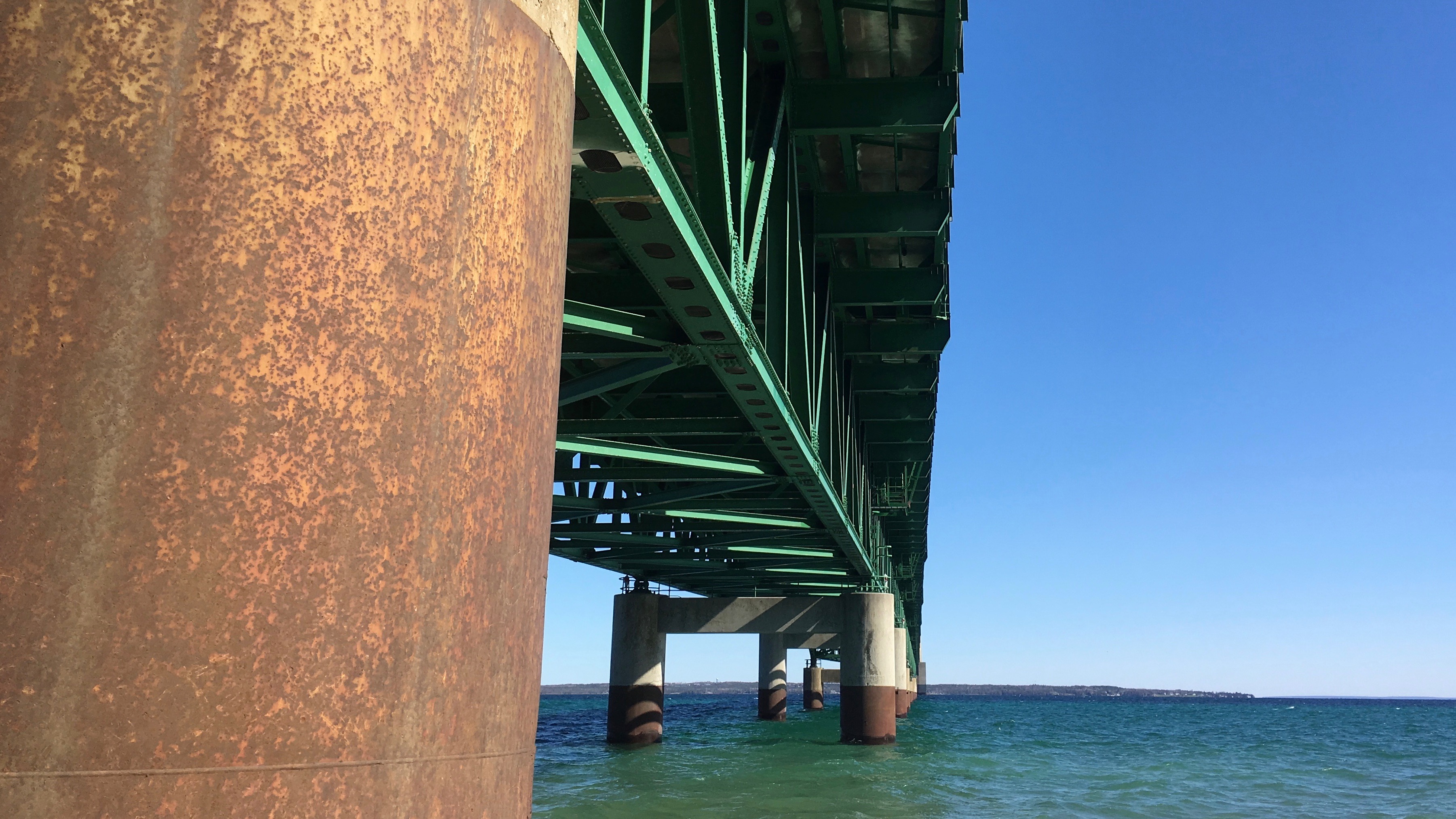 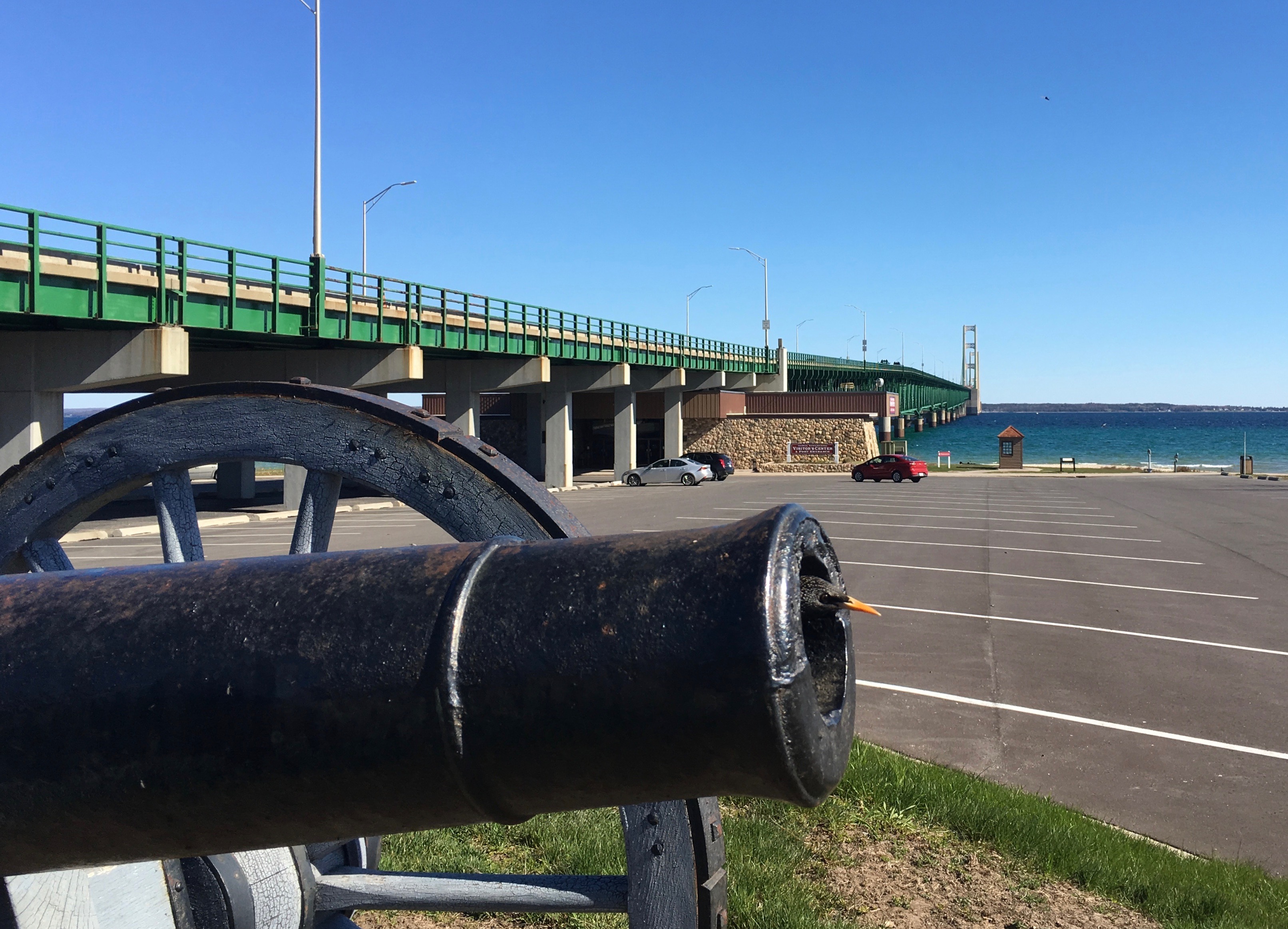 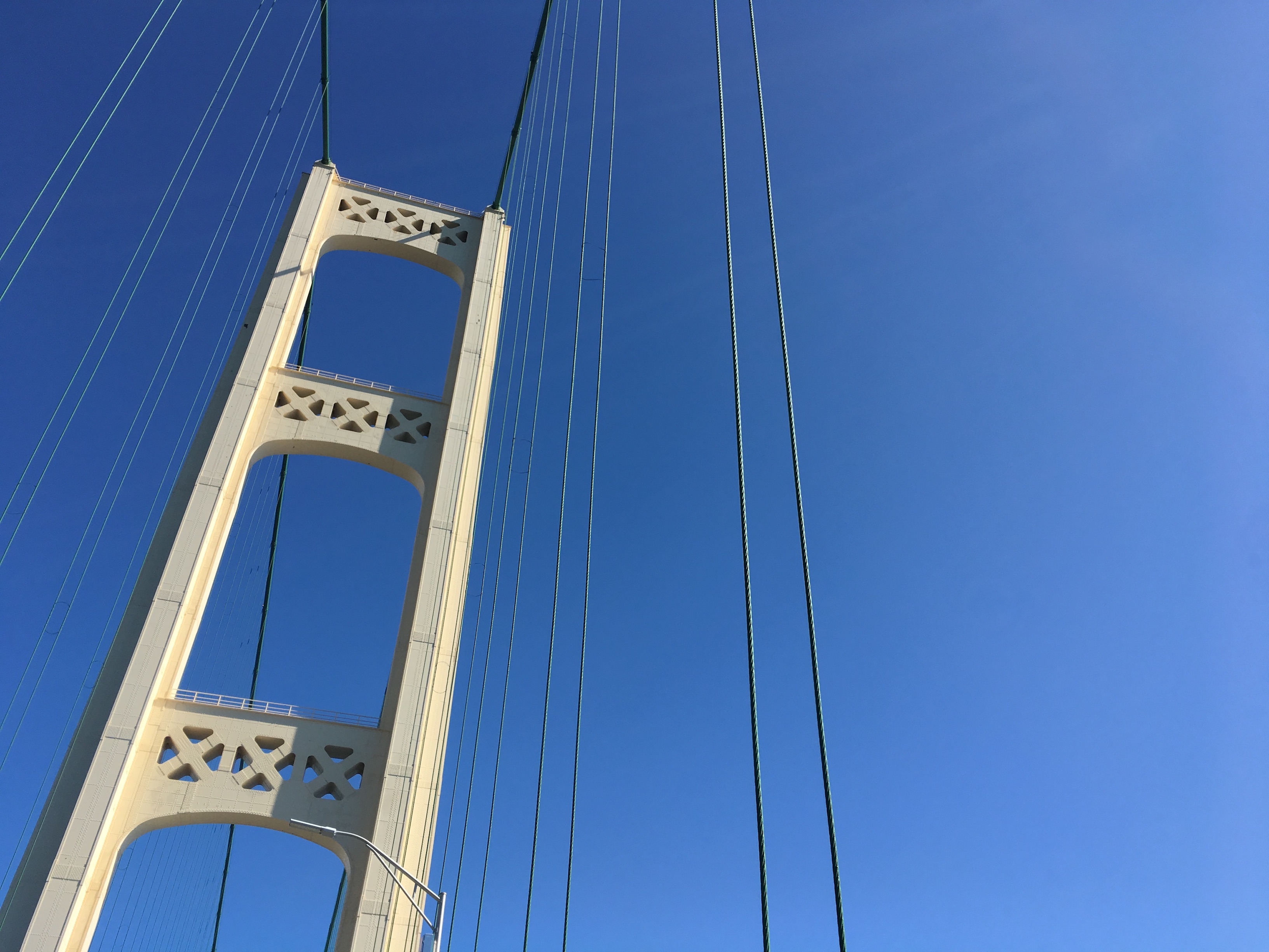 One of the bridge's two towers, standing over 500 feet tall. Image: Steven Maier.

The Mackinac Bridge is the longest suspension bridge in the Western hemisphere and the pride of the mitten state.

The five-mile behemoth spans the Straits of Mackinac to connect the two peninsulas of Michigan. Travelers had to board ferries to make the same voyage before the bridge’s opening in 1957.

Dreams of a bridge across the straits began in earnest when the Brooklyn Bridge, an engineering feat for its time, was constructed in 1883. But construction was delayed as designers debated the route it would take. One plan called for a series of smaller bridges to various islands. In 1920, the state highway commissioner lobbied for his idea of a floating tunnel across the straits, a concept that seems laughable now.

Construction didn’t officially begin on the final bridge design until 1954 – delayed by fund denials from the Federal Emergency Authority of Public Works, World War II, the abolishment of the first Mackinac Bridge Authority by the state government and the Korean War.

The “Mighty Mac” weighs more than 1 million tons. It’s built to withstand the extreme currents, winter weather and winds of the straits, with its two towers sunk 200 feet into the bedrock below. The bridge deck is designed to shift steadily to withstand the wind – up to 35 feet to either side.

Those winds have helped earn the Mac a reputation as dangerous. In 2015, an 80 mph gust of wind knocked a semi truck on its side and up against the outer rail and support cables. The Mackinac Bridge Authority even offers apprehensive travelers the option of having one of its employees drive them across.

The bridge authority decided Tuesday to restrict vehicle traffic on the bridge for 5 hours during its upcoming Labor Day bridge walk event. In doing so, the authority cited recent terrorism-related attacks using vehicles as weapons. There are no known threats against the event. The event is in its 60th year and has previously drawn crowds of up to 60,000 participants.

One thought on “The Mighty Mac”