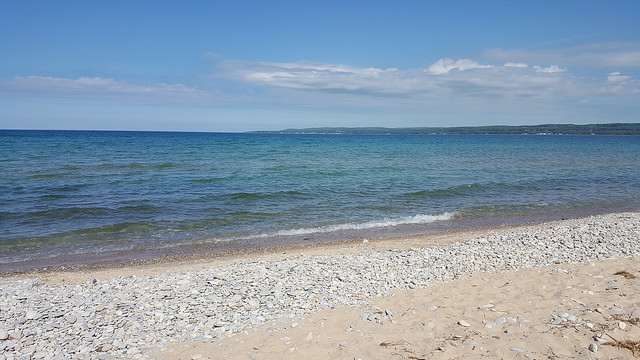 1- April marks the unofficial start of beach cleanups around the state.

The volunteer events are part of the Alliance for the Great Lakes’ Adopt-a-Beach program. Many groups are holding their first events of the year, with Earth Day being celebrated on Saturday, April 22.

Last year, more than 15,000 Adopt-a-Beach volunteers picked up more than 40,000 pounds of debris from locations including the Saginaw Bay area.

In addition to picking up trash, the volunteers collect data that’s shared with beach managers and scientists.

In 2016, 87 percent of the trash picked up by volunteers was plastic. Over time, plastic litter breaks down into small pieces which can be eaten by birds, fish, and other wildlife.

Volunteers interested in participating in Adopt-a-Beach can find more information online at greatlakesadopt.org.

The spread of oak wilt occurs during this time of year as beetles move to wounds on healthy oaks. Because of this, state officials advise people not to prune oaks from April 15 to July 15.

Although oak wilt hasn’t been detected in every Michigan county, officials say there’s a need for vigilance statewide. That means you also shouldn’t move firewood from wilt-affected oak trees.

3 — An Earth Day cleanup is planned for Saturday at the Shiawassee National Wildlife Refuge in Saginaw County.

Officials say managing wetlands in the refuge presents many challenges, and one of those is dealing with trash and water pollution. Wetlands act as a natural filtration system for contaminants in the water.

The cleanup is from Saturday from 10 a.m. to 1 p.m. at the refuge. The event is open to all ages, individuals and groups. Snacks will be provided.

Bring gloves, and be prepared to get dirty. Trash bags will be provided.