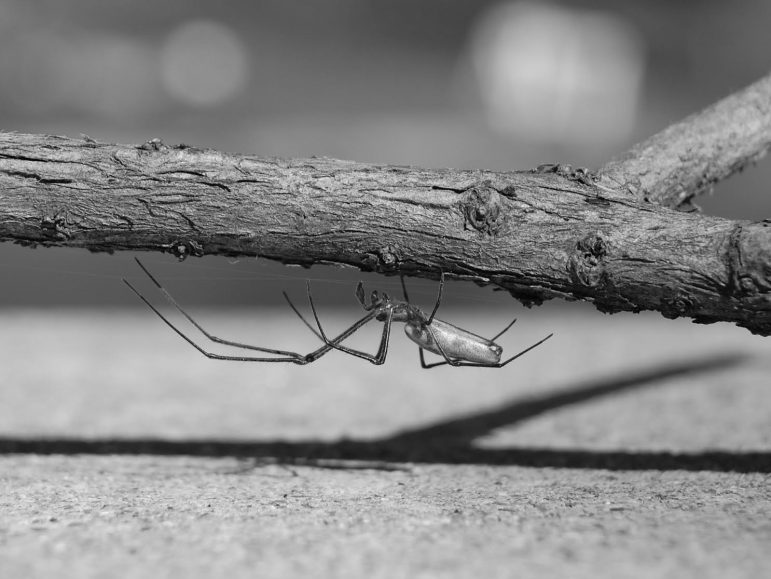 Scientists have discovered an environmental contaminant in a creature that many people would like to avoid: spiders.

That discovery puts the spiders in the role of environmental sentinels — guardians that help scientists understand where to concentrate cleanup efforts.

Their study, published last June in Environmental Toxicology and Chemistry, looked at a heavily polluted area of the Manistique River in the Upper Peninsula of Michigan. Scientists studied spiders there because of their place in the food web and their ability to accumulate PCBs (polychlorinated biphenyls) in measurable quantities without harm to themselves.

The findings suggest that spiders living along riverbanks “may be useful sentinels of relative PCB availability to aquatic and riparian food webs in aquatic ecosystems like rivermouths,” the study said.

Because riverbank spiders typically spend their lives in a single web, they are good indicators of toxic chemicals in a specific habitat, the researchers said. Birds and fish, by contrast, can pick up pollutants from a wide range of locations.

Sawmills that historically operated along the river are the main source of PCB pollution. Though they no longer operate, PCBs remain in the river bottom.

The researchers tested spiders and sediment along the Manistique River, in Manistique Harbor, in backwater areas and on Lake Michigan. The spiders in those locations inhabit “variable shoreline habitats that ranged from tree limbs to jetty boulders,” the study said.

“We like using spiders because there is such a great degree of variability from one habitat to the next,” said Amy Pelka, a scientist at the U.S. Environmental Protection Agency.

“You can tell where there are higher concentrations of pollutants and target these areas.”

Spiders’ place in the food web is also important to the study, said Johanna Kraus, a U.S. Geological Survey ecologist and the primary researcher on the study. 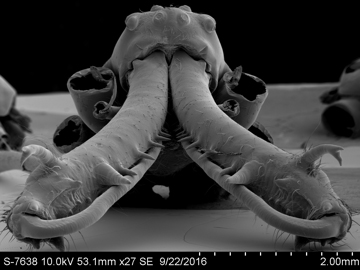 “Spiders are actually pretty amazing because often we think of small things as low on the food chain, but spiders can eat predatory insects and even other spiders, making them potentially very high on the food chain,” she said.

Because PCBs settle in river bottoms, they are more likely to contaminate aquatic animals and plants. Spiders provide a link between aquatic and terrestrial ecosystems by eating insects that live in the water. When a spider eats a contaminated insect, the pollutants enter the spider’s system where scientists can measure them.

According to the EPA, “Studies in humans support evidence for potential carcinogenic and non- carcinogenic effects of PCBs.”  They have also “been shown to cause cancer in animals as well as a number of non-cancer health effects in animals, including: effects on the immune system, reproductive system, nervous system, endocrine system and other health effects.”

“PCBs pose two types of threats, a threat to wildlife and a threat to human health,” said David Walters, one of the researchers on the study and an ecologist at USGS.

The threats are interconnected because PCB concentrations in the environment are passed to humans through consumption of animals such as fish.

“Fish need to be below the federally advised level of contaminant concentrations in order to be consumed,” he said. “Indicators such as spiders can show us what these levels are in the ecosystem.”

The Manistique River is designated as an Area of Concern (AOC) under the 1978 Great Lakes Water Quality Agreement. AOCs are designated by the U.S. and Canada as places where pollution is so severe that it has significantly harmed land use.

There are currently 27 AOCs in the Great Lakes Basin. Restoration efforts have reduced the number from 43.

The EPA oversees cleanup efforts along the Manistique River with funding from sources such as the Great Lakes Restoration Initiative. Efforts include dredging and monitoring of PCB levels.

Studies such as this one are important in not only monitoring the levels of environmental contaminants, but also discovering ways to remove them from the system.