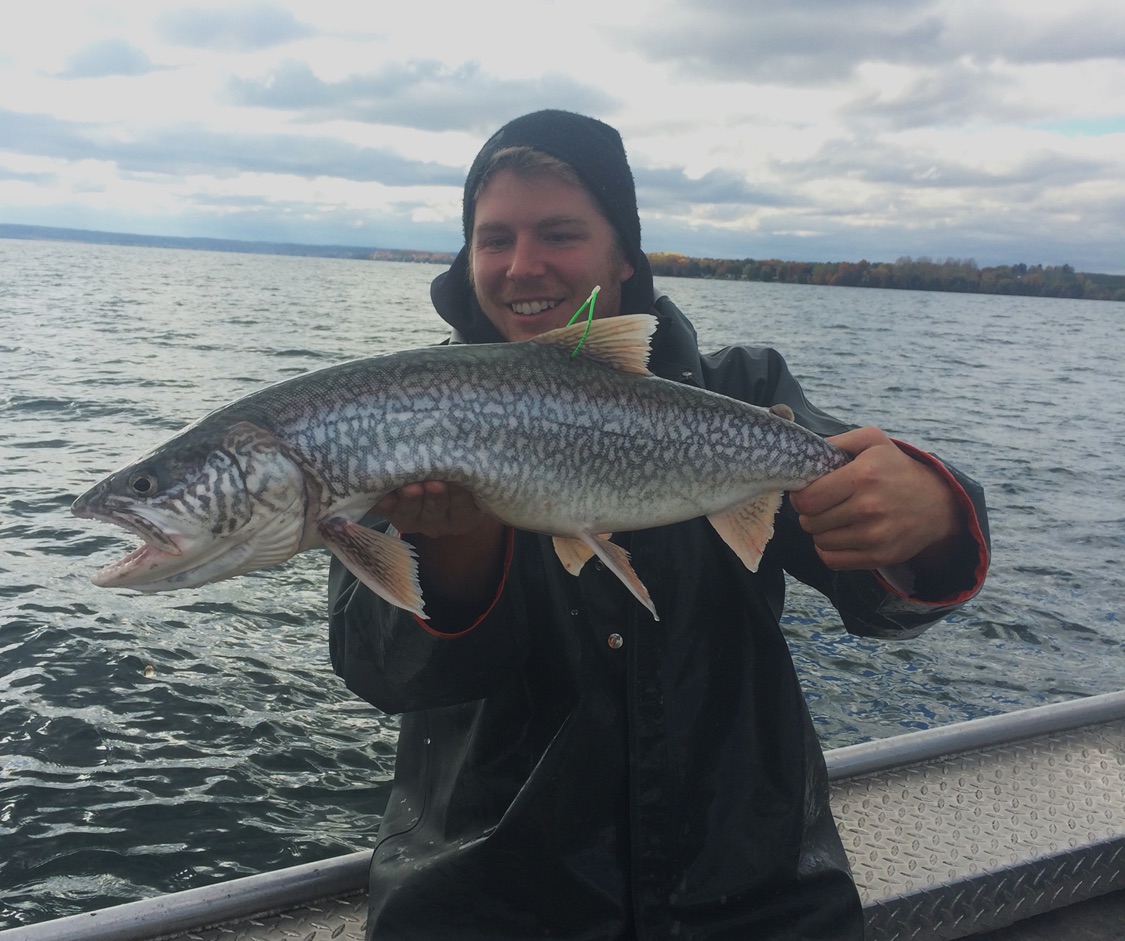 Scientists have found a potential new ally in the fight to restore lake trout in Lake Michigan.

Elk Lake in Northwest Michigan is home to a strain of that fish that researchers believe can contribute uniquely to restoring it. Elk Lake trout have been self-sustaining and reproducing for years. That’s unusual in the Great Lakes Basin.

The fish, which can grow up to 32 inches long, ruled the waters of Lake Michigan prior to the 1800s. They diversified massively then. Different strains live in different habitats, reproduce at different times and forage differently for food.

By the 1940s, commercial fishing and the parasitic sea lamprey decimated lake trout throughout the Great Lakes. By the 1960s, the fish had been wiped out.

“The lake trout truly were gone. There was no stock left to reseed,” said Jory Jonas, a fisheries research biologist with the Michigan Department of Natural Resources.

Scientists have been attempting for decades to reintroduce strains from Lake Superior and other areas in the basin–with mixed success. Stocking from Elk Lake may be more successful.

Researchers discovered the strain in 2005. While surveying Elk Lake, they came across lake trout without fin clips, indicating that they were native rather than hatchery-raised. With upturned heads and long, tapered bodies, they looked different from both hatchery and historically stocked strains in the area. Elk Lake was stocked for a few years in the 1980s, but those efforts were unsuccessful and discontinued.

Jonas and other researchers began collecting data on Elk Lake trout in 2009. Due to the collaborative nature of the research, their study has taken years to ready for publication. It was released in the February issue of the Journal of Great Lakes Research.

Trout have either always been in Elk Lake or are the result of early stocking of Lake Michigan lake trout. There’s no way to know for sure, but study co-author Kyle Broadway of Central Michigan University says researchers are pretty sure the trout aren’t stocked. Either way, they are a remnant of a past that scientists once believed long gone.

Elk Lake was connected to Lake Michigan by Grand Traverse Bay until the completion of a dam in the 1850s. Lake trout are notorious river runners, Broadway said, and it’s highly likely that they established themselves in Elk Lake prior to the dam construction. Once sealed in, they would have had an opportunity to develop differently–hence their unique appearance. 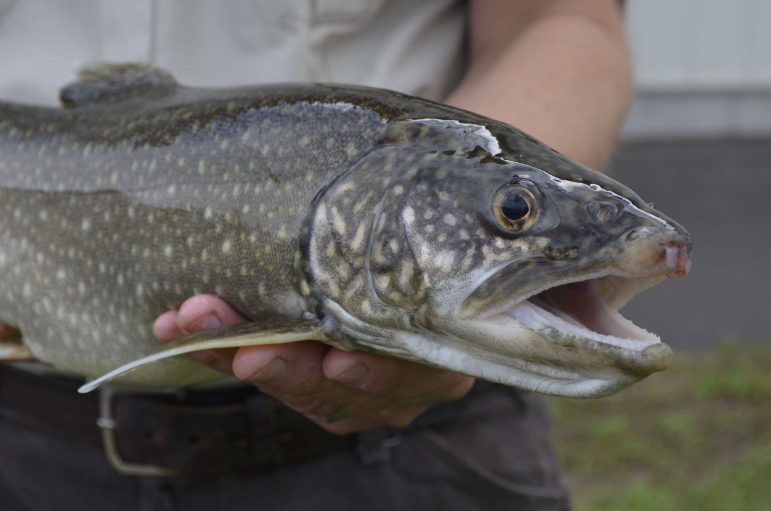 It’s not just their appearance that’s unique. One thing that mystified researchers was the lack of rocky shoals in Elk Lake–the typical scene for trout spawning. The trout’s spawning habitats have yet to be identified, but scientists believe that the Elk Lake strain spawns on steep clay banks. This was known to be the case for some historical Lake Michigan strains, but is unique among today’s trout populations.

Researchers have collected data for over seven years from acoustic transmitters inserted into captured adult Elk Lake trout. That data and thermal profiling indicate that the strain likes colder water than trout from both the Great Lakes or the Finger Lakes in New York.

“If the temperature translates to Lake Michigan, you have to occupy pretty deep water in relation to what’s observed right now,” Broadway said.

Critics say that the trout’s preference for colder water may not transfer to their new habitat if stocked in Lake Michigan, but some previously stocked trout have kept their preference for the cold, Jonas said.

Reintroduction has focused on deepwater trout for various reasons. Anglers complain of too many trout in the lake–largely because of previous stocking of nearshore varieties. Deepwater-loving trout can inhabit parts of the lake that are underpopulated, and stay out of the way of anglers.

Perhaps the best reason is that deepwater varieties are also less vulnerable to sea lampreys which tend to inhabit shallower water.

Jonas said she was surprised to see how much the community around Elk Lake rallied around their research. They had a hard time raising money to pursue their work, but were bolstered by public support, she said. The lake association even pitched in to help buy some of Broadway’s acoustic equipment.

The next step for the researchers is to evaluate nearby Torch Lake, a nearly identical habitat, but three times larger.

They want to know the relationship between Torch Lake trout and those from Elk Lake.