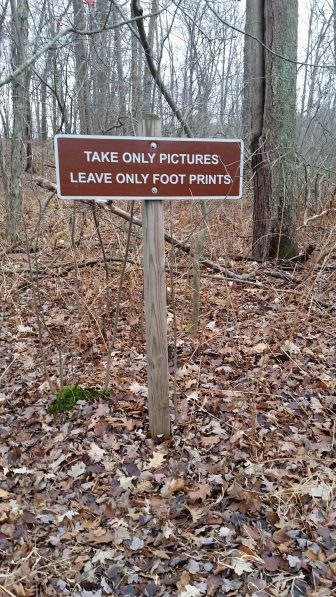 Signs are posted around a bog at Waterloo Recreation Area in Michigan to prevent visitors from walking off of the path and trampling the habitat. Image: Becky Wildt

By Becky Wildt and Megan McDonnell

What’s often the neglected side of the crime is plant poaching — stealing rare and endangered plants from public lands for profit or for possession.

In the Great Lakes watershed, some of the most commonly poached plants are goldenseal (Hydrastis canadensis), American ginseng (Panax quinquefolius) and rare orchids. Goldenseal and American ginseng are valued due to medicinal claims. Rare orchids are instead valued by collectors for their beauty and rarity.

“What happened to plants like orchids is similar to what happened to the blue macaw– when it entered the illegal pet trade, the bird soon became endangered because of its high value,” Telewski said. “When you take a rare plant, you increase the value of it because it becomes rarer, but it doesn’t do the world any good.”

Improved access to a bog at Waterloo Nature Center in the Waterloo Recreation Area in Chelsea, Michigan, led to the decline of the orchid population, according to Thomas Schneider, a former state Department of Natural Resources (DNR) naturalist at the center.

The center made what he calls a “costly mistake” by building a T-shaped boardwalk into the bog, leading a path right to an orchid site. This led to the disappearance of a number of rarer species.

“There were some very rare orchids in that bog at the time, the late 1970s,” said Schneider. “They were there every year until word got out how easy the bog was to visit.”

Even a photograph can tip off poachers. Mark Carlson, a nature photographer from Laingsburg, Michigan, estimates that he’s photographed at least 50 native orchid species in the state. The biggest problem he’s encountered has been habitat destruction due to negligence.

Last spring, Carlson went to a bog, a prime habitat for orchids in Michigan, that he knew contained the showy lady’s-slipper orchid (Cypripedium reginae).

However, other people found out — he suspects they were fellow nature photographers –and when he returned he saw little trails all over the bog. The area around the orchids was trampled, which killed other vegetation, affecting that orchid’s fragile ecosystem.

“Essentially people are loving the habitat to death, and it can take its toll,” said Carlson.

He uses social media to share his photography and never divulges the exact location of where he finds the orchids. Yet sometimes a location is tracked down through unintentional information in photographs. 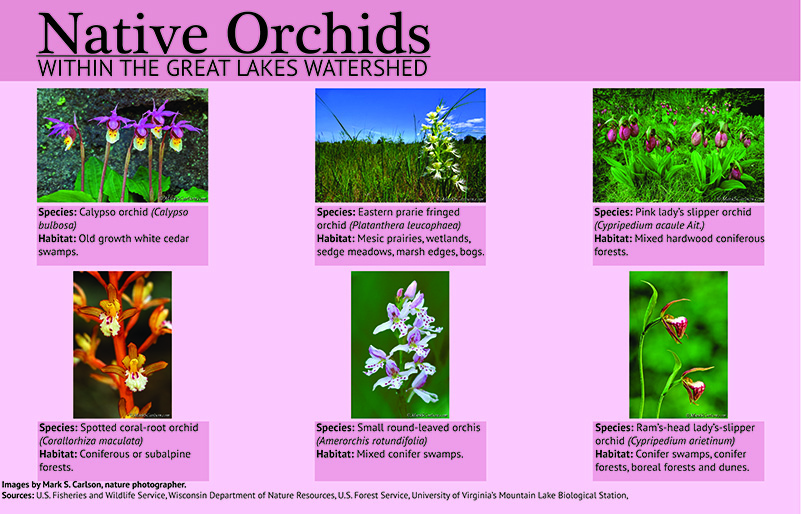 Some of the orchids that are sought by collectors and photographers in the Great Lakes region.

“There’s a fine line between people being aware because you want people to love them, but you don’t want people to destroy the habitat. I want to educate people on the duty of these specialized plants, because in the last five to six years they’ve declined dramatically,” he said. “When you post photographs on the internet, people can track the area you’re in by seeing the flora and plants in the habitat around the orchid — it’s like CSI orchid edition.”

Pink lady’s-slipper orchids (Cypripedium acaule) are fairly common in the Great Lakes region. However, some park rangers at Pictured Rocks National Lakeshore in Michigan’s Upper Peninsula had spotted extremely rare albinos less than 100 yards off of a trail.

Pictured Rocks is one of only four national lakeshores. It contains nearly 100 miles of trails leading into forests of maple, beech and conifers, according to the National Park Service

When Carlson looked for them, he couldn’t find anything. After closer observation, he concluded that something devastating had happened.

“Someone had clipped the buds at the stem and taken them,” said Carlson. “It takes seven years for orchids to reach blooming age. And now the buds and the seeds are all gone.”

To defend against population declines due to negligence, climate change and habitat destruction, states such as Wisconsin and Illinois are asking citizens to record populations. The Wisconsin Department of Natural Resources trains volunteers to survey public land for rare plants. They track 320 plants that are endangered, threatened or of special concern. More than half of them haven’t been seen in the past 20 years.

One of the effort’s successes was finding a new population of Eastern prairie fringed orchid (Platanthera leucophaea). The species had not been recorded for about six years until two volunteers found a patch. The Wisconsin DNR then removed brush that was inhibiting the growth of the orchids to create a better habitat for their survival.

Kevin Doyle, the program coordinator, said he hopes that respect for rare plants will protect them from poaching as conservation ethics become better known.

“I think the volunteers are the kinds of people who understand how fragile these plants are and how unsuccessful it is to transplant them to your house,” Doyle said.

The Chicago Botanic Gardens also runs a citizen science-based plant monitoring program that’s been recording populations for the past 16 years in northeastern Illinois. Rachel Goad, the program manager, said confidentiality is a key component of volunteer training. The locations of plants cannot be revealed, especially orchids and carnivorous plants, which are most commonly poached.

“We go out to monitor a population and find holes in the ground where plants were taken, and it’s clear that something was there and now it’s just a pit. Many of these populations are very small, and reducing the number by a few can have a significant impact on a small population,” said Goad. 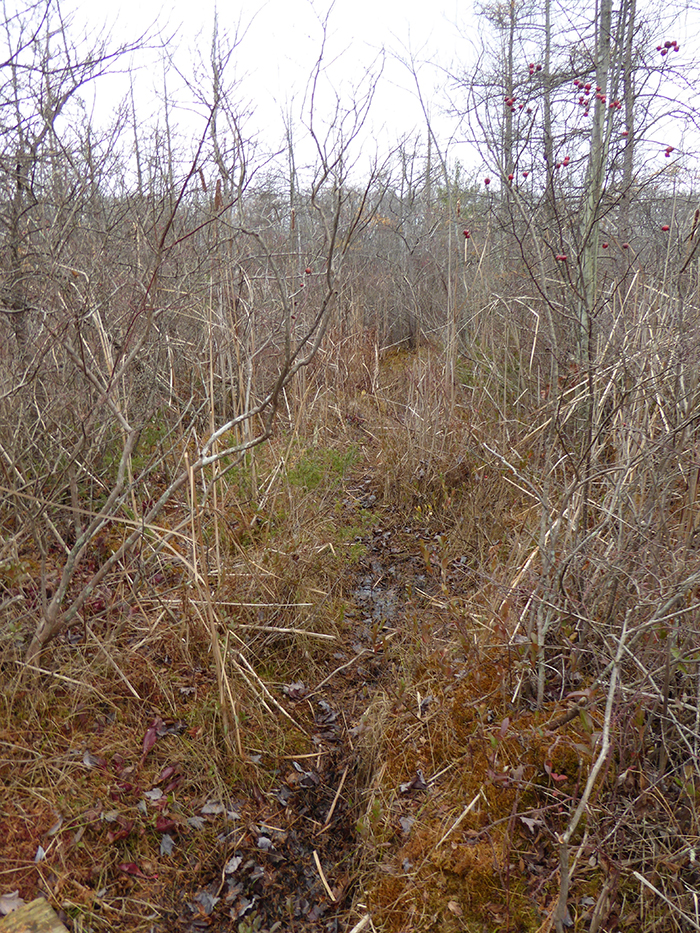 Damage by visitors walking off of the boardwalk at Waterloo Recreation Area in Chelsea, Michigan, makes it easier for poachers to find orchids. Image: Becky Wildt

“Especially for orchids, they have specific needs for soil–they need certain associations with fungi, correct drainage,” she said. “So to think someone has gone out and damaged a population and reduced the genetic variability and likely killed that plant, it’s a pretty sad prospect.”

Data collected by volunteers can support rare populations in these habitats.

The white-lady slipper has been monitored most across the region, which resulted in finding new populations. Then land managers used the data to create suitable habitat.

That led to the orchid’s removal from the threatened and endangered species list in Illinois in 2014.

Editor’s note: In Pursuit of Plants is a series of stories about the wild plant trade in the Great Lakes region.

Read the first, third, and fourth stories in the series.