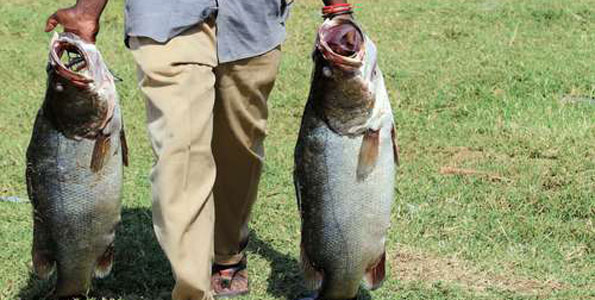 Will the commercial viability of Lake Victoria and its ecosystem be sustained? This is the question arising from re-emergence of low value native species like dagaa against dwindling stocks of high-value species like the Nile perch.

A new study, “Nile Perch and Transformation of Lake Victoria” published in the Africa Journal of Aquatic Science 2016 shows that haplochromines – diverse groups of small fish found in East Africa’s lakes – now form 60 per cent of the lake’s biomass. The other 40 per cent is made up of Nile perch, tilapia, catfish and lungfish, among other species.

“The changes in fish stocks are attributed to changes in key environmental variables,” said Anthony Taabu Munyaho, the lead researcher and director at National Fisheries Resources Research institute in Uganda.

“Overfishing, habitat degradation, death of animal life in the lake due to lack of oxygen, pollution and invasive species are the main drivers,” he added.

Even though the study finds that the haplochromines biomass is rising, it still falls below 83 per cent, the volumes recorded in the 1950s.

Back then, the Lake’s water was unpolluted, but commercial productivity remained inconsequential as the fish catch was mainly for domestic markets.

The introduction of Nile perch in 1962 (some studies suggest that it could have been illegally introduced in 1954 by Uganda Game and Fisheries Services as breeding population was discovered in 1963) transformed Lake Victoria into one of the most productive freshwater lakes in the world. However, the scientists did not know the ecological impact of the development.

Nile perch spread into other lakes like Lake Tanganyika and Lake Kyoga. In 1999, Lake Victoria alone had a production capacity of 1.6 million tonnes of Nile perch, but in 2016 only 803,000 tonnes were registered.

This rise in volumes is attributed to declining numbers of Nile perch.

Before introduction of Nile Perch, there were up to 500 endemic species but these gradually went extinct, leaving only a few to survive.

Scientists argue that the depletion of native fish biomass by Nile perch may have been the source of eutrophication of the lake, which also kills the fish.

This story originally appeared in The East African and is republished here with permission.