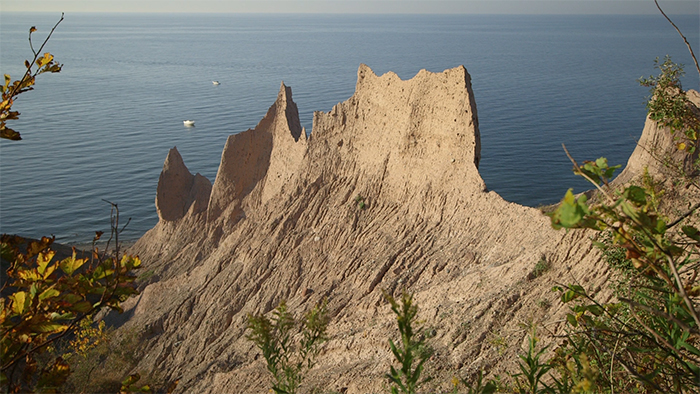 “Making Waves: Battle for the Great Lakes” was inspired by Brendan and Jessica Walsh’s love for the lakes. Image: Brendan Walsh

EAST LANSING — A documentary film exposing the spread of invasive species in the Great Lakes is airing on Public Broadcasting Service stations throughout the region.

“Lake Michigan’s always been a really special part of our lives,” said Jessica Walsh, producer of “Making Waves: Battle for the Great Lakes.” Her husband, the film’s director of photography Brendan Walsh, was also a producer. Kurtis Productions of Chicago supervised the film as well.

When the Walshes started researching the effect of invasive species on the lakes, they knew they’d found their topic, Walsh said.

Asian carp are in the news a lot, but people don’t realize there are 180 other invasive species in the Great Lakes, said Walsh, who co-owns Great Lakes Media with her husband. The documentary is meant to educate people and help them realize the impact they can have on the lakes, good or bad.

Growing up, Walsh used to think that whatever she saw growing in the lakes, in her backyard or on the shore was natural and supposed to be there, she said. People don’t realize that the plants and animals they see aren’t always native. 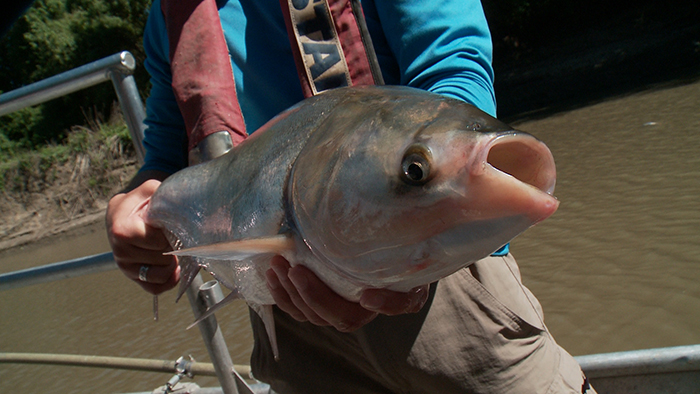 There are 180 invasive species in the Great Lakes, Walsh said. Image: Brendan Walsh

“We want to open peoples’ eyes,” she said.

The Walshes produced the film over six years and saw the effects of invasive species during the course of their work, she said.

Over the years, the Walshes noticed it became harder to find zebra mussels to film, she said. The zebra mussels were being replaced by their cousins, the quagga mussels.

The Walshes started getting funding for the project in 2014. Donors include the Nature Conservancy, maritime organizations and other groups.

“It was mainly a labor of love for us,” she said.

The Walshes reached out to WTTW, the Public Broadcasting Service’s Chicago station, in 2013, before they’d received funding. They showed the station early footage and knew for most of the project that the station was interested in airing the documentary when it was complete, Jessica said. 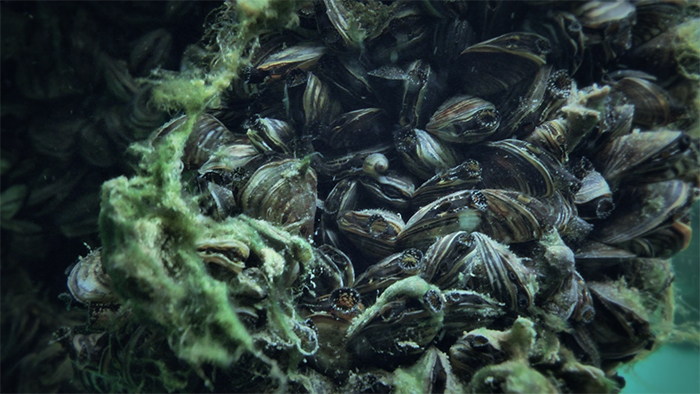 Even non-native species, such as zebra mussels, are being edged out by invasive species. Image: Brendan Walsh

Airing on Public Broadcasting Service’s stations is a dream come true, she said.

The Walshes hope the film will air on all public Public Broadcasting Service stations throughout the region, she said.