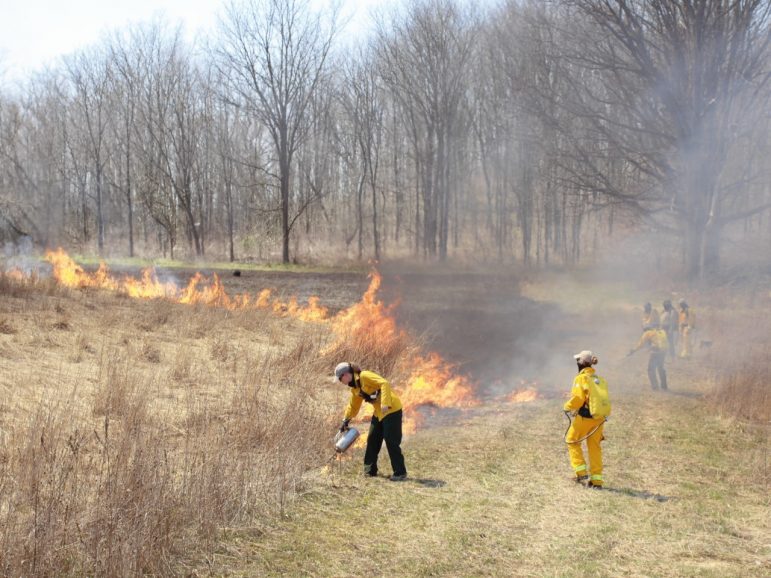 From flower pots to 100-acre lots, planting native prairie plants is increasingly important as they face threats from invasive species and human development.

Only .01 percent of native prairie has been left unaltered in Michigan, according to Jennifer Howell, stewardship manager at Pierce Cedar Creek Institute, a nature center near Hastings, Michigan. The rest has been developed or turned into farmland. But now planting prairies is increasingly popular.

“The institute is a hands-on destination for schools and other visitors to learn about prairies,” Howell said.

During her 14 years there she has noted the increasing popularity of native plants.

“I used to have to sell people on the idea of native plants, but now they come here and know they already want them,” she said.

Howell just finished a ‘build-a-prairie workshop’ to teach homeowners how to start their own prairies. Participants had plans ranging from an urban landscape to an 80-acre prairie.

“Every bit helps, even if it is a potted plant on an apartment balcony — that can create a corridor for species like butterflies to rest at along their migration,” she said.  “With the small amount of remnant prairie left, these small rest stops can help connect a pathway for them,”

At the institute, Howell recently noticed something different about a newly acquired 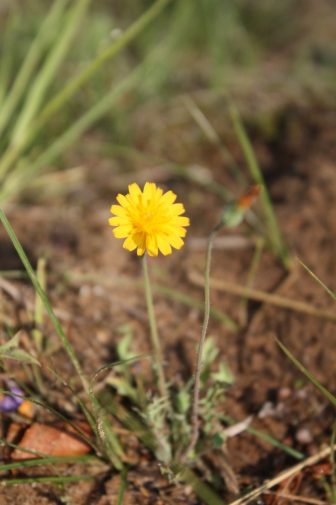 A false dandelion, one of the first clues that there was a sand prairie on Pierce Cedar Creek’s new property. Image: Jennifer Howell

parcel of land that was a former horse pasture.

“I noticed native grasses popping up and some wildflowers, then false dandelion- which we don’t have anywhere on the property,” she said. “We found out we have sand prairie habitat that was really degraded.”

Work is being done to remove invasive species and other competitive plants so the native grasses can grow in its place.

The sand prairie is the only area on the institute’s property where Eastern box turtles are found. It’s a protected species in Michigan due to habitat loss.

Prairies in the Great Lakes region are known for hosting bobolinks, wild turkeys, butterflies and a vast array of wildflowers.

Carl Korfmacher, the company’s owner, said that many of his clients want to create habitat to attract wildlife. Seeds can range from $300-$3,000 depending on how many the planter needs and their choice of plants. .

“Owners enjoy not having to mow their lawns and burn them every three years instead,” he said.

Korfmacher said that his children enjoy going out and exploring his own 1-acre prairie and that some of his neighbors have started their own.

“Each month, season or year could differ,” Korfmacher said. “Some years, one flower will dominate over others and then be gone the next from the changes in weather.” 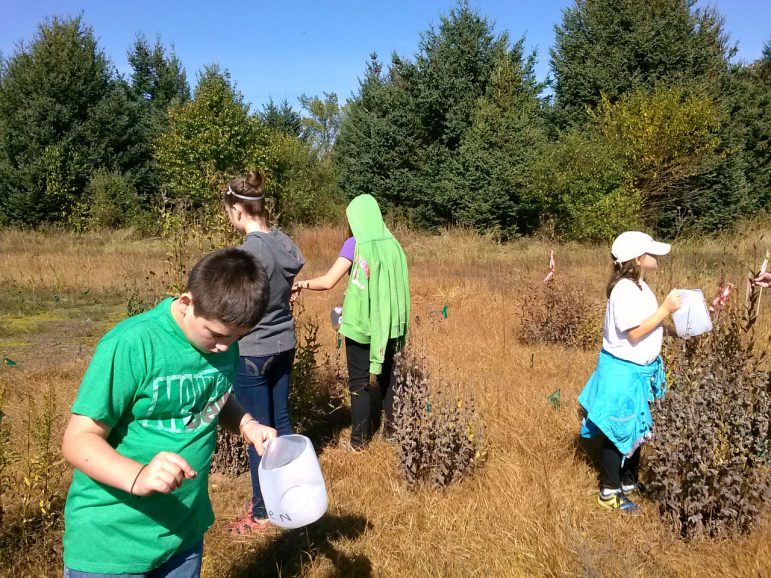 Heidi Frei, a resource steward in the southwest region of Michigan’s Department of Natural Resources, also promotes prairie growth. One of her stewardship programs collects native plant seeds to expand prairies in state parks. These plants are better adapted to Michigan’s climate compared to plants from different areas.

This program not only promotes prairie growth but also engages volunteers with the environment, she said.

“It’s not a typical nature center or naturalist program,” Frei said. “We focus on service learning, so they are learning while they are doing.

“We think it’s really important, especially for invasive species — without action they will take over the habitat.

“It’s something that everyone can help with.”