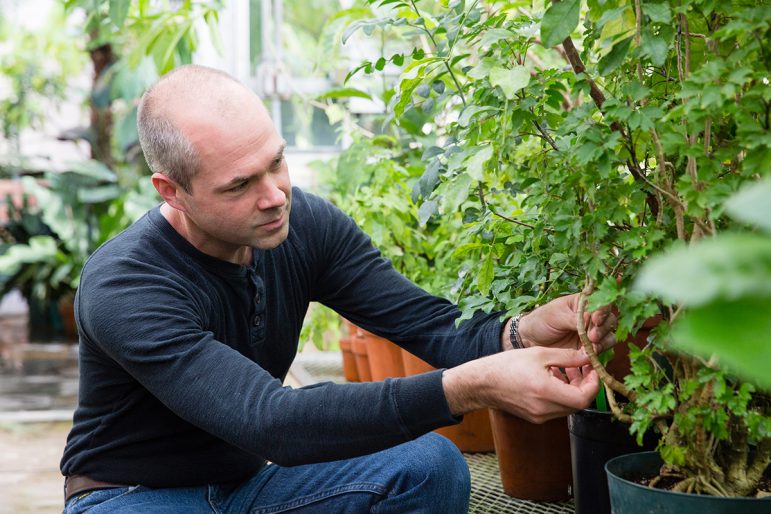 Poplars and other trees can be bred to break down more easily to make biofuel and other products such as paper, according to scientists at the Great Lakes Bioenergy Research Center.

Their new study found that zip-lignin, an enzyme that indicates the high degradability of plants, is already in most plants.

The center is a collaboration between the University of Wisconsin-Madison, Michigan State University and other partners. It was established by the U.S. Department of Energy.

The discovery reveals that “nature was already doing what we thought we’d laboriously taught her to do,” said John Ralph, a biochemistry professor at the University of Wisconsin

In 2014, the researchers produced a highly degradable poplar by injecting an exotic gene in the lignin, the part in the cell walls that’s hard to break down. 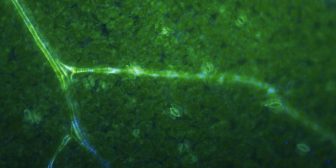 increase the concentration of atmospheric carbon dioxide, Ralph said. Another goal is to improve the processes that create more efficient and sustainable fuels and other products.

Steven Karlen, a research scientist at the University of Wisconsin and the study’s lead author, said the finding is a big step toward achieving those goals.

“Instead of finding exotic genes and transform them into the plants, we can actually breed these trees,” Karlen said. “You can find and breed ones that are producing the highest levels of zip-lignin, getting these trees growing higher without GMOs (genetically modified organisms) or anything else. Using trees with high density of this enzyme means they will break down with less toxic chemicals.”

Ralph said this research has demonstrated a potential increase in the yield of bio-products by taking advantage of the enzyme. “It takes less time and lower temperature to get the same yield, so even if you do it under the same condition as before, the yield is higher.”

The Great Lakes Bioenergy Research Center has other groups looking at the sustainability of land use and studying how to grow plant-based biomass on marginal and riverfront land.

The center hasn’t been looking at the specific effect that zip technology has brought on the field, but according to Karlen, researchers have found that almost all the crops and grasses the groups are studying, have zip-lignin in them.

Karlen said, “By developing this technology, we can increase the value of crops growing in the Midwest.

“A big one on our list is corn–there is lots of corn stover” — meaning the plant’s leaves and stalks — “around the Great Lakes area. You can take the stover you need to remove to convert that to liquid fuel, and it doesn’t hurt next year’s crop,” Karlen said.

The team is cooperating with Michigan State University Technologies, which is responsible for commercializing the research.

Thomas Herlache, an assistant director for commercialization at MSU Technologies, said, “This finding is a result of years of research started in Wisconsin. A few potential companies working on genetic engineering approaches to make better trees are interested in taking it to the market,” Herlache said.

“The technology is really developed to improve trees so they take less energy and less chemicals to convert. We are in the stage of signing a license agreement with one of those companies,” he said.

The main challenge of getting it commercialized is the long development and regulatory process, Herlache said. Twelve years is a minimum period for a product to get to the market.

“Despite there is always a risk that the technology won’t work when implementing it in the fields,” he said.

The biggest concern to Karlen’s team is how far it can pursue this improvement.

“Working with biomass is convoluted with so many processes,” he said. “We knew we could increase the levels of zip-lignin, but we don’t know to how high we can put them.

“That’s especially because some plant species already have zip-lignin naturally. Increasing it can be detrimental to plants’ health, although so far it doesn’t look like it is.”