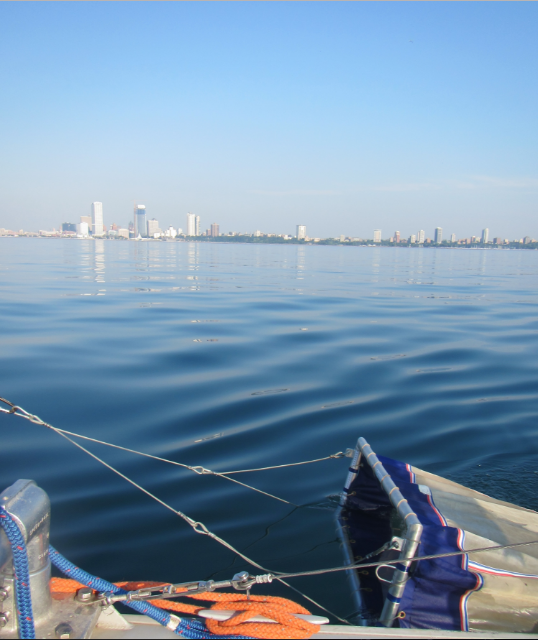 A recent study found that microplastic pollution in the Great Lakes comes from more than just the beads in consumer products like face wash. 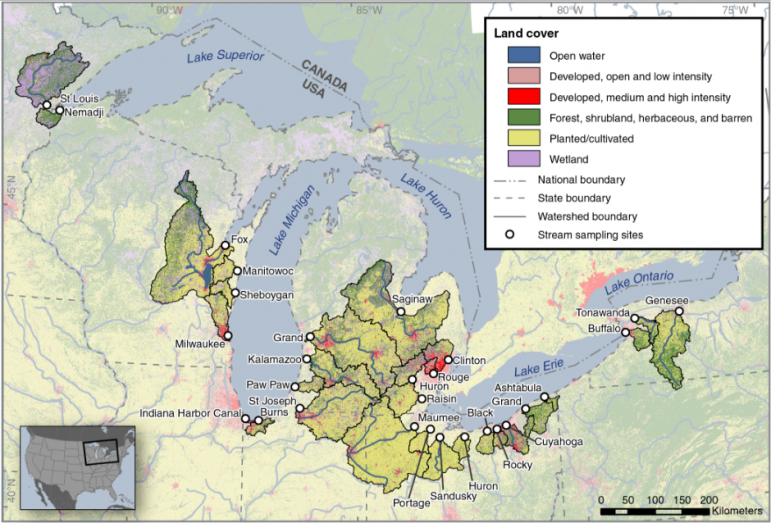 Austin Baldwin, a hydrologist with the agency, led the study to find out if there were multiple types of microplastics and where they could be found. He sampled 29 Great Lakes tributaries during the spring of 2014 and 2015.

“Of those categories, by far we saw the most fibers,” Baldwin said. “About 72 percent of the particles we sampled were these fibers.”

Baldwin expected to find higher concentrations of microplastics near urban watersheds. For the most part, he did. However, fibers didn’t follow any pattern of distribution. They were found in high concentrations in urban and agricultural watersheds.

Further testing will determine what effect the fibers have on the Great Lakes environment. 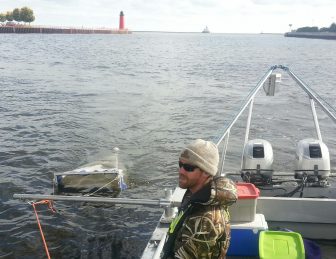 “They’re definitely ingested by fish and other organisms,” Baldwin said. “Whether that has a real impact on fish health is still being debated in the studies.”

“We’re looking for microplastics in the sediment,” said Steven Corsi, a research hydrologist with the USGS who assisted with Baldwin’s research. This and Baldwin’s studies were funded by the Great Lakes Restoration Initiative, a federal program dedicated to the restoration and protection of the Great Lakes. 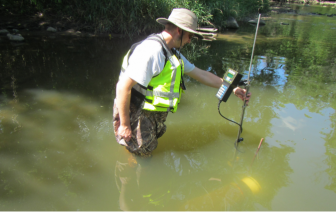 Previous studies have focused on plastic that floats on the surface of the water. Corsi hopes to find out which types of microplastics collect where. Fiber concentration is expected to be higher at the bottom of the lakes.

This study uses the same gathering nets as used with Baldwin’s study. These nets are placed along a cable that  measure microplastics at specific depths. The cable trails behind a research vessel to collect samples. 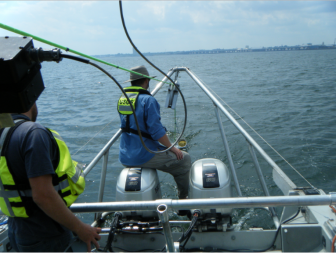 Peter Lenaker, a physical scientist for the USGS, is doing that research with the Milwaukee Metropolitan Sewer District. He hopes to better understand what is happening to microplastics below the water.

“If you scour the literature, that really hasn’t been done before,” Lenaker said. “Everyone that’s sampled has either sampled sediment or the top of the water column, which can range depending on how people sample. This project will hopefully provide some unique results as to what’s happening through the whole water column.” 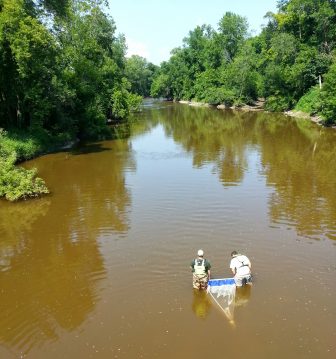 Researchers at a sampling site for the Baldwin study. Image: Austin Baldwin

Both studies, inspired by the one performed by Baldwin, seek to provide more information about microplastics.

“We’re just trying to collect the best data we can and provide that to the public and policy makers, and they can inform themselves based on that research,” Lenaker said. “There’s a lot that we don’t know about microplastics. So the more we can figure out, the better.”

The highest concentration of all microplastics, 32.32 particles per cubic meter, was measured in the Huron River at Ann Arbor, Michigan. This was one of the urban sampling sites.

But none were found at the Manitowoc River at Manitowoc, Wisconsin, and Burns Ditch at Portage, Indiana, two rural sampling sites.