This story is the fourth and final part of a series on dangerous Great Lakes currents and their impact on human lives in the region.

With dangerous currents a fact of life along the Great Lakes, officials are looking for ways to limit the number of drownings.

On a recent sunny afternoon on Lake Michigan, people are enjoying the cool waters of Warren Dunes State Park … despite a large red flag flying above the crowd. The flag means no swimming due to dangerous currents. The park has no lifeguards, so there’s no one to enforce the ban, and some beachgoers still plan to go into the lake.

“We know there’s no lifeguards, so we kind of police each other and keep tabs on where they are,” says Pam Shutts, visiting Warren Dunes from Illinois with her two daughters. “We just don’t go that far so we don’t have to worry about the rip tides or anything like that.”

“Especially since the red flags are up and we’ve heard the warnings, we’re kind of playing it cautious today,” says Ryan Sincroft of Indiana. “Obviously a lifeguard would be ideal, but I understand the cost and everything associated with that too.” 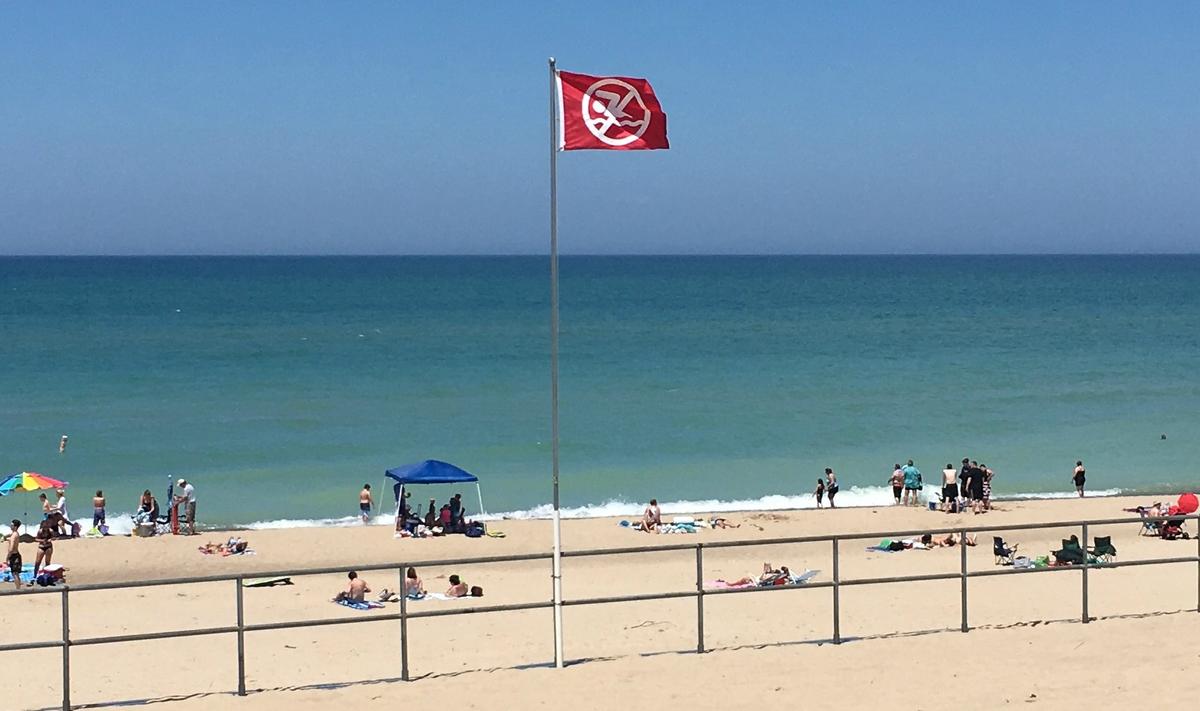 None of the Great Lakes is well represented in terms of having lifeguards trained for rescues in dangerous currents. The United States Lifesaving Association , which certifies open water lifeguard agencies around the country, only has 33 Great Lakes chapters.

The association’s Tom Gill says that’s not enough. “Any beach that is publicized as a tourist destination, where they’re collecting revenue from people that are coming there — we feel there’s a responsibility to protect the people that are going to those beaches,” Gill says.

The Great Lakes Surf Rescue Project tries to increase the safety of beachgoers by holding water safety trainings for people of all ages — even 3 and 4 year olds.

“We show pictures of animals and we learn from the animals,” says Executive Director Bob Pratt. “In the springtime you’ll see ducklings, and you’ll see a whole family of ducklings always staying close to their mother when there might be danger around.”

“We send our teams out all throughout the years to elementary, middle schools, high schools, anyone who will listen,” Lopez says. “We try to educate a/b what to do if you get stuck in a rip current, what a rip current looks like.”

Then there’s the effort to get surfers, kayakers, and non-swimmers to pay attention to what’s going on around them. The Surf Rescue Project says everyday objects that float — things like footballs and plastic coolers — can be used to help people struggling against a dangerous current.

For someone caught in a rip current, the worst thing to do is fight it. The key is to flip over onto your back, float , and follow the current until a rescue team arrives. Pratt says “Flip, Float, Follow” is easy to understand and similar to another safety slogan.

“You grab any one of the elementary aged kids from the beach and ask them what do to if their clothing catches on fire, they will yell out, “Stop, drop and roll.” Ask them what to do if they get in trouble in the water, and you will hear mumbling and silence,” Pratt says. 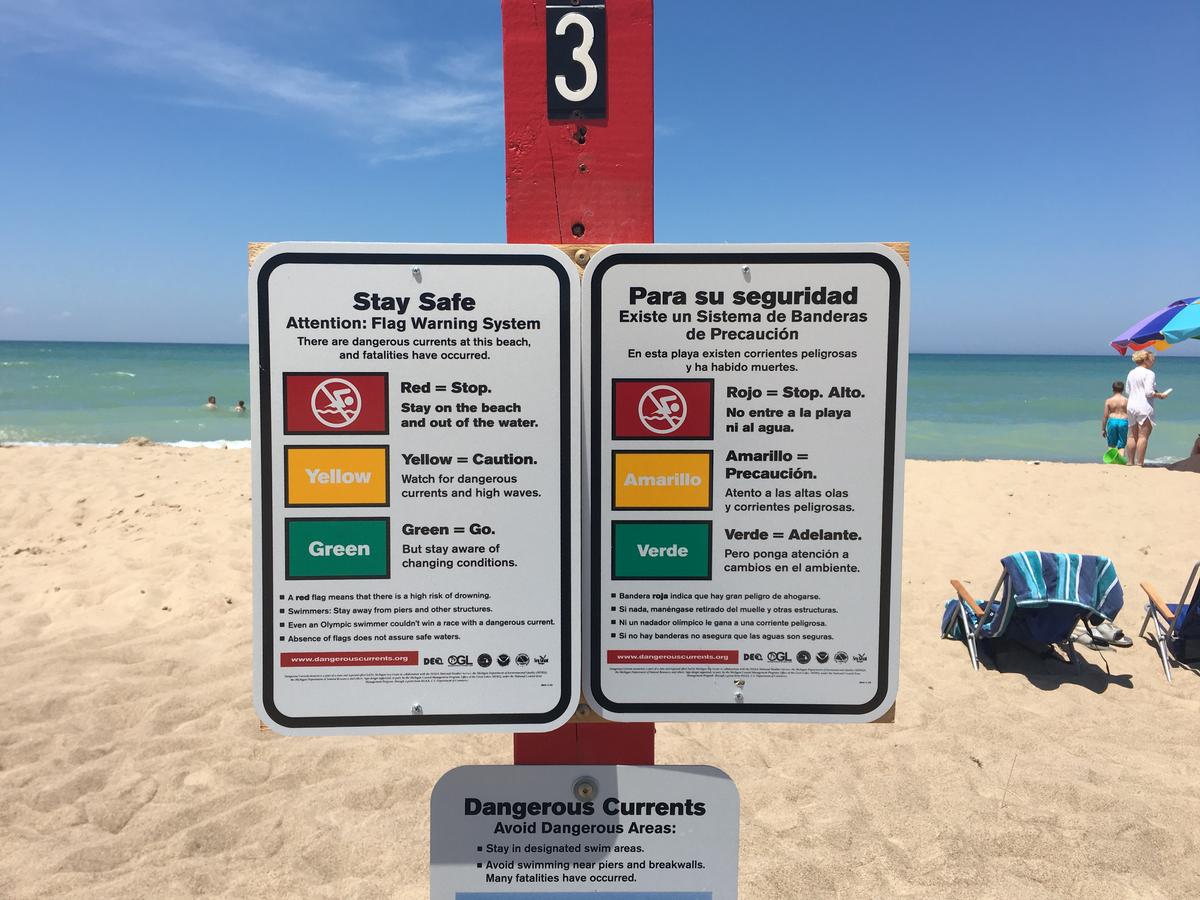 Some beaches have signs explaining what a dangerous current is and flags to prohibit lake use in hazardous conditions. But it’s difficult to know what prevention tactics are working — and who’s even listening.

Pratt says the beachgoers who pay attention to those signs are the ones who probably understand the dangers already. It’s like preaching to the choir, he says.

Pratt has an idea for the perfect solution: “Lifeguards at all of our public beaches. Combine that with water safety curriculum in our school system, and I think we would see very dramatic decrease in number of drownings on the Great Lakes.”

According to the Great Lakes Dangerous Current Incident database, there’s an obvious target audience. Drowning victims are 80 percent male. And half of the drownings happened near a structure, like a pier.

Despite the safety measures, Pratt says the number of drownings in the Great Lakes is up compared to last year.  And 2016 bears a similarity, weather wise, to 2012, when the Surf Rescue Project tallied 101 deaths — many of them due to dangerous currents.

For more information on the Great Lakes Surf Rescue Project, visit their website.