The Great Lakes may boast a fifth of the world’s fresh surface water, but the region is also home to the largest collection of urban stream deserts. 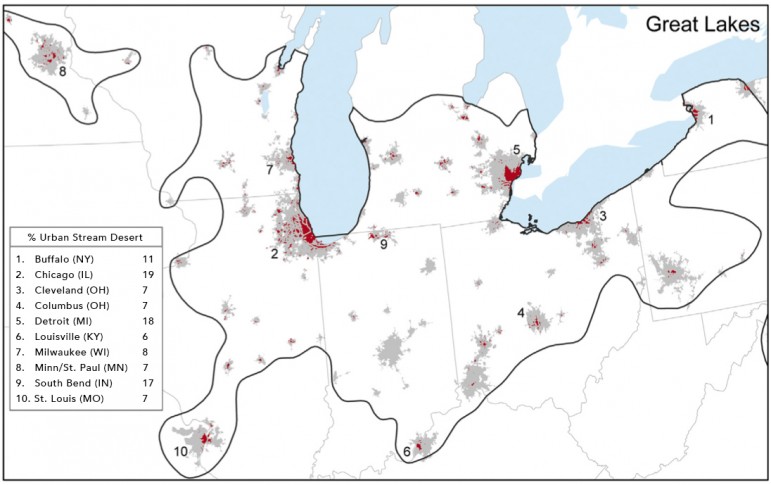 “Urban rivers have value, and when cities start to systematically remove them, they remove viable ecosystem services, like flood control,” said Jacob Napieralski, an associate professor of geology at the University of Michigan-Dearborn.

Detroit alone has lost 86 percent of its surface streams since 1905, according to a study Napieralski recently submitted to the Journal of Maps. That’s roughly 180 miles of stream. Other Michigan cities, including Ann Arbor and Grand Rapids, have seen similar declines, with up to 60 percent stream loss.

“There was this desire to link urbanization and population growth with separated stream networks,” he said. “We wanted to map them, to understand where these channels used to be.”

Water within city limits often is polluted by wastewater and stormwater runoff, or it’s buried.

“It becomes a very dysfunctional part of the stream network,” Napieralski said.

Developers direct the water underground into ditches or artificial pipes, forcing it to flow faster until reconnecting with the main water channels aboveground.

“The water flows out like a firehose,” said Cheryl Nenn, a Milwaukee Riverkeeper who patrols Milwaukee area waterways to expose social and environmental problems.

“This region is dealing with a legacy of development, and it’s finally coming to terms with the problems of stream burial, which can affect human safety.” she said.

Great Lakes urban areas contain nearly 3,200 square miles of these urban stream deserts, according to another Napieralski study. Chicago and Detroit buried the most streams — a fifth of the region’s total.

Detroit and other cities have exhumed some of their lost rivers to increase green space, a process called “daylighting.” But critics argue the water is best left alone.

“If you daylight, you still have to maintain the waterway,” Napieralski said. “In a city like Detroit a daylit stream could collect runoff and contaminants from neighboring areas.”

But advocates of uncovering streams say that those that are daylit require the same management as natural or unburied ones.

Natural streams regulate water flow. They cycle nutrients and support wildlife. But these vital ecosystem services are lost when a stream is buried, urbanized or both.

“Each ecosystem service has a monetary value, and if they’re removed, then there’s a need to invest elsewhere to fix new problems,” Napieralski said. 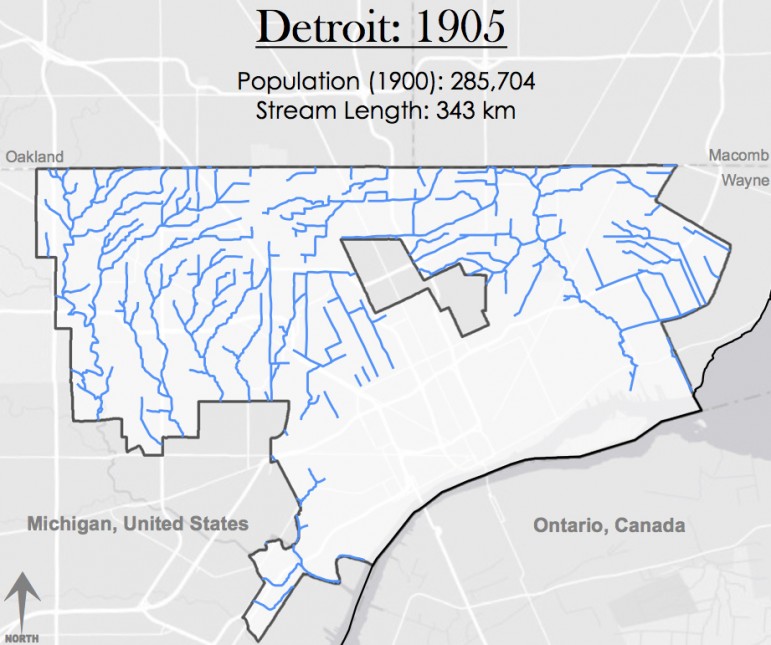 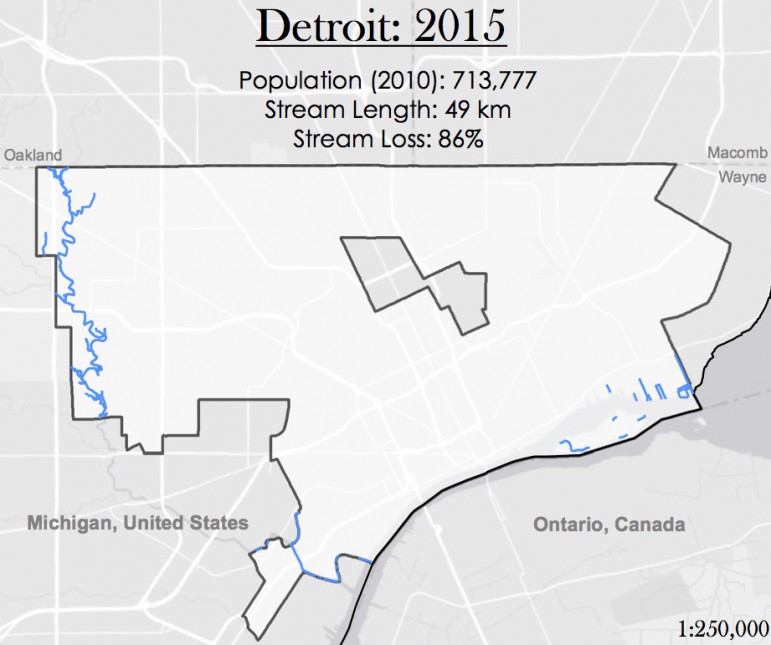 Runoff in cities no longer follows the paths of rivers and streams. It overwhelms one or two channels, including the underground passages, pipes and retention basins that house buried streams.

“Billions of dollars have been spent to slow this impact of flooding using retention basins, Napieralski said. “It’s a cost to taxpayers and to the environment.”

Daylighting is expensive, too.

It may come with a high price tag, but “daylighting is becoming an option, especially in this region, where people are highly educated about floods,” Nenn said.

“We look to green infrastructure to protect and improve the area adjacent to streams.”

Despite an uptick in this green infrastructure — working with streams rather than eliminating them — protecting waterways from burial isn’t easy.

“It’s mainly an issue of protecting smaller tributaries not defined as navigable by the Clean Water Act,” Napieralski said. “They still play a critical role, but they’re not protected.”

By removing streams, developers make room for more people, but also lose some of the value they anticipated for that development.

“People are drawn to water and the parks around them,” Napieralski said. “When you remove a river you not only remove its environmental value, you start to see people moving away, seeing vacancy above buried streams.”

Napieralski hopes his maps act as a warning — a lesson learned for developers who threaten a self-regulating system for handling water that benefits the environment and the people who live there.

“This is a precautionary tale about the impacts of rapid urbanization and the decisions we make to ignore long-term sustainability,” he said. 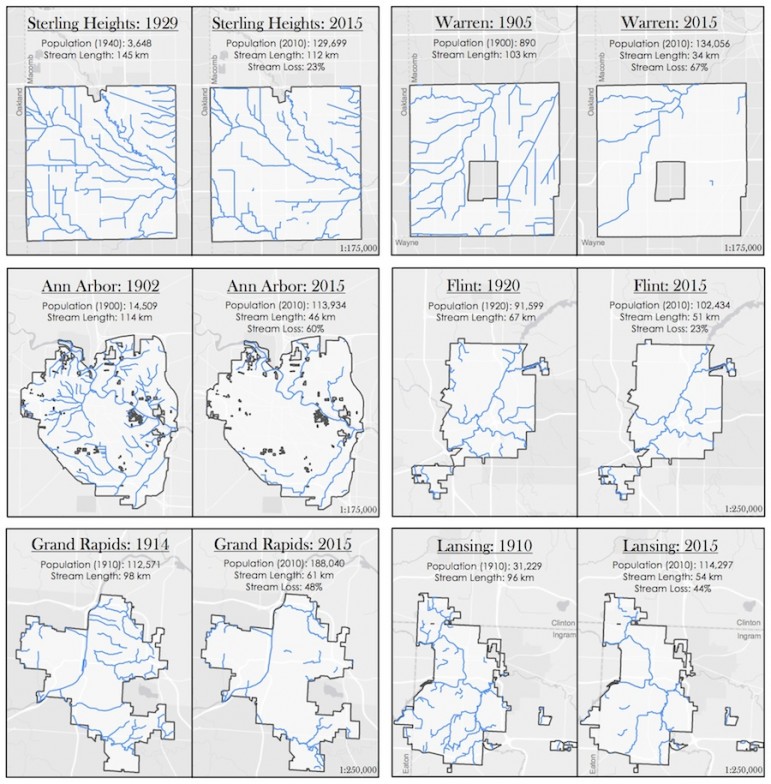