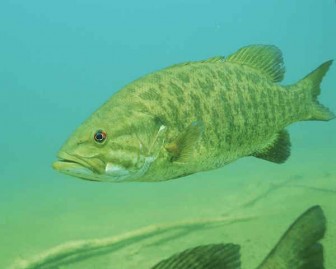 Levels of hazardous flame retardants in most Great Lakes fish are declining — or at least researchers thought they were.

But a new study shows that this isn’t the case for Lake Erie smallmouth bass, an important game fish. And the contaminated fish threatens the health of some of those who eat them.

Their production was discontinued in 2013 because they contaminated water, leading to serious health problems, says the study.

Although they are no longer manufactured, PBDEs remain in Lake Erie water and sediment, says the study.

“They are relatively persistent out in the environment and they don’t break down as easily,” Murray said.

PBDEs in most big game fish have declined. But the round goby has kept the same decline from happening for the smallmouth bass. The goby and zebra mussels are invasive organisms that have created a link in the food chain that lets the flame retardant bioaccumulate in smallmouth bass. 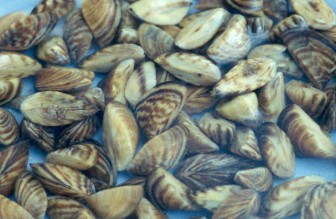 Bioaccumulation is when chemicals accumulate in an organism because of what it eats, said Joshua Wallace, co-author of the study and a graduate student at the University of Buffalo. “Every time something is eaten, the eater gets more and more of [the chemical] and it doesn’t get rid of it.”

When the round goby invaded Lake Erie, it ate zebra mussels which are “very bad for bioaccumulation, because they reproduce so quickly and because … they suck up everything on the floor and in the water and they hold it,” Wallace said.

Eating mussels causes the goby to bioaccumulate PBDEs that the mussels pick up. And now the bass that eat gobies are bioaccumulating the same contaminant.

What’s more, some anglers who eat the smallmouth bass now have elevated levels of PBDEs, a chemical linked to hypothyroidism, neurotoxic damage and cancer, says the study.

“The big issue with PBDEs is that they can block thyroid receptors,” Wallace said. “Your body thinks it’s producing too much thyroid hormone, but in reality it’s just these PBDEs that are mimicking that, and it makes your body stop [producing the hormone],” Wallace said.

The health problems are linked to very low levels of PBDEs, he said. Though eating one smallmouth bass might not be bad, having bass a couple times in one month could be. 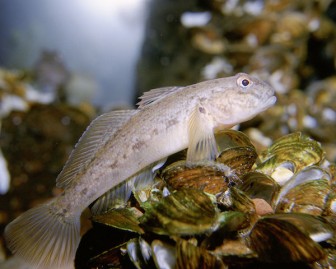 “You’re going to start bioaccumulating these PBDEs yourself and then keeping them in your system and blocking these thyroid receptors,” Wallace said.

Another problem with PBDEs is that if pregnant women are exposed to them the chemicals will go into their breast milk after the child is born, Wallace said.

Researchers are seeing decreased IQ and “increased hyperactivity in children who had elevated PBDE exposures in the womb,” Murray said.

PBDEs damage children’s attention, motor skills and cognition, he said. “It seems like there’s another study that comes out every few months on the confirmation of impacts that we’re seeing, in particular on young children.”

“It’s the kind of thing where we often learn a lot about the impacts after they’ve been out in the environment and in use for quite a while, for decades,” Murray said.

“It’s going to take a while before the levels [of PBDEs] drop down to below levels of concern,” he said. “They are definitely a concern in the Great Lakes.”

Related story about mussels, round goby and PCBs.