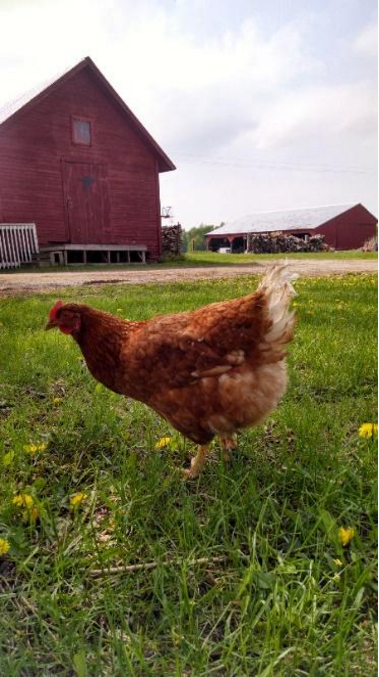 Consumers are increasingly demanding local and healthier birds, according to Mike Badger, executive director of the poultry association.

As evidence of the growing interest, his group has 1,100 members, up from 500 in 2013, Badger said. The organization focuses on farmers who want to make pastured poultry a profitable business.

“There are untold numbers of people raising family flocks in a pastured way,” Badger said. “And while we support those folks in whatever way we can, our focus is on the economic viability of pastured poultry, and that includes everything from husbandry to marketing to processing to continuing education to cooking.”

A marketing initiative for pastured poultry is being developed by Purdue’s Extension service to boost interest in the practice. Advocates regard it as more sustainable and humane for the birds.

“As birds are raised outside, they are stronger and have less need to be medicated than birds indoors, which can be overcrowded and stressed,” said Corinne Carpenter, a small poultry farmer in Webberville, Mich.

Carpenter, owner of Break O’Day Farm, practices both pastured poultry and free range. With pastured poultry, hens roam without fences, she said. Free range chickens roam in a fenced-in enclosure but have a coop to go into at night.

Her meat birds are raised with a portable shelter known as a Salatin-style chicken tractor. The shelter can move around the pasture so the birds are always on fresh grass, a key aspect of pastured poultry.

“I put meat birds in the shelters because meat birds are stupid,” said Carpenter. The shelter protects the birds from predators. Her laying chickens are smarter and can fly into trees when predators approach. 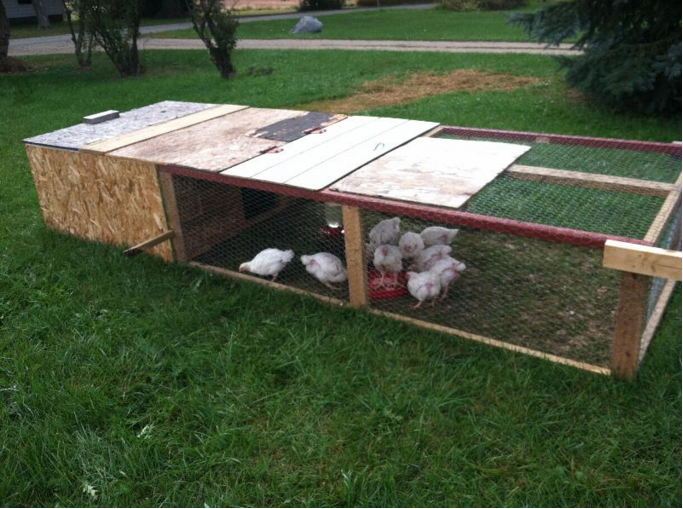 Pastured poultry farming has been around for centuries. Large confinement facilities were created in the 1950s and most poultry in the United States are still raised in these factories, according to the poultry association.

Joel Salatin, owner of Polyface Farm in Virginia, is credited with promoting the practice. He invented the Salatin Tractor from tinkering with an unused portable rabbit run. It’s used to move chickens onto fresh grass while protecting them from predators.

The Salatin system requires no specialized or expensive machinery, according to a Michigan State University report that refers to Salatin’s book, “You Can Farm.”  Seed, fertilizers and fuel are also reduced when grass instead of grain is grown. Vet bills are lower and the birds are healthier, according to the report.

A growing number of farmers have no interest in operating factory farms, according to the poultry association. Pastured poultry farms produce higher quality and farm-fresh products.

“I choose pastured poultry for product quality, a good quality of life for the birds and land utilization,” said Andrew Larson, an Extension educator in local food systems and small farms at the University of Illinois.

Larson also runs a small free range farm with 600 hens in the summer and 300 in the winter. He practices both types of poultry production with a crossbred strain of chickens that are great egg layers, hardy and docile, he said. These characteristics make them good for free range production. Larson sells his eggs to local restaurants, retail stores and farmers markets.

Larger pastured poultry farms often raise meat birds instead of eggs. With a large number of birds to be raised and processed, farmers have to find processing plants that will handle thousands of birds.

Paul Ehrhardt, owner of JenEhr Farms in Wisconsin, raises about 8,500 meat birds a year. He processes them in Minnesota because it has the closest processing facility that can handle that many.

Purdue’s pastured poultry program will likely process its poultry in a U.S. Department of Agriculture facility.

Ballard said, “Our goal is to educate farmers about best practices for the birds and consumer.”