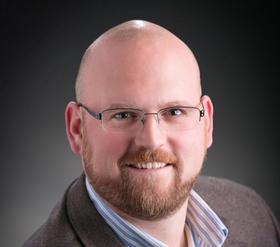 The drinking water crisis in Flint is a complex disaster involving multiple levels of regulatory failure. Flint residents have suffered terrible harms — from the inconvenience of drinking and washing only with bottled water, to rashes and skin irritation due to improper chemical treatment. There are potential long term threats to children and to subsequent generations and a possibly related spike in Legionnaires’ disease.

This is a summary of the laws regulating lead in drinking water and a discussion of the missteps made by the local, state and federal government which exposed Flint residents to dangerous levels of lead. The harm is particularly significant for children, where increased lead exposure lowers IQ, increases the risk of Attention Deficit Hyperactivity Disorder and has other significant impacts. Research also suggests that these negative health outcomes may continue in families long after the initial exposure.

How we make drinking water safe

Congress enacted the Safe Drinking Water Act to ensure national public health standards for water supply systems. The act regulates contaminants in public drinking water systems and requires the Environmental Protection Agency to set national limits for dangerous contaminants.   The responsibility for its enforcement lies with the state, provided it meets certain guidelines. Those guidelines include having drinking water regulations at least as stringent as EPA’s. A state also has to enforce such regulations and agree to provide safe drinking water in emergencies.

In Michigan, enforcement of the act rests primarily with the Michigan Department of Environmental Quality.

Under the act’s authority, EPA enacted the Lead and Copper Rule that protects public health by minimizing those metals in drinking water, primarily by reducing the corrosiveness of water. The rule is needed because the lead and copper mostly enter municipally supplied drinking water from the corrosion of the lead and copper pipes that deliver it. Lead pipes and plumbing fixtures are now prohibited by the Safe Drinking Water Act, but many old lead service lines and pipes are still used today.

The rule requires regular monitoring, reporting and treatment by operators of municipal water systems to ensure that lead and copper are below certain levels. 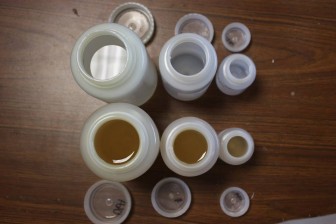 Flint was under the control of a state appointed emergency manager before and during this crisis. That meant that the manager was responsible for water monitoring, treatment and reporting.

Flint switched its water supply from a Detroit system that draws from Lake Huron to a local system drawing water from the Flint River. When that happened, the Department of Environmental Quality ordered the city to begin two rounds of testing water for lead, each six months long.

The order was inappropriate considering the size of the city. Those requirements are appropriate for water systems that serve less than 50,000 people. But Flint has approximately 100,000 users, a size that federal law says requires corrosion control treatment, which can be achieved by adding phosphates to the water system.

These measures may have prevented the lead drinking water crisis entirely. The failure to impose them is the fault of the Department of Environmental Quality. In fact, corrosion control measures were in place for Flint drinking water when it was provided through Detroit’s system before the city’s water source was switched to the Flint River.

State regulators are not the only people at fault. The EPA should have required corrosion control once it learned that the state did not. The federal agency has the power to take regulatory authority from the Department of Environmental Quality to protect public health.

The law says that the EPA Regional Administrator may review treatment decisions made by a state and override them in such circumstances. EPA officials maintain that they did not receive accurate information from state and city officials.

Further, Flint was improperly monitoring the water for lead and copper. City officials do not know the location of all of the remaining lead water supply lines. Independent researchers have estimated that there are 15,000 lead service lines supplying drinking water in Flint. In addition to failing to properly target for testing high-risk sites with lead service lines, Flint also failed to again test homes that previously tested high and improperly instructed residents to flush pipes before sampling. City officials used narrow-mouth sample bottles which artificially lowered lead results and did not collect the appropriate number of samples.

Finally, federal law requires water authorities to notify the state regulators and obtain state approval before changing to a water source that could increase the corrosion of lead. Flint’s emergency manager apparently did not seek Department of Environmental Quality approval before switching from the Detroit water system to the Flint River.

There are penalty provisions for violations of the Safe Drinking Water Act and citizen suits are permitted. The United States Department of Justice and the Michigan Attorney General have launched separate investigations into what happened. Flint residents have already filed multiple lawsuits alleging damages and civil rights violations.

The final monetary liability is yet to be determined, but regardless of the ultimate damages tally, the people of Flint have already suffered greatly from this failure of oversight.