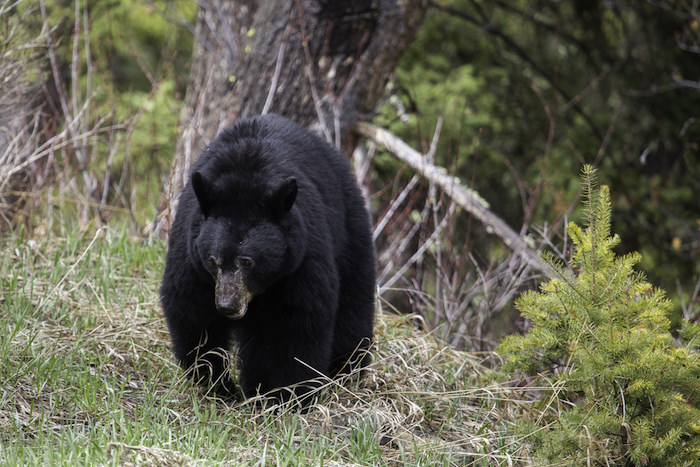 Government agencies and advocacy organizations are working to make sure the sun sets on Michigan bear poaching.

And just today, the Natural Resources Committee of the Michigan House of Representatives is expected to vote on SB244, 245 and 246 – bills that call for stricter poaching penalties.

“This is a top priority issue for us,” Haines said. When the agency receives information about issues like bear-part commercialization, other problems often take a back seat.

Harvesting bear parts is what Haines calls “a steady problem”- one that extends beyond state and national borders.

The organization supports state legislation to increase restitution to the state from $1,500 to $2,000 per animal. Hunting license suspensions would increase from three to five years under bills sponsored by Sens. Phil Pavlov, R-St. Clair Township, and Dale Zorn, R-Ida.

The House is expected to vote on these bills today, said Dan Eichinger, executive director of the conservation group.

“We’ve always been the ones asking for punishments that get poachers out of the woods,” said Eichinger. “We want hunting that is biologically sound. We advocate for protection so we’re not placed in the same basket as poachers.”

MUCC hopes the bill will be on the governor’s desk in no more than three weeks, Eichinger said.

The DNR’s Haines said.The pursuit of profit always raises concerns when it comes to protecting resources. International culture and tradition drive the demand for illicit trading.

The World Wildlife Fund says that bile from bear gallbladders provides an active ingredient for traditional medicines used in Asian cultures. Those who follow the practices believe it aids colds, inflammation and liver-related diseases, according to literature that dates to 625 A.D.

“We’ve seen raw gallbladders placed in jars of whiskey or cognac for a length of time,” Haines said. People “will then drink the mixture with the belief that it serves to heal  various types of ailments.”

“If there’s a profit associated with any natural resource, there will always be a strain on it,” Haines said. “When we receive information about the illegal activity from an individual, we can try to prevent this sort of thing. We can step in by doing these undercover investigations.”

The DNR officers posed as poachers after the department received information about individuals involved in the trade. Undercover officers offered to sell bear parts to each defendant. The DNR supplied the parts, using remains of bears seized from other investigations or road kill.

“The undercover operation allowed us to attack the problem at its source,” Haines said. “As long as poachers exists, the DNR has to exist.”

“This happens in the shadows,” he said. “Even if we have individuals step forward, it can be hard to judge its degree.”

For now, the DNR has closed the undercover investigation. One of those arrested from Chippewa County pleaded guilty and awaits sentencing. The three from Kent County await court proceedings.

“It’s not an everyday sort of case,” Haines said. “But we still want to keep it in check.”

The Michigan arrests drew eyes from nearby states. With a larger black bear population than Michigan, Wisconsin DNR Bureau of Law Officer Joanne Haas said she understands the risks of the trade.

“It’s something we’re going to be watching, especially after seeing this in Michigan,” Haas said. “Our chiefs and officers are well aware of the problem, although we don’t see an immediate increase.”

Public watchfulness can hinder poaching and its effects on resources, Haines said. “We always encourage people to contact our poaching hotline.

“Our officers can provide monetary rewards for information,” Haines said. However, “we know most people will come forward solely for the sake of protecting the resource.”

Editors note: This story was corrected 9/22/15 to indicate that it was the House Natural Resources Committee voting on the legislation today. They still must go before the full House.