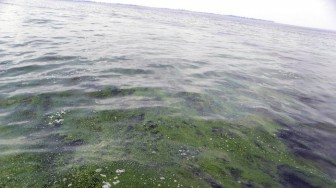 PACHOLSKI:  If you start looking at the water right now, you can see the harmful algal bloom, the microcystis starting to take hold.

SCHAEFER:  NOAA scientists have predicted this year’s now-persistent toxic algae bloom could rival the one in 2011, that stretched all the way from Toledo to Cleveland.  So far, wind patterns have kept the bloom from coming ashore and threatening drinking water.  But it already fills more than half of the western basin.  Cities like Toledo say they’re now much better prepared to treat the algae toxins. That’s due to investment in better treatment and detection systems, and new toxin 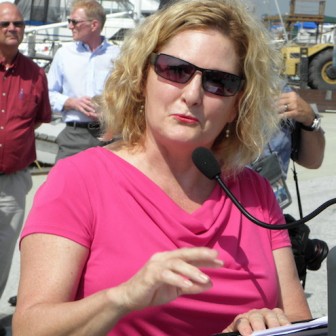 guidelines from the US EPA.  But Ohio state representative Teresa Fedor of Toledo says she’ll hold state officials’ feet to the fire, should this year’s bloom once  again poison her city’s drinking water.

FEDOR:  I am putting the governor and my colleagues on record right now, that if this happens this year, I don’t want to say I told you so, I want to say you need to get down to business.