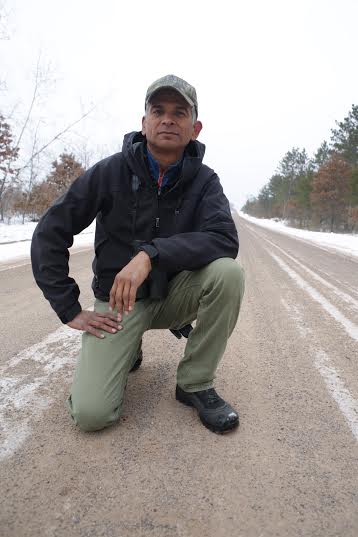 Editor’s note: This is the first of a two-part story about the evolution of an animal activist now working in the Great Lakes region.

In the past three decades, Rod Coronado says he’s gone from an eco-terrorist on the FBI’s most wanted list to a law-abiding advocate for the protection of gray wolves in the Great Lakes region.

Although Coronado and his accomplices admitted responsibility for the acts, none were charged and the statute of limitations has since passed.

He wasn’t as lucky in the Great Lakes region, where Coronado’s most notorious act was helping to burn down the campus offices of two MSU researchers in 1992. The fire destroyed 32 years of research on PCB contamination in lakes and the effects of chemicals on animal reproduction. During the attack, mink were released from their cages.

The act was part of the Animal Liberation Front’s Operation Bite Back campaign to end what the group called animal exploitation associated with the fur industry.

Coronado hid at a Native American reservation in Arizona but was arrested two years later, sentenced to 57 months in prison and ordered to pay $2 million in restitution, according to the FBI.

At a 2003 San Diego gathering of animal liberation radicals, Coronado demonstrated how he built the bomb used at MSU. This occurred only a few hours after an arson attack on a nearby unfinished apartment complex. Coronado wasn’t found to be connected with that crime, but he went to jail for one year for the bombmaking demonstration.

MSU officials had little to say about Coronado’s current activities. His criminal history at the university “speaks for itself,” said Jason Cody, a media communications manager and public affairs specialist.

Now almost 50 with gray accents sprinkling his dark hair, Coronado speaks softly and calmly about his life and his move to legal forms of protest. He pauses occasionally to sip from a ceramic mug of sustainably-grown coffee at a Grand Rapids coffee shop.

In the 1980s and 1990s, his radical acts made the public aware of environmental and wildlife issues, Coronado said, but arsons and break-ins aren’t as necessary today.

“I don’t have regrets, but if I want to do the most good for wildlife, as I do, then it is going to be about having to develop a strategy that is not only effective but sustainable,” Coronado said. “What I chose to engage in in the first couple of decades of my life as an activist was not sustainable. It resulted in me going to prison for six years, and that is not a cost-benefit analysis I want to promote.” 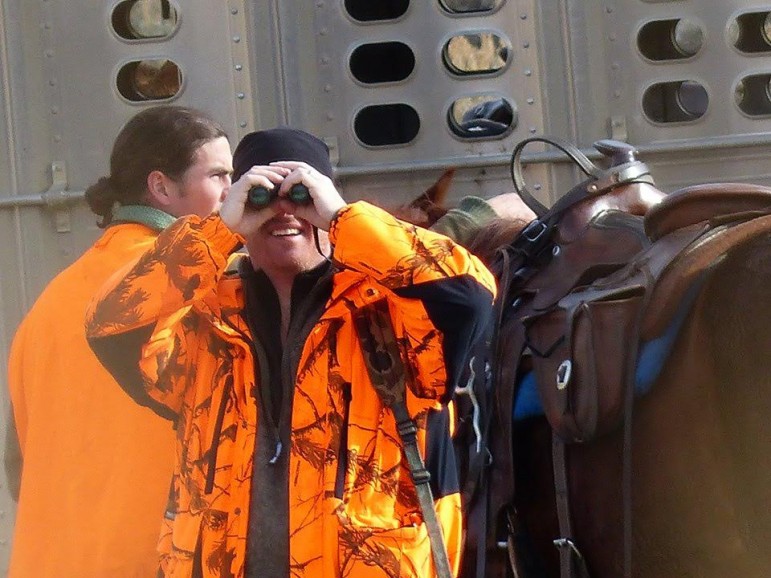 The Yellowstone Wolf Patrol often waits at trail heads outside of the national park to capture images of wolves killed by hunters who use local outfitters. Image: Rod Coronado

Coronado, a decedent of the Yaqui group of Native Americans, grew up in the suburbs of San Jose, California. In his youth, he frequently took weekend wilderness trips with his father and two siblings to hike, fish and hunt in the Sierra Nevada mountains, as Dean Kuipers wrote in his book “Operation Bite Back: Rod Coronado’s War to Save American Wilderness.”

“Beyond the crowded public campgrounds, he saw glimpses of another world, one where all life, from the cold rivers to the red manzanita to the mountain lions, was its own neighborhood, and his own place in it was different,” Kuipers wrote. “He saw that he was connected to something bigger, a wholeness, and that even the yard back home was a version of that wilderness.”

Coronado first became aware of what he perceived as unjust treatment of animals at age 12 when he viewed a documentary on the slaughter of Canadian harp seals, the activist told Earth First! Journal, a publication for the radical environmental movement in which Coronado’s writing was previously published. Witnessing people physically interfering with the killing, Coronado was inspired to do the same.

His evolution to a legal form of protest was largely spawned from Coronado’s desire to peacefully raise his two children, he wrote from jail in a 2006 letter to supporters.

“Don’t ask me how to burn down a building. Ask me how to grow watermelons or how to explain nature to a child,” he wrote.

Probation for Coronado’s latest arrest ended in fall 2013. It coincided with the opening of the first legal gray wolf hunting season in Michigan’s Upper Peninsula. State approval of the hunt followed the animals’ January 2012 federal delisting as an endangered species in the Great Lakes region.

Tomorrow: the dawn of the Wolf Patrol