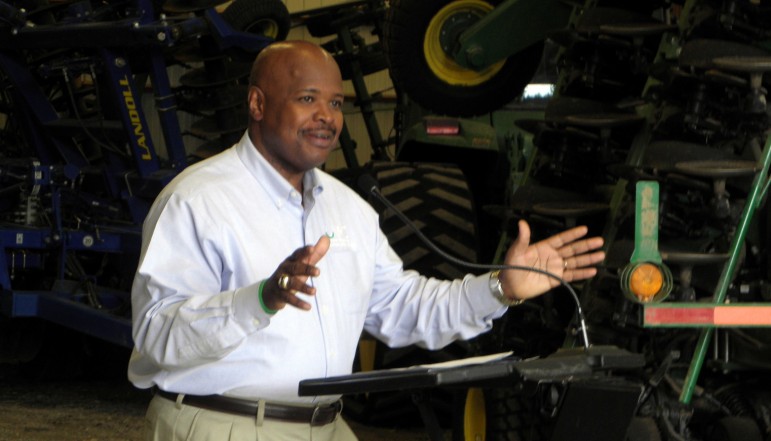 SCHAEFER:  Starting July 1st over the next five years, farmers in Ohio, Michigan, and Indiana will be able to tap into a new source of federal funding to help reduce algae blooms in Lake Erie.  Tri-state farmers are already following new practices to keep phosphorus fertilizer out of the lake on more than a 100,000 acres. These new grants should add another 500,000 acres. The USDA’s Terry Cosby says grants will be awarded based on assessments of each farm.

COSBY:  They might be using nutrient management, they could be using precision farming.  Also, at the edge of the field, we’ll put the nutrient monitoring system there, and then we can find out what’s actually happening on the lansdscape.  And so it gives us a good idea of, are the practices working.

SCHAEFER:  Ohio farmers will receive more than $12 million, Michigan farmers about 3, and Indiana, 2 million. The federal grant was awarded because of the unprecedented tri-state cooperation to address the urgent need to protect Lake Erie’s drinking water.  For Great Lakes Echo, I’m Karen Schaefer.