A decade of deep archival research and on-the-ground observation lends perspective to a new environmental history in North Shore: A Natural History of Minnesota’s Superior Coast. 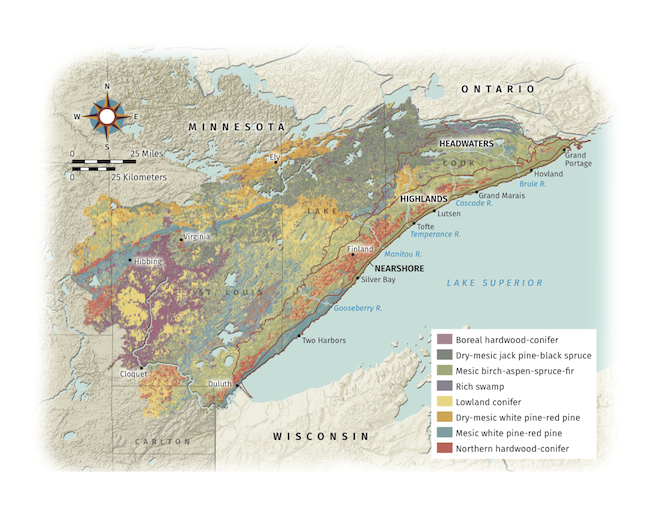 The concept of the watershed is the organizing structure of North Shore. Illustration: University of Minnesota and Natural Resources Research Institute

An important step above your average field guide — and quite a bit heftier — North Shore delivers a manageable look at the natural connections in a northern landscape — human or wild.

“It’s a book about connections,” said Fischer. “An in-depth history of human and natural forces.” 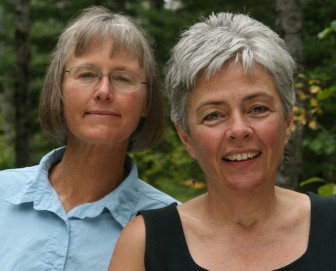 At the furthest inland reaches, the headwaters encompass the lands and waters near the source of the North Shore’s rivers and streams.

Moving closer, the highlands are comprised of glacial deposits and rocky ridges parallel to the shore but are separate from the nearshore environment immediately adjacent to the lake.

And finally, a whole-lake perspective is accompanied by island investigation, including Michigan’s Isle Royale and Minnesota’s Susie Islands.

It was a matter of sorting through the science and separating information that could be misleading, said Anderson. It’s about making connections.

The book is an entry point to this Great Lakes watershed, but it is as much for scientists as nonscientists.

It satisfies in its breadth but never complicates.

It questions important assumptions, follows up on curiosities and challenges environmental reports.

Each chapter begins with an overview of an environment’s history, relationships and habitats, followed by a more detailed and in-depth profile of the critters that shaped the area. 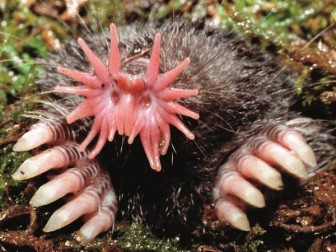 Their book picks the story out of the science. It is a testament to the history of research and recreation in an area where the wilderness is very much alive.

Published May 2015, North Shore: A Natural History of Minnesota’s Superior Coast costs $39.95 through University of Minnesota Press and $29.52 on Amazon.

Kevin Duffy is a Great Lakes Echo reporter. He first visited the North Shore while tracking moose with the Minnesota Department of Natural Resources.