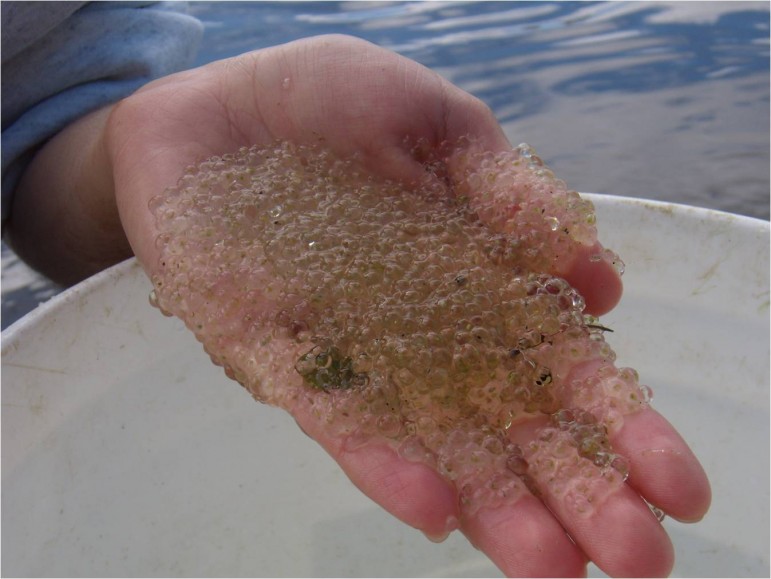 Coming to a lake near you and not for the squeamish: Holopedium glacialis is forming goo balls with the texture of tapioca and the look of snot.

That makes them one of the last things you want floating around in your lake.

Holopedium, a zooplankton, is increasing in many inland lakes near Lake Superior and is clogging water pipes and disrupting the food web, said John Smole, a professor at Queens University whose recent paper in the Proceedings of the Royal Society B-Biological Science identified this issue.

Other than its appearance, these goo balls can come with a variety of more serious problems that can affect many things, including the kitchen sink.

These creatures, about the size of the tip of a Sharpie marker, are covered with mucus that makes them bigger than other zooplankton, Smole said. A single one forms a ball slightly smaller than a bath bead, and many of them together can clog the water intake valves that draw water from a lake for municipal water supplies.

This can be a problem as many people get their water from lakes that are affected or are at risk. About 20 percent of the drinking water of Ontario comes from areas that are at risk. Plugging water intakes is the same problem zebra mussels once caused in the Great Lakes region, Smole said. 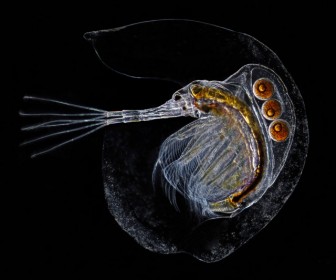 A single Holopedium with its jelly coating.Image: Ian Gardiner / E-Fauna BC

The zooplanton’s size can also cause problems within the food chain, he said.

Holopedium aren’t very nutritious and are often too big for some organisms to eat. This effect is made worse because larger organisms are also losing another more nutritious food source called Daphnia, a smaller zooplankton. Holopedium are now outcompeting the Daphnia, so many fish suffer from a lack of quality and quantity of food, he said.

The decline in Daphnia has other consequences. They are major herbivores that keep the algae levels in check, said Orlando Sarnelle, a Michigan State University ecologist.

They are like the lawnmowers of a lake, Sarnelle said. 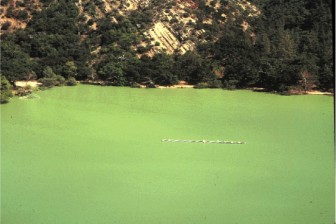 Reduced levels of Daphnia can result in large algal blooms, Sarnelle said. They can turn a clear lake completely green.

So what is causing Holopedium to increase and Daphnia to decline?

A major reason is the falling amounts of calcium in these lakes, Smole said. “Everything has calcium. Calcium is a required nutrient: algae need it, the trees in your backyard need it and you need it.”

Daphnia require more calcium then Holopedium, so as calcium levels have fallen, so have the Daphnia.

The calcium levels have been decreasing because of acid rain produced as a result of burning fossil fuels, Smole said. Another factor is something that he calls “calcium exportation.” 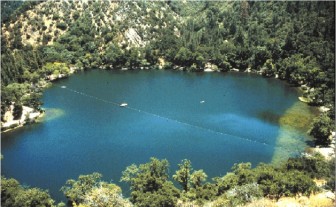 The same lake with a normal amount of Daphnia. Image: Orlando Sarnelle

This refers to the consumption of trees, he said. Normally when a tree dies its calcium is returned to the environment. But logging removes trees, taking the calcium that they contain out of the environment. So as more trees grow, more calcium is sucked up and then moved away again, further depleting the amount left in the area, Smole said.

Solutions are few and costly. Calcium doesn’t replenish itself quickly. Simply adding calcium to lakes, known as liming them, is the typical solution, Smole said.

“They basically add chalk, they take limestone and dump it into lakes,” Smole said

But it costs a lot to replenish the calcium of an entire lake, and then you need to continue adding it, he said. The addition of all that calcium at once can also have negative impacts on the environment.

Other solutions are the application of calcium-based salts or road dust suppressants. During one of his earlier studies, Smole said one lake maintained its calcium because of the dust suppressant being used on the roads surrounding it while the calcium in other lakes not ringed by the suppressant dropped.

The exportation of calcium can be mitigated though different logging techniques, Smole said. If loggers leave the bark of the harvested trees behind it would leave much of the tree’s calcium. Most of it would go back to the environment.

The Great Lakes themselves aren’t goo ball risks. But the small, inland lakes in the region may be susceptible, Smole said. His study looked at areas north of Lake Superior, but other areas have also experienced increased levels of Holopedium.

Lake Superior itself isn’t at risk of a “jellification,” Smole said, but the inland lakes of that region are.

While you may not see them everywhere, Holopedium may be coming to a lake near you, making it rated “G” for goo balls.

One thought on “This creature turns water into jelly”