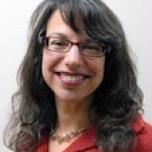 Dr. Michele Marcus has researched the lingering effects of the 1973 PBB disaster in Michigan.
Credit http://www.pedsresearch.org/

In 1973, a chemical plant in the small town of St. Louis, Michigan made a catastrophic mistake. Batches of polybrominated biphenyl, or PBB, were mis-labeled as a nutritional supplement. The chemical was then shipped to farms around the state to be mixed into animal feed. When the mix up was discovered a year later, hundreds of farms were quarantined. Thousands of animals were slaughtered.

But by that point, millions of people had already been exposed to the toxic chemical through contaminated meat and milk. And researchers are still untangling the health consequences for those Michiganders.

Current State talks about the long term impact of the accident with Dr. Michele Marcus, a professor of epidemiology and environmental health at Emory University in Atlanta. She recently co-authored a study on the children of women exposed to PBB in the 1970s.

This segment was produced by WKAR’s Current State and is reproduced with permission.

One thought on “The 40-year legacy of PBB in Michigan”