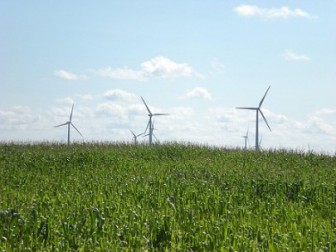 Michigan could expand its renewable energy portfolio standard to 25 percent over the next 10 years at a cost of $2.60 a month for the average household, according to a report released today by the University of Michigan’s Energy Institute.

That price tag could be cut in half if key federal tax credits are extended, the report’s authors say.

The state is on pace to meet a 10 percent goal by the end of this year, based on a 2008 state law. Michigan lawmakers and the governor’s office have been planning what to do next in terms of clean energy goals and are expected to propose policy changes this year.

The authors also examined the environmental benefits of greenhouse gas reductions and how the energy mix would likely be comprised under each scenario. They showed that RPS costs could be reduced further in the presence of a carbon tax and, under the 25 percent by 2025 model, could be cut in half with the return or extension of the federal Production Tax Credit and Investment Tax Credit.

“These are modest impacts on rates with a large impact on the power system,” said Jeremiah Johnson, an assistant professor at U-M’s School of Natural Resources and Environment and the report’s lead author. “Not surprisingly, there are big impacts for environmental improvements.”

The report’s authors sought a “neutral examination” of the costs for expanding the RPS after a 2012 ballot initiative to expand it to 25 percent by 2025 failed to pass, despite public polling numbers in favor of renewable energy. That campaign became a political fight between clean-energy supporters and a utility-backed group, which claimed costs would be prohibitively expensive.

Additionally, policymakers are considering RPS changes as Michigan’s neighbor to the south, Ohio, froze its renewable energy program for two years to analyze its cost and benefits.

“I think myself and my co-authors believe it would have been better served to have an analytical examination weighing the environmental benefits, costs and impacts to the resource mix of Michigan,” Johnson said.

Under the 40 percent by 2035 scenario, the study showed the most potential growth for the solar industry, particularly in the later years of the program. In addition to using the best renewable resources in getting to that number, Johnson said, the “introduction of so much wind would push down energy prices during off-peak hours. … In the later years of the study, we had solar prices at a point where they are competitive on their own against wind.”

Solar makes up less than 1 percent of Michigan’s renewable energy portfolio, the largest percentage coming from wind. In the rest of the scenarios, onshore wind (particularly in the “Thumb” region of the Lower Peninsula) displaces coal and some natural gas.

The team also modeled a case in which a solar carve-out is adopted, the justification being to encourage a more diverse set of resources.

“It’s a trade off: Selecting resources that are more expensive than an alternative with the hope that you’re doing your part to ultimately push down prices over time,” Johnson said.

That may be an unlikely scenario, however, as officials from Gov. Rick Snyder’s office have said that the state does not want to single out specific industries when trying to get to a clean energy goal.

Still, it remains to be seen how – and whether – Michigan drafts a new RPS once the 10 percent target expires at the end of the year.

Republican State Sen. Mike Nofs, who chairs the Senate Energy and Technology Committee, has spent the last several months leading a working group with a diverse set of stakeholders to plan broad next steps for a statewide energy policy. He has said that he supports the concept of a “clean energy standard” that aims to lower greenhouse gas emissions – even if it means counting fuel like natural gas.

Johnson said that while such a standard would create a greater reliance on natural gas than on renewables, going with an RPS could lock in long-term prices for renewable contracts rather than being exposed to more uncertainty with natural-gas prices.

Gov. Rick Snyder will reportedly make an energy policy announcement within the first six months of the year. A Michigan Public Service Commission report said in 2013 that the state could get nearly one third of its energy from renewable sources by 2035.

Adding to the complexity of the state’s future energy mix is the closure of old coal-fired power plants and meeting what are now proposed federal carbon dioxide emission regulations. Johnson said Energy Institute researchers have a parallel project to develop a “streamlined tool” for determining how much that could cost utilities and customers.

While those rules are still proposed and methods for calculating costs and reductions have not been finalized, he said that the 40 percent by 2035 scenario “would get Michigan most of the way there” in terms of CO2 reductions.

“I’m not going to say the legislature should do this or that, but what I will say is that by most standards, these are going to be pretty modest costs for large environmental benefits,” Johnson said.

One thought on “Study: modest costs to renewables”