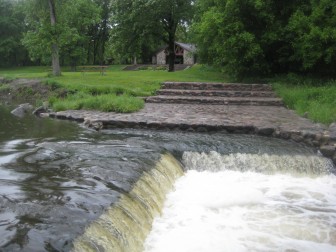 Most Americans and Canadians are unaware that the greatest of our Great Lakes is in North Dakota, of all places, and Minnesota, Manitoba, Saskatchewan and Ontario.

Actually, you won’t find it on today’s maps because Lake Agassiz — as it came to be called — existed roughly 13,000 years ago. But at about 170,000 square miles, it was larger than all of the five current Great Lakes combined.

The last ice age and this massive glacial lake were responsible for some of the mega-geographic features of the once-buried, still-flattened parts of one Great Lakes state, one Great Lakes province and a huge part of the North American Prairies that straddle the international border.

But there are places such as Turtle River State Park in eastern North Dakota that don’t match our North Dakota stereotype of endless prairie stretching flat to the horizon in all directions, having been squashed flat by massive glaciers. Nor does it match our stereotype of marathon acres of wheat, flaxseed, barley and oats punctuated with International Harvester and John Deere mega-equipment. Nor that of the proliferating roads, dust and drilling rigs of the Oil Patch that’s bringing jobs and economic prosperity — and environmental worries — to the state. 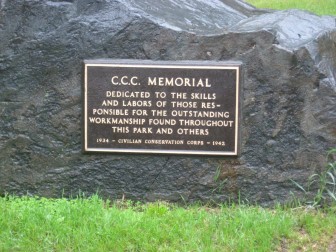 This rainy afternoon we’re at the 784-acre park in the Red River Valley about 20 miles west of Grand Forks. It’s a valued legacy of the Depression-era Civilian Conservation Corps that built the park, pavilions and other structures that still stand.

The water-logged trails are empty except for me, University of North Dakota journalism Professor Richard Shafer and his dog Pebbles. There are no other hikers, no campers in sight, nobody fishing, no mountain bikers.

The trees are lush, the land rolling. We spot a great blue heron taking to the air.

The Turtle River is a 75-mile tributary of the 545-mile Red River that separates Minnesota from North Dakota and stretches north into Manitoba before emptying into Lake Winnipeg. The Red River Valley drains more than 40,000 square miles and sprawls eastward into northern Minnesota.

Today the Turtle is running muddy. At a small sandy patch along one riverbend, Richard retrieves two pieces of evidence of civilization — an abandoned towel and a screwdriver. 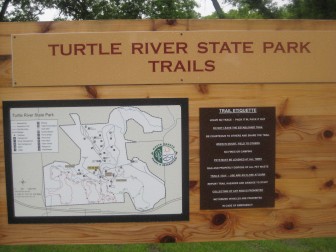 world, the plain was a sea of grass and wildflowers. Before settlers planted trees and shrubs for shelter, nothing but grassland stretched out before you. Before settlement, wildfires — called the red buffalo — raged across the land consuming grass, shrubs and trees.