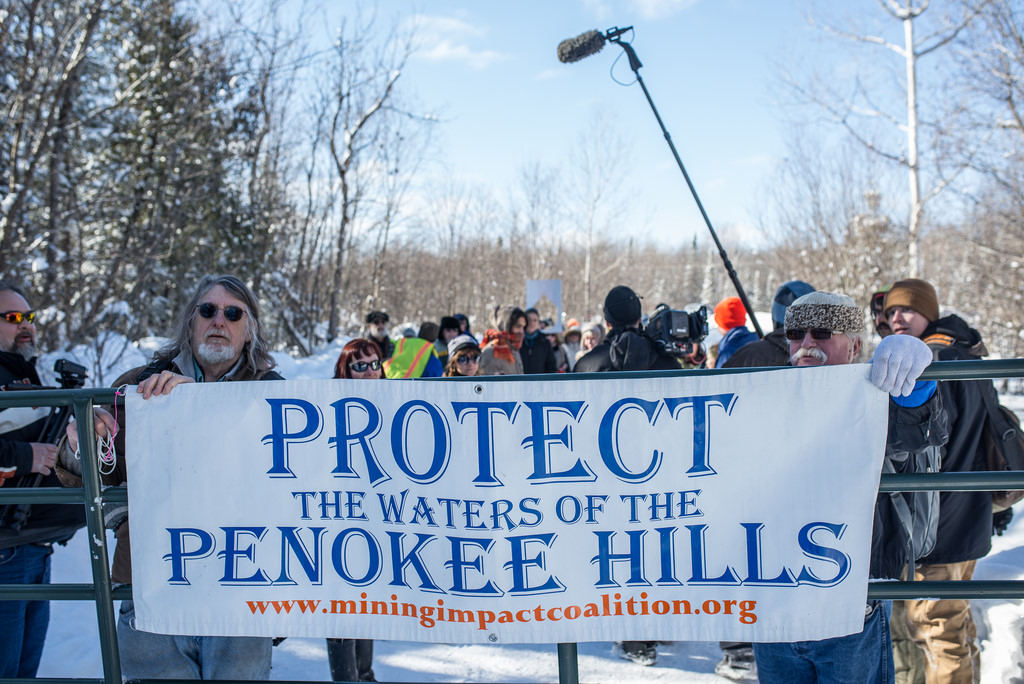 Protestors stand at the entrance of the proposed mine site in the Penokee mountains in northern Wisconsin. Image: Josh Rushing

The battle against what could be the nation’s largest open pit mine in a rural, pristine area of northern Wisconsin is now the subject of a television show.

In Wisconsin’s Penokee Mountain Range just south of Lake Superior,  Gogebic Taconite, or GTAC, a mining company from West Virginia, seeks to develop an open pit iron ore mine that could expand to be 22 miles long.

At 7 p.m. (ET) Saturday, Al Jazeera America’s Fault Lines program will detail the local, environmental and political angles of the project. Fault Lines, co-hosted by Josh Rushing, is an investigative journalism TV show. The show can be viewed on the Al Jazeera America channel, which is available across the country on DirecTV, Comcast, Time Warner Cable, Dish, Verizon, Bright House Networks, among others.

While some see the mine’s creation approximately 700 “family-supporting” jobs over a 35-year period as economically beneficial, others believe it would destroy the pristine area, tourism and the area’s value as a place to retire, the episode explains. They fear it endangers wildlife and the environment and damages the livelihood of the Chippewa Tribe.

The mine would run across two Wisconsin counties, Iron and Ashland, that represent very different views of it.

“In Hurley, (Iron County), it is a depressed economy and they need the jobs,” Rushing said. “In Ashland, tourism is a big part of their economy. … It threatens their tourism and their environment.” 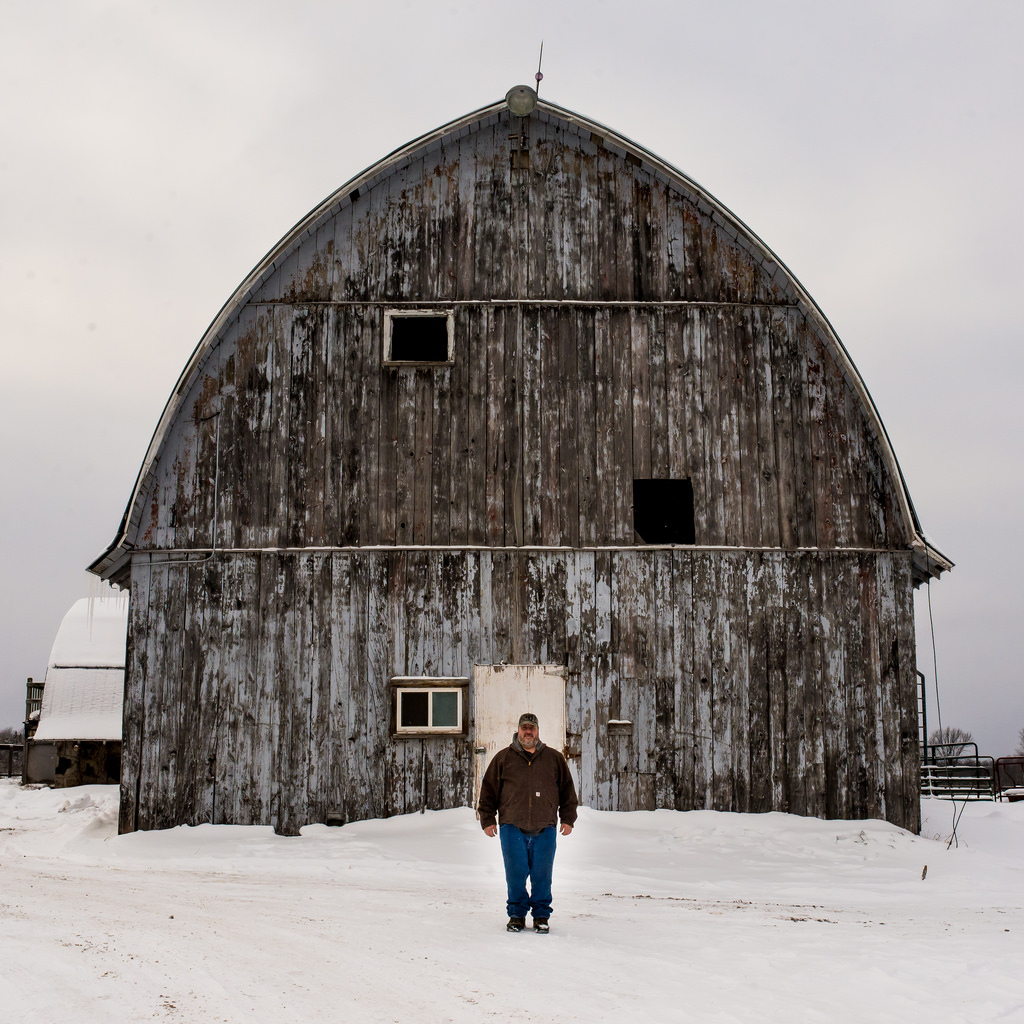 Fifth generation farmer Don Vitek stands in front of his barn in Ashland County, Wisc. The livelihood of his family’s farm is threatened by the mine. Image: Josh Rushing

The conflict heated up in February 2013 when the mine owners lobbied and funded a state senate election to get a law passed that lowers the state’s 15-year restrictions on iron ore mining, the Fault Lines episode reports.  The mining company is still vying to attain the proper mining permits before 2016.

Fault Lines came to the Penokee mountains to deeply cover this story because of its high stakes, Rushing said.

“We are talking about what could be one of the largest open pit mines in all of North America,” he said. “An out-of-state company is (what’s) driving this enormous project in the pristine part of Wisconsin. … It seemed like an interesting battle was unfolding.”

Rushing said the story was produced and pitched to Al Jazeera America from 371 Productions, a production company based out of Milwaukee, Wisc.

One thought on “Television show examines Wisconsin mine proposal”