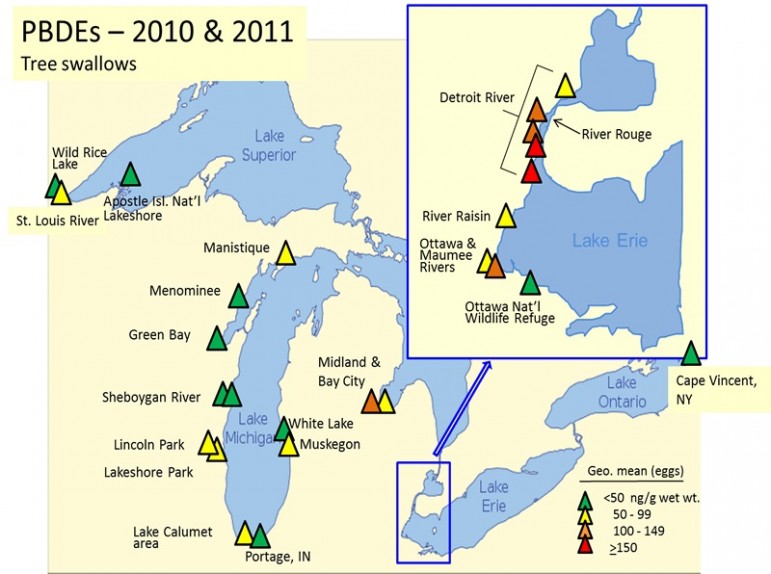 Birds give the word on Great Lakes contamination under a U.S. Geological Survey program. Since 2010 the federal agency has monitored contaminants in the blood and tissues of birds to track environmental trends and monitor the success of chemical cleanups.

Fifty sites have been sampled throughout all the Great Lakes states and 2 more will be added this year on the Cuyahoga River in Ohio and at Deer Lake in the Upper Peninsula. Additional sites will also be added within areas that have already been sampled including the Buffalo River and St. Louis.

Birds are good indicators because they are sensitive to changes in chemical concentrations in the environment, according to the project’s website. 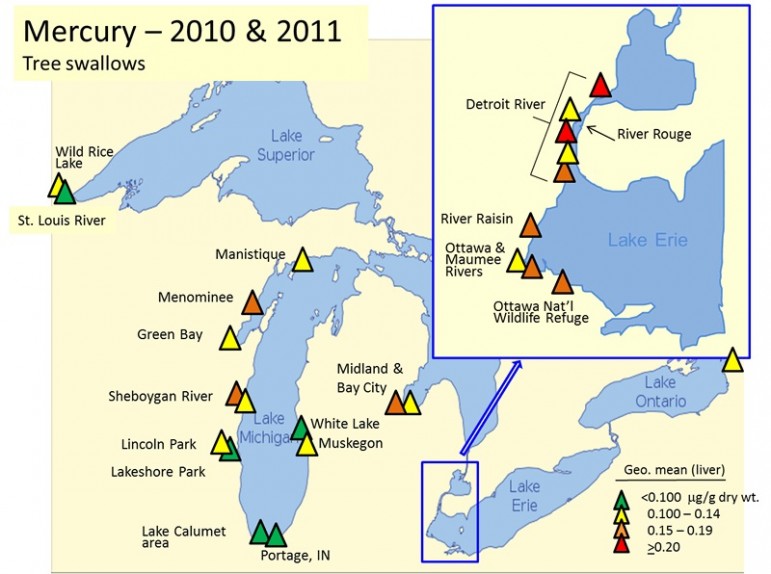 Tree swallows are most commonly tested as they mainly eat aquatic insects and tend to feed within about 0.6 miles of their nests. Any contaminant exposure in the swallows could likely be traced back to their nesting grounds.

Different levels of contamination have different effects on birds. “There are many levels of effects ranging from a physiological response to a contaminant all the way up to a population level response,” said Christine Custer, a wildlife biologist for the USGS and one of the primary investigators of the project.

Birdboxes are set up at each site for birds to nest. Researchers remove eggs and nestlings from the boxes and take tissue and blood samples to test for traces of contaminants, said Kirk Lohman, branch chief of wildlife toxicology for the USGS Upper Midwest Environmental Sciences Center. 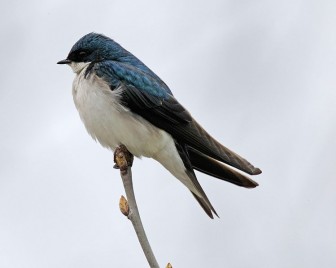 Several contaminants are measured. The ones people in the Great Lakes area are most concerned about are polychlorinated biphenyls, or PCBs, as well as mercury, said biologist Thomas Custer, also a primary investigator and husband of Christine.

PCBs enter the water through industrial sources, such as electrical transformers and cutting oils. Mercury comes from natural resources like bedrock and is also released when coal is burned.

The project also monitors dioxins and furans. “They enter the environment as a contaminant of PCBs, from the pulp and paper mill industries, and from municipal waste incinerators as well as back-yard burning,” said Christine Custer.

From 2010 to 2011, the study found high concentrations of polybrominated diphenyl ethers (PBDEs), chemicals used in flame retardants in products like electronics and furniture, as well as mercury at Michigan sites, especially near the Detroit River, according to the website. High concentrations of PCBs have been found along the western shore of Lake Michigan.

The results of the study give businesses more perspective on how they are affecting the environment. “Managers can see if their sites are high, medium, or low in regards to the amount of contaminants they produce,” said Thomas Custer. The results are also used to measure the efforts to clean up heavily contaminated areas.

Some trends have improved. The levels of contaminants in lower Green Bay and the Sheboygan River in Wisconsin have gone down since the mid-1990s, said Christine Custer.

The project was originally to receive funding for five years, but will hopefully receive more after 2014, said Custer.

The work is part of the Great Lakes Restoration Initiative, a collective effort by 11 federal agencies to protect the environmental health of the Great Lakes announced in 2009. The Initiative is made up of several programs for cleaning up contaminants, combating invasive species, and restoring wetlands and other habitats. 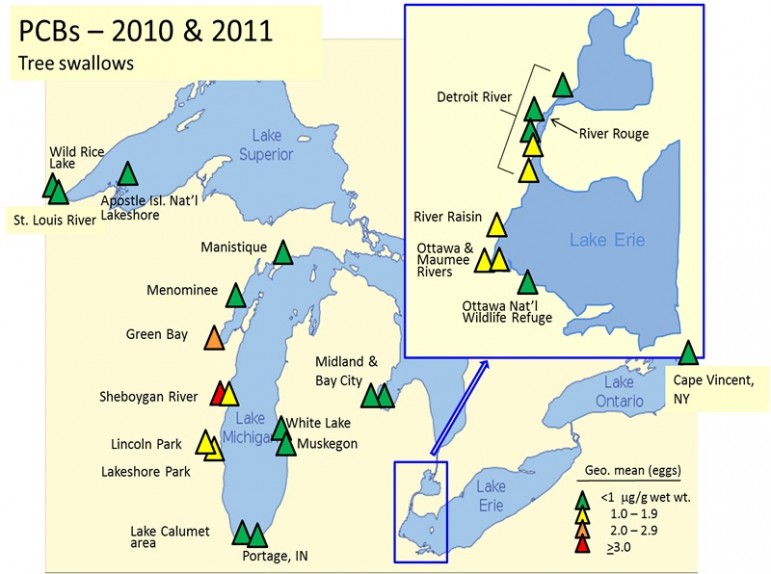 One thought on “Contamination monitored with bird blood”