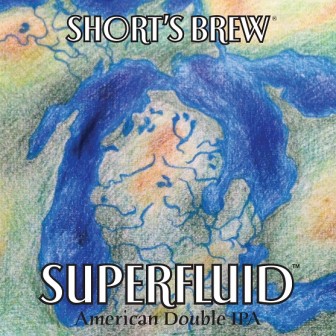 Short’s Brewing Co. in Bellaire, Mich. is using the creation of one of its popular summer beers to draw attention to an oil pipeline that the company fears could taint the waters of the Great Lakes.

Short’s is tying the release of its American Double IPA, “Superfluid”, to the idea that the waters of the Straits of Mackinac are threatened by an oil pipeline, known as Line 5, that runs across it.

“Our objectives in this campaign are twofold,” Short’s Sustainability Specialist Matt Gacioch said in a company press release. “For one, we are trying to use a delicious, exciting beer as a platform to bring this potential Great Lakes risk to the public eye. Secondly, we hope that increased attention to Line 5 will bring with it an assurance that every measure possible is being taken to prevent any failure of the pipeline.”

Line 5 runs parallel to the Mackinac Bridge and moves tar sands oil from North Dakota and Alberta to areas including much of Michigan. It is owned by Enbridge, the same company responsible for spilling more than 800,000 gallons of oil into the Kalamazoo River in 2010.

The pipeline of concern is the same age as the pipeline that ruptured in the Kalamazoo River four years ago, according to National Wildlife Federation officials.

Journalist Jeff Alexander helped the National Wildlife Federation study on Line 5 in 2012, and during that time said it’s unclear on just how sturdy the pipeline is.

“What’s alarming about the situation is how little information we have on the condition of the pipeline,” he told Echo in 2012.

Short’s is hoping to use the release of the beer to promote awareness about the potential danger a Line 5 pipeline failure would cause.

In 2012, Enbridge bumped up production from the pipeline by about 10 percent. The pipeline transports 540,000 barrels of oil each day.