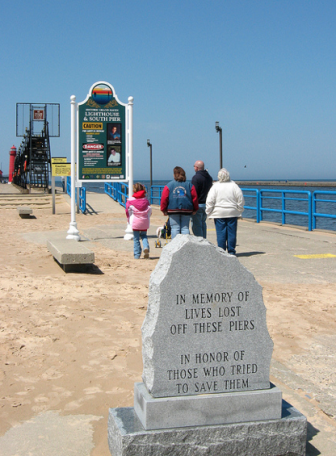 As snow and ice slowly seep away in the face of warmer weather across the state, Michigan Sea Grant is gearing up to tackle water-related fatalities in the Great Lakes.

With a $110,000 grant from the Michigan Department of Environmental Quality, Sea Grant will continue its 20-year effort to avert drownings and near-drownings, with a particular focus on Lake Michigan. Sixty-six swimmers, including 13 men ranging from 15-28, drowned in the Great Lakes in 2013, 23 of them in Lake Michigan, according to the Great Lakes Surf Rescue Project. The project also notes that more than 300 people have drowned in the lakes since 2010.

Elizabeth LaPorte, director of education and communication for Sea Grant, said this year’s project will hone in on public outreach, using partnerships with the Michigan Department of Natural Resources (DNR) and National Weather Service.

The project is also collaborating with researchers from Michigan State University and Michigan Tech University to get a better grasp on the underlying problem of drownings in the Great Lakes.

According to the National Weather Service, men between the ages of 18-24 are most likely to drown during the summer swimming season. As a result, they will be the target of much of the outreach, according to LaPorte, who is based in Ann Arbor.

“Young men are drowning at a higher rate and they appear more willing to take risks,” LaPorte said. She added that overconfidence in swimming ability coupled with a lack of understanding of the power of currents, particularly near piers and break walls, contributes to the disproportionately high number of their deaths.

Maria Lapinski, associate dean for research in the College of Communication Arts and Sciences at MSU, is studying the risky swimming habits of young men. 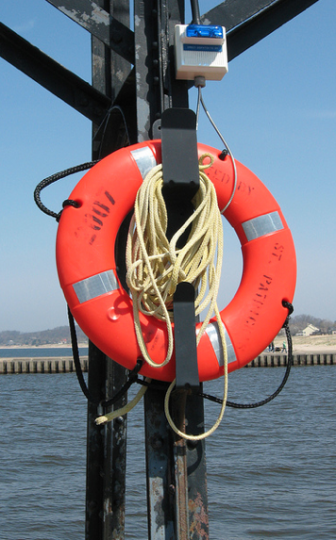 “Our team is interested in how people who are thrill seekers respond to risk information, and this was a good population for studying the hypotheses we have about this issue,” she said.

In targeting men in that age range, Lapinski’s research will test a variety of communication techniques for reaching the less-than receptive group. Often unaware of the risks associated with current, young men overconfident in their swimming ability jump off piers and other lake structures each year, according to LaPorte.

Aside from research, Sea Grant is also relying on education and partnering with parks department officials throughout the state. In workshops scheduled for the second week of June, parks staff will learn how prominent landmarks including piers, lighthouses and breakwalls, can create rip currents strong enough to pull swimmers and divers under, even when surface conditions seem pleasant.

A bolstered effort toward K-12 education is also underway, according to LaPorte. Two new lessons have been added to curriculums in an effort to educate younger swimmers on water safety. The lessons focus on teaching kids the dangers of currents around lake structures as well as what to do should they feel caught in a current.

The lessons are here and here.