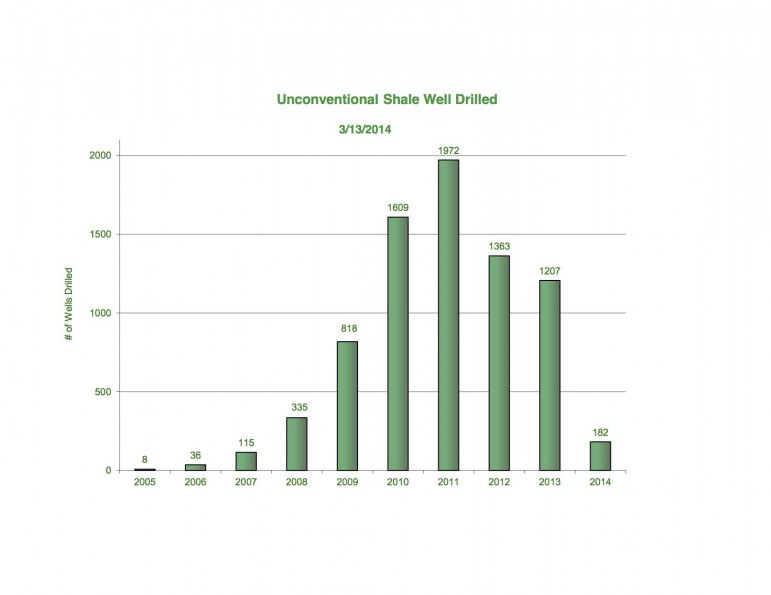 While the debate over the long-term environmental impact of what is commonly known as fracking  rages, researchers at Penn State University say they have discovered how to use industrial waste products to make the practice more sustainable.

During the lifetime of a fracking well, millions of gallons of water are pumped deep into the ground, causing immense fractures and releasing natural gas from the underlying shale deposits. Mixed into the water are chemicals of variable toxicity.

But it also contains sand particles to keep fractures open, allowing the natural gas to continue flowing. These particles, known as proppants, are the focus of Penn State material scientists John Hellmann and Barry Scheetz’s research.

Even though the use of sand is pervasive in the oil and gas industry, Hellmann and Scheetz looked for a way to recycle waste materials as synthetic proppants. Using mixed glass and other heavy industry materials, Scheetz and Hellmann have substituted materials once bound for the landfill for the sand. 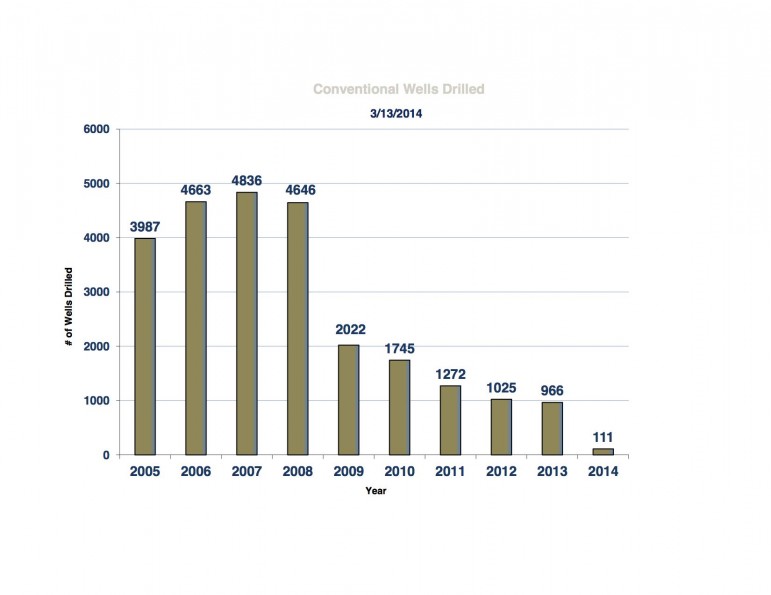 Since the early 1980s, Hellmann said the oil and gas industry has been searching for alternative proppants, from recycled glass bottles to shavings from mining drills.

The pair discovered that synthetics are not only viable, but could be more effective than sand in fracking.

“Synthetics are stronger and spherical, which allows for better flow between bonds,” Hellmann said. They also last longer and produce more natural gas than conventional sand.

In deep drilling operations, Hellmann said companies using the new proppant could expect to produce upwards of 50 percent more natural gas than they could with silica sand. With more than 30 million tons of proppant used annually for fracking, the researchers believe there is a place for synthetics in the market.

Examining the substance sent into wells is only one part of evaluating fracking, said Lisa Kasianowitz, community relations coordinator for the Pennsylvania Department of Environmental Protection (DEP).

“DEP is charged with a secondary mission of ensuring that resources in the state are developed efficiently,” she said. “Engineered proppants may enhance recovery – creation of a more uniform pore network through which gas flows. If they are manufactured using waste products, this would also be beneficial.”

Kasianowitz did note however that companies would first have to evaluate the costs associated with switching over to synthetic proppants before implementing them within Pennsylvania’s numerous wells.

Hellman said the bottleneck comes in manufacturing. A lack of capacity has left researchers unable to pitch synthetics proppants as an alternative to oil and gas companies despite demand.

“We get several calls a week regarding synthetic proppants, calls for information from companies big and small, recyclers and manufacturers. However, it boils down to costs as well as capacity, and we need to be producing hundreds of tons per hour in order to get costs down,” Hellmann said.  Manufacturers would require some 3,000 tons of synthetic proppant for field testing.

But would energy companies jump at the chance to use this type of replacement for silica-rich sand particles? After all, Scheetz and Hellmann agree that while the synthetic particles offer benefits, sand is cheap, readily available and is proven in fracking operations.

Hellmann believes the proppant research has far-reaching implications for energy extractors, especially in Pennsylvania where more than 350,000 fracking wells have been drilled since the 1850s. Between 95 percent and 98 percent of all oil and gas wells in the state are hydraulically fracked.

Moreover, new wells aimed at reaching the Marcellus Shale gas deposits require deeper drilling in what is one of the largest shale areas in the U.S. Synthetic proppants are ideal for that task, researchers said.

Under the 2012 Oil and Gas Act the state has held fracking companies more accountable for drilling, including implementing stronger statewide water regulations and ensuring previously-fracked wells are capped, Kasianowitz said.