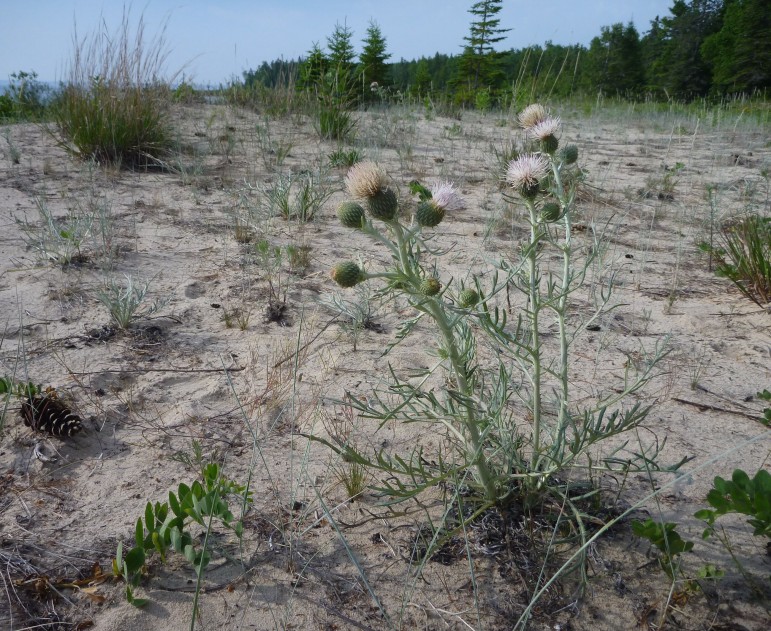 Here’s a reminder of Great Lakes beaches in warmer times.

This plant is the federally and state-protected Pitcher’s thistle, which is also known as a dune thistle. The photo was taken last summer by habitat restoration specialist Terry Heatlie at Bois Blanc Island in north Lake Huron between Michigan’s Upper and Lower Peninsulas.

The Pitcher’s thistle is native exclusively to the Great Lakes region, according to the National Fish and Wildlife Service. It was added to the government’s list of threatened species back in 1988.

We’re always open to viewer submissions for our Photo Friday series, so feel free to message us on Facebook or Twitter, or send an email to greatlakesecho@gmail.com.