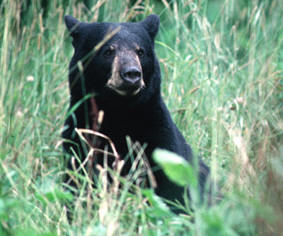 In 32 years, there has rarely been a season when lifelong farmer Rep. Ed McBroom, R-Vulcan, hasn’t found bear damage in his cornfield. Now, he’s fighting to do something about it.

McBroom, who raises corn to feed his dairy cows, recently introduced a bill to allow hunters to kill crop-eating bears out of season.

But some experts say more discussion is needed on viable solutions to farmers’ crop damage.

Concerns include the potential impact of hunting bears out of season on the bear population and if there are alternatives, said Michigan United Conservation Clubs (MUCC) resource policy manager Amy Trotter.

“We certainly want to address the issue,” Trotter said. “Whether this is the right way to do it, I’m not sure.”

Bears can cause significant damage to fruit trees, other crops, and beehives when looking for food and are more likely to go after crops if they’re easily accessible or if less natural food sources are available, said Department of Natural Resources (DNR) bear and furbearer specialist Adam Bump.

Although he is unaware of any system to track the economic impact of such damage, Bump said there have been reports of $20,000 in bear damage to beehives and extensive damage to cherry trees that took years to grow.

Reports of damage to crops such as corn are less common, he said.

“One bear can do an outstanding amount of damage,” McBroom said. “A bear in a standing cornfield will have knocked down a 20 to 30 foot radius and pulled it to the middle to sit on it. When they’ve eaten that, they’ll go to another section and do it again.

If the bill is successful, bear hunters near damaged areas who already have a license will have the opportunity to hunt earlier in the season if the Department of Natural Resources determines significant damage has been done to a crop.

If the department denies a special permit, the bill would require that other solutions be recommended.

The bill would not increase the number of bears a hunter can kill or even the overall quota for the season, McBroom said. It would simply allow those with licenses to hunt in the crop-damaged areas before the regular season opens.

Michigan’s bear hunting season ranges from September to October, with different start and end dates for specific areas and types of hunting.

Trotter said she is aware of only one other state, Wisconsin, issuing permits to prevent crop damage by bears.

Michigan’s bear management plan has been largely successful, Bump said, adding he hopes to sit down with McBroom to further understand the problem. He said more discussion and investigation are needed to determine any adverse effects of some individuals hunting earlier.

The issue has been raised several times over the years, McBroom said. Ideas such as relocation of problem bears fall short due to concerns about the staff required for the task and the impact on hunters who already have licenses to hunt those areas.

Currently, the DNR recommends a series of steps to limit bear damage.

While bears can be relocated if they cause consistent problems, Bump said it can be extremely stressful on the animals and might not solve the problem if they return or repeat their old habits in a new environment.

Fences, trap-and-release techniques, practicing with hunting hounds in problem areas and allowing hunting in fields during the regular season are also ways to deal with bear damage, Bump said.

“This is just one more tool to prevent damage,” Vermeesch said. “We have to look at multiple tools in multiple scenarios.”

Others groups, however, are not convinced the bill is necessary.

People for the Ethical Treatment of Animals, or PETA, does not support any form of hunting, but Lindsay Rajt, associate director of campaigns for the group, said the bill might miss the mark anyway.

“The most effective wildlife methods are not lethal,” Rajt said. “As long as that alluring thing is still there, you’ll always have problem.”

Rajt said removing the allure of crops by using fences, picking up fallen crops and using bear-proof containers could be a start to solving the problem. Farming away from wooded areas, removing livestock or roadkill carcasses, and using outdoor strobe lights also can be deterrents.

However, fences can be too expensive and bears don’t discriminate between fallen crops and those still on trees or stalks, McBroom said. He said bears are smart enough to leave an area they deem dangerous.

McBroom said he has not heard much opposition to the bill from farmers, hunters and Michigan conservation and wildlife associations.

The DNR has yet to take a stance on the bill, said deputy public information officer Debbie Munson Badini.

Michigan bear hunting associations will discuss and potentially recommend a lower quota or number of licenses to the Natural Resources Commission, Trotter said.

The bill is in the House Committee on Agriculture.

One thought on “Hunt for crop-eating bears could start early”