The mimosa webworm was nowhere to be found on honeylocust trees at Michigan State University 20 years ago. 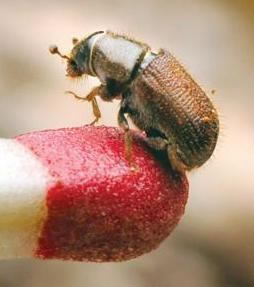 But within the past decade, warming temperatures made the East Lansing, Michigan campus an appealing home for this destructive bug.

“It was the canary in the coal mine,” said Deb McCullough, an entomologist at the university who witnessed the honeylocust trees disappear from campus as temperatures warmed and the mimosa webworm moved north into Michigan.

It’s a phenomenon not confined to webworms and honeylocust trees as the Earth’s temperature rises and the variability of climate increases.

Climate change will increase the frequency of droughts, increase the severity of snow/rain storms and make frosts occur later, said Sophan Chhin, assistant professor in the department of forestry at Michigan State University.  As climate changes and growing seasons are interrupted by drought and frost, trees are preoccupied with regaining their strength and become more vulnerable to insects and disease.

The hemlock woolly adelgid is another insect of concern for the Great Lakes region. It attacks a type of pine tree called hemlock and has not yet breached the northern parts of Michigan and Wisconsin because of colder temperatures.

“Currently, Wisconsin is a little too cold but that may become less of a case with climate change,” said Ken Raffa, a professor in the department of entomology at the University of Wisconsin — Madison.  Insects are moving farther north than they ever have in the past, he said.

The mountain pine beetle is the “one that scares all of us,” said McCullough.  This insect is native to the Rocky Mountains, spanning its range from Canada all the way into Mexico, and that is naturally controlled by colder temperatures.

Warmer winters have allowed the mountain pine beetle to move farther north and to higher altitudes than ever before, said McCullough.  This has created the opportunity for the insect to move east across Canada into areas like Manitoba and target lodgepole pine and jack pines, she said. Jack pines are an important species to the Great Lakes region mainly because of the ecological benefits they offer and the diverse habitats they create.

An increase in pine tree mortality as a result of mountain pine beetle could mean forests in northern parts of the Great Lakes states would be at higher risk for forest fires, said McCullough.

Cold weather used to be a line of defense for trees, said Raffa.  However, warming temperatures are forcing trees to move north, which in some cases is not possible.

This is especially the case in Michigan where the majority of the upper half of the state is made up of sandy soils, said Chhin.  As certain trees need to move north to remain in their preferred colder habitat, some cannot grow successfully because of other environmental features like soil and water availability. Other trees will simply not exist in the region anymore because of warming temperatures and loss of natural habitat. 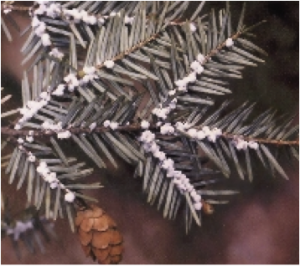 “The rate of climate change exceeds the rate of migration,” said Chhin. “In the future, people aren’t going to get to see those types of forests. They will just have to cross the [Canadian] border.”

There are significant threats to the future of forests in the Great Lakes region as a result of climate change.  However, some trees may be able to turn the consequences of climate change into short-term advantages for growth.

The growing season will get longer as temperatures warm overtime. Trees in Michigan grow into October now, but that could change in the future, Chhin said.

Apart from an extended growing season, atmospheric gases that contribute to the global greenhouse effect may also have a positive impact on trees.

Global warming is the result of the accumulation of greenhouse gases like water vapor, carbon dioxide, methane and nitrous oxide.  Carbon dioxide, the most abundant greenhouse gas globally, is released into the atmosphere through deforestation and burning of fossil fuels like coal, oil and natural gas.

All that carbon dioxide has a fertilization effect, Chhin said.  Trees take carbon dioxide out of the atmosphere through photosynthesis.  The excess carbon dioxide available because of pollution makes them more efficient with their water supply. Trees then use that reserved energy to grow more successfully, Chhin said.

Even though the extended growing season and the utilization of excess carbon dioxide are beneficial for forests, these are only short-term advantages that do not accurately depict the larger impacts of climate change, Chhin said.

Researchers are working on long-term management and early identification practices of region-specific insects like the emerald ash borer and beech bark disease to try and reverse or slow the effects that warming temperatures will have on forests in the future.

“Uncertainty is the biggest outcome of climate change,” said Raffa. “We need to start thinking about the different processes involved in order to solve the problem.”