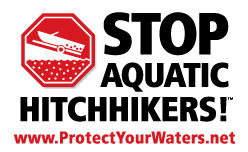 The map is produced by the Healing Our Waters-Great Lakes Coalition, an association of more than 120 environmental and conservation groups.

Here’s a quick look at what the coalition views as success stories in Minnesota:

The $1.9 million Stop Aquatic Hitchhikers! campaign in Duluth aims to educate millions of boaters on the need to wash their boats to avoid transporting invasive species.

Of particular concern is the zebra mussel, which can attach itself to a vessel’s hull and eat large amounts of beneficial microscopic organisms. Such organisms are vital for larval and juvenile fishes to grow and support fishing and sporting industries.

Billboards, signs, cards, presentations, websites and social media have been disseminated by the Minnesota Sea Grant, a research agency, according to the coalition.

Another success is the restoration of moose habitat on the Lake Superior uplands. Because of the $200,000 project, moose are actively using 1,000 acres of foraging habitat, according to the coalition. 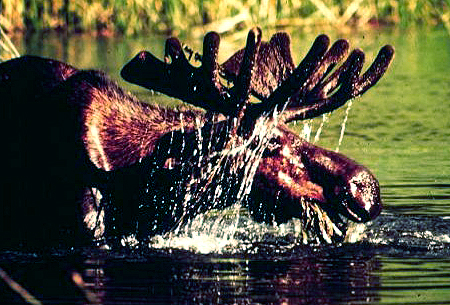 The population of moose in the western portion of the Lake Superior watershed may be in decline because the mortality rates are much higher than other moose populations, according to the Natural Resources Research Institute, a University of Minnesota at Duluth research center.

Other work not included in the map includes a  $1.6 million series of studies on how to control mercury emissions from Minnesota’s many taconite plants.

Technology was identified with the potential to reduce emissions by 75 percent, according to a report by Michael Berndt of the Minnesota Department of Natural Resources.

Taconite processing produces a hot gas with  a lot of dust and trace levels of mercury, Berdnt said in an email. Taconite plants remove the particles, but were not designed to control the mercury.

A fine powder that attracts mercury can be injected and distributed into the gas stream, he said.  It’s then collected.

Another method involves passing gas through absorbent materials that extract mercury, he said. When it works correctly, it removes almost all of its mercury.

Another technology involves building a bag house that contains lots of industrial-sized versions of vacuum cleaner bags, said Berndt. The gas stream is “polished” with absorbent particles, which are then collected by the bag house.

The benefits of restoration helps Minnesota’s economy, according to a report by the Great Lakes Commission, an interstate public conservation agency.

Some examples: About 3.5 million tourists visit Minnesota’s “North Shore,” every year, providing $1 billion in economic impacts and supporting more than 20,000 jobs, according to the commission. The United States’ busiest inland port, the Duluth-Superior Harbor, hosts 1,000 vessels annually, carrying $2 billion in cargo, supporting 2,000 jobs with $210 million in economic impacts. Such industries depend on the Great Lakes environment.