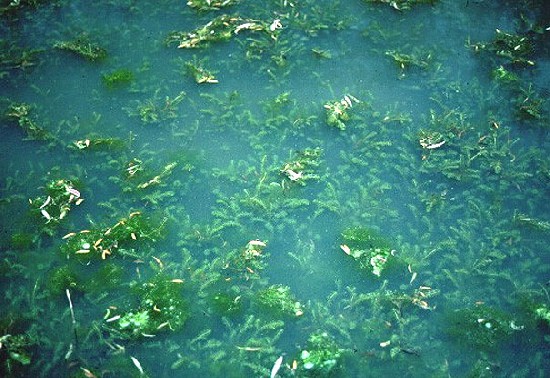 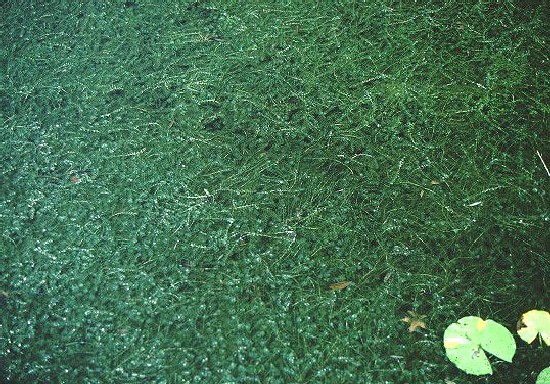 The hydrilla, an invasive aquatic plant, has an alarming growth rate clearly illustrated in the photographs above. The photos were captured by the Northeast Illinois Invasive Plant Partnership (NIIPP), an organization that helps prevent and manage plant invasions, and show massive growth of hydrilla in a mere 18 days.

Hydrilla grows up to an inch per day and forms dense mats of vegetation at the water’s surface, according to the Illinois Department of Natural Resources. Early detection can be key in controlling the plant, before it poses a threat to native plants and wildlife, recreational fishing and boating and waterfront property values.

NIIPP is seeking volunteers for a Hydrilla Hunt, a program that encourages Illinois residents to learn how to identify hydrilla and keep a lookout for the plant at local lakes, ponds and rivers. If you spot it, you’re encouraged to snap a picture and alert the organization, before the hydrilla can grow to the density seen here in the second photo.